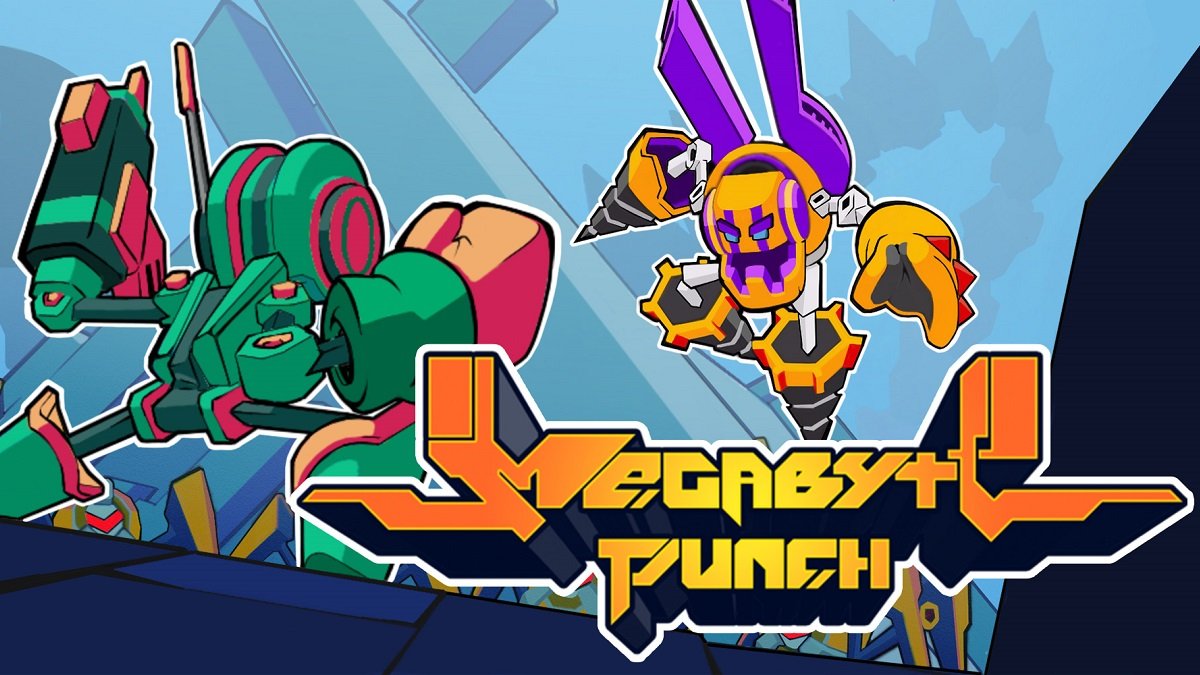 I have had my fill of feel-good games. The games designed to ease my tension and distract my mind from the crap going on around me. I’m ready to smash things but in a way that doesn’t feel like a completely glorified battle of blood and gore. Maybe something a little tech-based? Yeah, robots! YEAH! While we’re ticking all of the boxes, let’s throw in a kickin’ soundtrack and some multiplayer gameplay. Sounds good, right? It’s Megabyte Punch and it’s receiving a whole lot of electrofunk love on our Nintendo Switch right now.

What Is Megabyte Punch?

Megabyte Punch is a new game from indy developer Team Reptile. It is an electro-style punch-up game with the opportunity to build your own robot character from the left-over parts of your defeated foes. Yes, your robot cannibalizes other robots for parts. This part especially appeals to me. It’s a touch of environmental awareness with creative resourcing.

The storyline takes place in a computer universe, with you starting as a freshly created robot with all the standard factory settings. You have been created to help defend your ‘people’ from the Valk Empire and the dreaded Khoteps. Your mission takes you across multiple levels and stages into a range of environments with many enemies. Of course, it wouldn’t be a true battle without the ultimate boss fight at the end. And if that isn’t enough, you can always rope in a few family and friends to play. With up to 4 players, you can play local co-op through this story-line… or versus mode (read: beat the crap out of each other, Super Smash Bros style), with your custom-designed robots.

It really is a great game to help relieve my tension right now.

How Do I Play Megabyte Punch?

Okay, seriously. The game is available on Nintendo Switch and Steam, for around USD$14.99. If you play on the Switch, you gain two extra levels and can use your amiibos to add some exclusive details on your fighter.

The game itself is presented in classic 2.5D Platformer style, providing six (6) different levels, each with three (3) different stages, and a final Boss Fight. The graphics are bright and punchy, with a retro feel to support the tech-style environment. On a nice big screen, it works beautifully but it doesn’t carry over as well into the hand-held mode. You can still play it but the image details are difficult to see.

The control itself is akin to Super Smash Bros with the same frenzied pace and similar punch/kick/jump actions. There is a tutorial at the very beginning to run through these moves. There are additional moves to learn throughout the game, dependent on the robot parts you collect from defeated foes.

If the style of fighting reminds you of Super Smash Bros, then the ‘collection’ of robot parts will remind you of Mega Man, another classic Nintendo game from the ’80s (also known as Rockman in Japan). After defeating a boss or “Robot Master,” Mega Man would gain an ability to use that Robot Master’s special weapon. The same works with Megabyte Punch but it has evolved to allow choice directly from the player; your robot can collect more parts from a range of foes and use each of them to upgrade/develop your own style. What I love about this concept is the option for each player to customize their own robot. When playing in a family or group of friends, you start to see some very distinct personal designs and variations across the board. I am sure there is a psychology paper in there somewhere.

There are two different styles to play the game: adventure/story mode (through the levels), or gladiator-arena mode. It purely depends on what mood you are in, as I don’t have a preference between the two. Okay, maybe I like battling against my kids in the arena a tiny little bit more than the adventure but it truly depends on the day.

One of the things I really loved about this game was the supporting soundtrack. It captures the late-’80s electro-punk style and uses it to amp up the fight scenes without adding too much to the frenzy. I’ll be honest–my old uncoordinated hands took a little longer than the kids to be comfortable with the fight-style. However, the soundtrack gave me a rhythm to work with and made things very enjoyable.

Let’s be honest–I’m always looking for new games to add to my library. I am also a fan of indie developers and, of course, a fan of games I can share with the family. Megabyte Punch certainly ticks all of the boxes. It is retro enough to give me the false sense of security that I actually know what I’m doing (spoiler: I don’t) while not being too old-school to exclude the kids from playing. In fact, 13-year-old Sinister especially likes this game for both the fighting and the building of robots. There is no graphic violence; however, you do kick and punch other robots into walls or trees or the distant sunset.

My preference for gaming platform is the Nintendo Switch for Megabyte Punch, mainly because the family can play together. However, Megabyte Punch has been receiving many positive reviews on the Steam noticeboards so I think it’s a safe bet either way.

My review score: 4 out 5 cannibalistic robots

Disclosure: Evil Genius Mum received a copy of this game for review purposes. All views and thoughts expressed in this article are my own and not that of the publisher or the editors of GeekMom/GeekDad.

10 Halloween Costumes to Hit You in the Feels