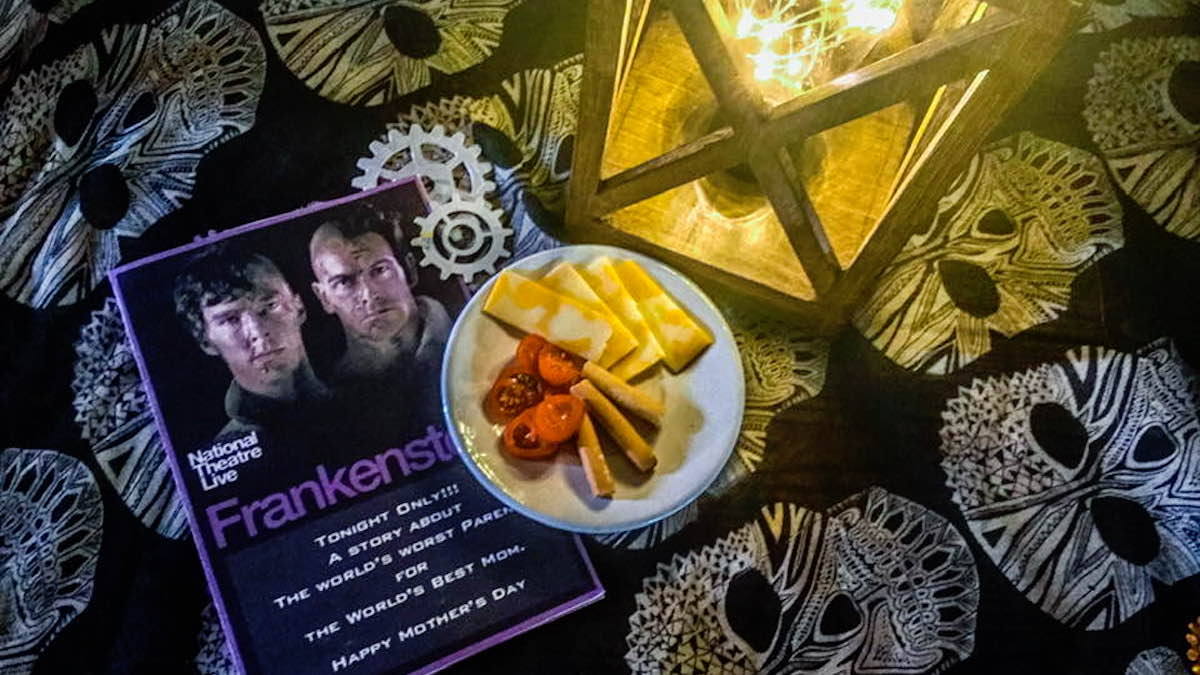 Little by little, the world is opening up again, but for the most part, a night out for dinner and a live show isn’t an option.

This might be a hard thing for families wanting to plan a surprise for Mother’s Day, or take anyone out for a birthday, anniversary, or just a “thank you for being you” gift.

For those of us still settled at home, you can plan a special “night out at the theatre” with the help of streaming events and a little imagination.

First, pick a show or event for the occasion. There are a few special streaming events we’ve enjoyed so far, and there are options for whatever type of household you have.

Andrew Lloyd Webber’s “The Shows Must Go On” YouTube Channel has been popping up selected free showings of his musicals for one weekend each, and many of these are good for families with tweens and teenagers.

This weekend, he’ll be showing his comic musical Hey Jeeves, based on humorist P.G Wodehouse’s characters Wooster and Jeeves. You can still see clips from some of his past selections, including Phantom of the Opera and Jesus Christ Superstar.

One streaming performance great for all ages and available for a $10 purchase on Amazon Prime is SpongeBob SquarePants Live on Stage, which is completely family-friendly and features music by David Bowie, Plain White Tees, Cyndi Lauper, They Might Be Giants, John Legend, T.I., and a ton of others.

Here’s “(Just a) Simple Sponge” from the musical written by Panic! At the Disco.

My pick for families with teens and older is the National Theatre at Home performances. National Theatre Live has been streaming one of their hit live performances for one week each. Last week, Danny Boyle’s Frankenstein starring Benedict Cumberbatch and Jonny Lee Miller was released through May 7, and the current performance (through May 13) is Shakespeare’s Antony & Cleopatra with Sophie Okonedo and Ralph Fiennes The upcoming show beginning May 14 is Inua Ellams’ musical Barber Shop Chronicles. I wouldn’t recommend these for younger audiences, but older teens would enjoy them.

For a “date night” without the kids, one of the most fun streaming entertainment events are the Geeks Who Drink quizzes. These are set up the same as the popular pub quizzes they host in several cities, with a new live quiz offered each week. However, each quiz remains on their channel for streaming anytime, if you want to just play for fun. This is a nice change from watching a movie or show, as it feels more interactive and keeps mental muscles working. They have also put some individual rounds, for quick quizzes. Here are some geography questions featuring Dad Jokes.

Now, once you have found your show, make it a full dinner theatre event. Create a simple menu to go with the show. Have a “SpongeBob Luau” or afternoon matinee tea and treats for something like Hey Jeeves. You can also create a small dinner buffet to serve before the showing and enjoy dessert during the performance. It doesn’t have to be expensive or fancy.

Don’t forget to set the table to go with the performance. Create a small place setting that might go with the show’s theme, and make a homemade card to announce the event. Kids can draw their own cards or make them on a computer. Playbill designs are the easiest ones to make, and there are many sites that already have simple templates if you don’t want to build one. The site PLAYBILLder is just one of the many places to check for ideas, but it is also easy to just start from scratch as you can draw squares and place pictures and text on basic desktop programs.  Here’s what I did on an old InDesign program. 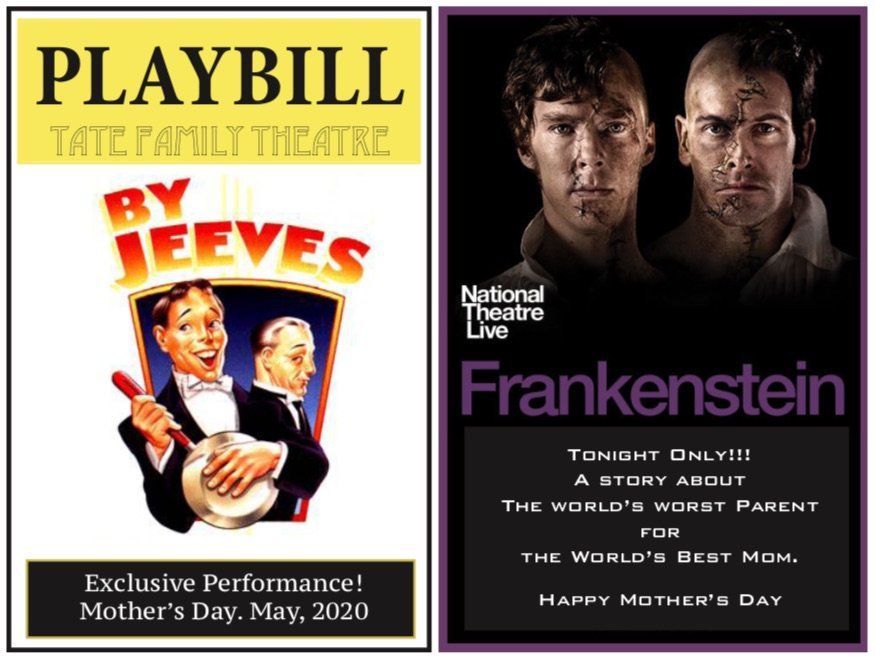 If you’re planning a pub quiz, make sure to have some answer sheets on the table, even if they are just old note pads.

Finally, you want to create an atmosphere. Hang some sheets or curtains around your television to make it look like a stage, or take the laptop outside for a patio pub quiz. If your kids want to get creative, make some show posters or find some items around the house that could work as props.

Just a little creativity can turn a night in into a gala or casual evening out. Until the curtains can rise again at the theatre or the doors open at a favorite restaurant, this Mother’s Day weekend gives us another opportunity to create that “out on the town” feeling at home, even for just a little bit.