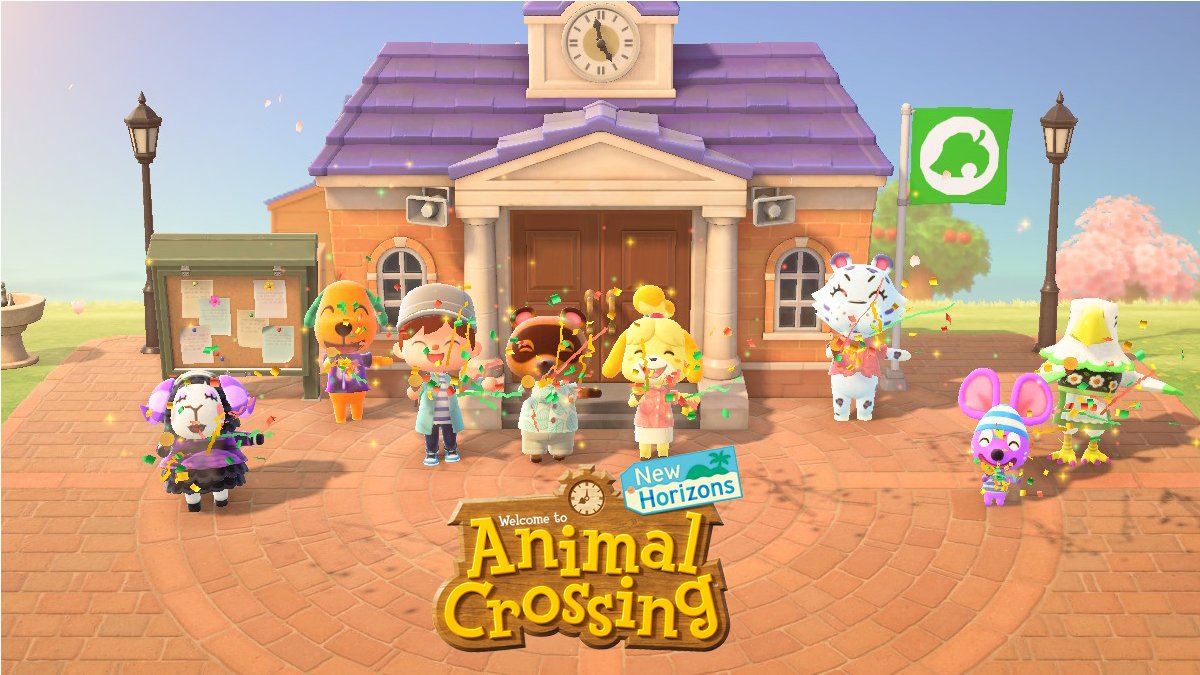 On March 22nd, just a few days before all my local stores would be shut down due to the pandemic, I ventured out in search of a distraction. On top of the pandemic, my grandmother had just passed away a few days earlier, my anxiety and depression were kicking in full strength, and I was at a loss at how to get my mental calmness back.

While trying to think of something I could buy to distract me, I noticed that a lot of my friends online were playing the newly released game, Animal Crossing: New Horizons (ACNH). I was bored enough and desperate enough that without looking it up, I drove to my nearest Best Buy and bought the last available copy hoping that the $60 + tax that I was spending would be worth it.

I’m not going to go into the details of the game here because GeekDad Z has already done that quite well. What I’m going to focus on here are the mental health benefits that it has offered me.

I will, however, give you a quick rundown of the game so you know what I’m talking about for those of you who have not joined the Animal Crossing cult yet.

A raccoon by the name of Tom Nook runs a business placing people on their own private island to live with a couple of other residents. Over time you create your own paradise all while going into debt to get it the way you want from upgrading your house to building bridges to wearing the latest in fashion. You are rewarded for your efforts with in-game currency (bells) and home and island ratings that tell you what other “residents/visitors” think of your work.

Now back to my story.

I inserted the game into my Switch Lite and proceeded to play.

An hour later I realized I was hooked. It not only distracted me from the world but it also gave me a much-needed dosage of happiness that did my depression and anxiety a world of good.

The idea of being able to craft, create, and decorate my own world amused me (even if it meant I would go into in-game currency debt in the process). I was able to pick out one of a number of island layouts, pick the place where not only my tent but my fellow resident’s tents would be built, and wander around fishing, shaking trees, and gathering fruit. All of which I hate to do in real life, but somehow the cuteness of it all didn’t make me mind doing any of it all while I was getting deeper in debt to a capitalist raccoon.

I got so into the game I started a task journal just for it that lets me keep track of my projects, tasks, and other items I need to remember about the game. I make it a point to play at least twice a day depending on my schedule (you get “nook miles” for logging in every day at the resident’s center).

At the time of this post, I just started my fourth debt for another upgrade to my house (a third room). Due to the massive amount of game debt I’m in, I no longer feel bad about my real-life student loan debt (a bonus feeling).

This game really could not have come out at a better time. It’s perfect for anyone who is stuck at home and needs something to occupy their brain-power other than social media. I also think this game is perfect for any age. Unlike other games I’ve played, you don’t have to spend any real money (it’s not even an option) to make progress in the game (I’m looking at you Disney Magic Kingdoms). An eight-year-old has the same advantages and disadvantages as their parents in the game.

Of course, there are ways to work the system like “Tarantula Island” or time traveling to get ahead and speed up the time it takes to get to the really cool aspects of the game, but it’s not necessary to enjoy it.

It’s easy to forget how long you’ve been playing until the battery alert tells you it’s been a while since you ventured into the real world.

For someone with depression and anxiety having a game or anything for that matter that lets you escape the current situation is worth more than its weight in gold. It’s priceless. I’m not the only one to think this either. I’m part of multiple ACNH groups and I’ve heard other people say the same thing. A bonus is that it’s perfect for any age that can operate a Switch themselves. And no age has an advantage over the other.

If you are looking for a mental break, try to get your hands on a copy of Animal Crossing: New Horizons and give it a whirl. For added in-game fun, join a Facebook community of players so you can trade, visit other islands, and learn tricks of the game together.

‘Inside Out’ on Blu-ray: Pixar Makes it Clear Women Can Do Anything!

Cyberchondria: The Good, The Bad, and The Neurotic Side of Internet Diagnosis