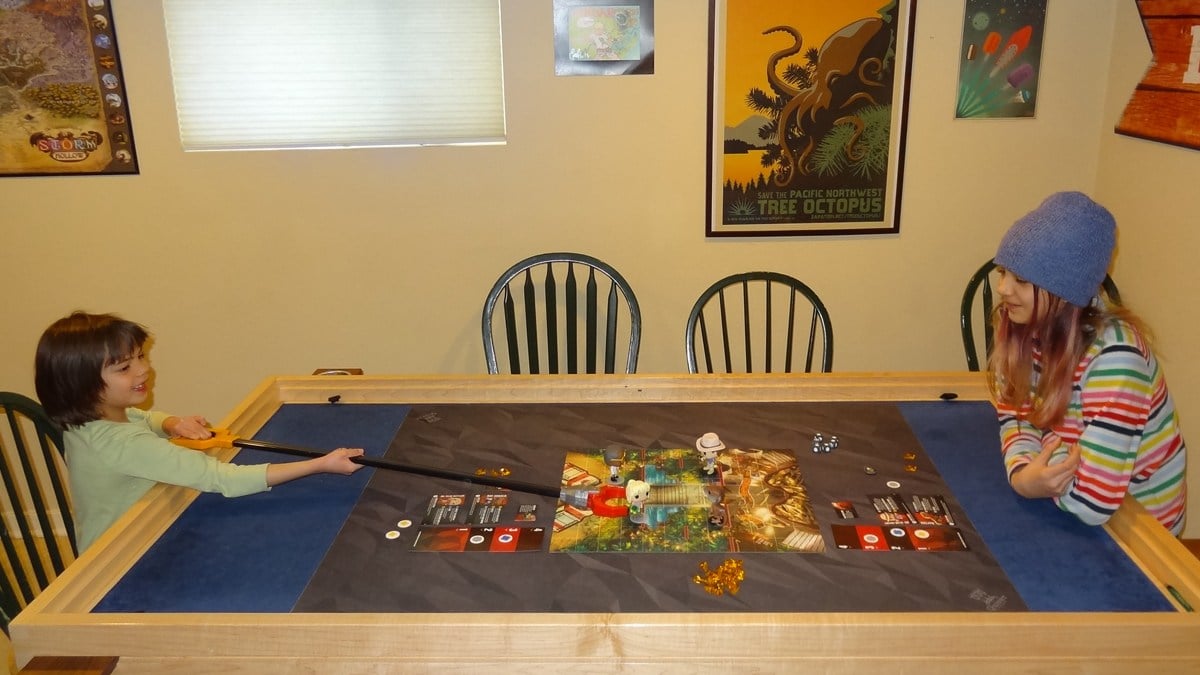 The word of the day is “distancing.” To prevent the spread of COVID-19, we’ve been instructed to wash our hands, cover our coughs, and to distance ourselves physically from others. There are a host of complications that come with things like school closures and working from home (particularly with both at the same time!), so I acknowledge that something like playing tabletop games can seem like a trivial thing—that for a lot of people, the new restrictions do not open up time to dive into hobbies like reading or games.

If you are somebody who is in the low-risk category and you’re able to assist the more vulnerable in our population (without putting them at more risk, of course!), I encourage you to use some of your newfound free time to do that! GeekMom Rebecca Angel had a recent post about some ways we can help, and I’ve also seen lists in my own community for signing up to do things like shopping for people who can’t get out to do that themselves. Again, practice good hygiene if you’re delivering things to high-risk folks!

For many, though, tabletop games are also a source of community and comfort: it’s one of the ways that I’ve been able to meet people and become friends. I’m no health expert so I’m not going to write a lot about how to handle that side of things, but I do know a good deal about games, so I figured I would share some ideas for how to enjoy tabletop games during this period of “social distancing.”

I’ll admit that when I first started thinking about this article, one thing I considered was a list of games that you could play that limited shared contact of playing pieces. After all, one of the biggest downsides to analog games during a pandemic is that you’re all touching the same things—shuffling cards and dealing them out, passing dice around, and so on. (Astro Trash is such a fun game, but would be a terrible idea at the moment.) There are some games (roll-and-writes, for instance) where players are only handling their own pieces and you could modify things slightly so that nobody else is sharing contact.

However, as I read a little more, it felt like it was still irresponsible to invite people to sit around the same table even with minimal shared contact, because (unless you have a huge table) you’re still within 6 feet of each other. Also, even if contact is limited and you only have one or two people over, one danger is that you aren’t just linking the few people who are over for games—you’re building a link between their entire networks. My wife is a family doctor and is still out seeing patients, so even though my kids and I are limiting contact, I don’t want to expose my gaming buddies to that larger network.

So, whether you’re isolated now because of COVID-19, or you just have trouble getting a group together in the future when these restrictions are lifted, here are a few options to consider:

“Back in my day, we just called that playing solitaire!” Okay, yes, solo games aren’t a new phenomenon. However, in the past few years, more and more games have started including solo modes in their rulebooks, much to the delight of gamers who can’t get people to commit to a game night. I’ll admit that I’m generally not a huge fan of playing tabletop games on my own, but single-player games seem to be getting better all the time, and there are even games that are exclusively for solo play, like Spell Saga or a few of the games in the Matchbox Collection that just funded on Kickstarter.

There are many cooperative games that could be played solo, even in cases where they weren’t specifically designed for solo play. As long as the game doesn’t involve limiting communication between the players, then it’s probably fair game for solo play.

And if all else fails, there’s always solitaire.

More and more tabletop games are getting digital adaptations these days, and on many different platforms: Steam, iOS, Android, and even many consoles from Xbox to the Switch. This isn’t a totally new phenomenon, of course. I’ve been playing Carcassonne on my iPhone for nearly a decade, and I’ve got two friends (one who moved to Australia a while back) who always have an ongoing game with me. There are a lot of older classics like Ticket to Ride, plus more recent titles like Mystic Vale (pictured above). I just saw an announcement that Wingspan will be coming to the Nintendo Switch this spring, too. For these, browse the catalogs from your platform of choice, and look for tabletop games there. Many of them have options to play on your own against AI opponents, or set up matches against friends or strangers.

There are also a few tabletop platforms (though I admit I haven’t tried them myself yet because I’ve been mostly analog up until now). Two of the most well-known are Tabletopia and Tabletop Simulator. Both of them offer a wide variety of titles that you can play with other people remotely. The trick with these, though, is that they’re a bit more like analog games in that they may provide you with all of the pieces and the ability to move them around or place them into certain parts of the board, but they might not actually teach you to play the game. So it’s a great way to play games if somebody already knows the rules, but it might not be the best first experience of a game.

While I do enjoy some digital game apps, what I miss in most of them is the face-to-face interactions with my friends. One solution I’ve used is playing physical games using videochat. I did this for my Pathfinder Adventure Card Game group when we couldn’t all physically be in the same place, and have occasionally played a few other games (like Pandemic, pictured above).

My setup includes an adjustable clamp to hold my iPad (the upside-down stool on the table is because the arm isn’t very long), but depending on the game you could get by with just using a laptop that is angled a little to point at the table. If you want a top-down view, you can also try making a stack of books or game boxes and prop your phone/tablet at the top so that it’s pointed at the table. In this particular instance, we also used my daughter’s laptop so that we could both be signed into Google Hangouts (under different accounts), to provide one screen that was just a table camera and the other for our face-to-face view. (Just be sure to mute one of the devices or you’ll get really bizarre feedback!)

There are, of course, some games that work better for this than others. Generally you want to play games that don’t require a lot of small text to read, whether because the game has none or because all of the players are familiar with it. (For instance, I wouldn’t typically recommend Pathfinder ACG for this, except that my group had been playing together for a couple years so we knew the game well.)

It’s also best to choose games where all the information is open—nobody has cards that can’t be seen by other players, and so on. And, of course, since your remote players can’t reach through the screen, you’ll need a game in which it’s okay for one player to handle all of the movement of pieces. Many cooperative games will fit the bill, particularly the type (like Pandemic and Flash Point: Fire Rescue) that feel like a puzzle, where everyone could make decisions by committee. But you can be creative about it. I was thinking I may try the Funkoverse games, because I could send images of the specific character cards ahead of time, but the pieces themselves are large enough to see on the board via videochat. (Do be prepared for a learning curve when describing movement, of course. “Move it that way—no, the other way. Wait, too far.”)

Another class of games that will work well is the roll and write genre (and related games). We could easily play a game of Welcome To or Tiny Towns over videochat—though generally the remote players would need to have their own copy of the game to play along. Some roll and writes have downloadable player sheets, though, so the remote players could print them off, and then one player is responsible for rolling the dice or flipping the cards on camera for everyone.

Although I’m isolating myself, I’ve also decided to make my own game library available to friends to borrow. Now, this is where you do need to be careful, of course. From what we understand now, COVID-19 can be spread through shared contact with surfaces (and then touching your face), and it can survive on cardboard for about 24 hours, and harder surfaces like plastic for up to 3 days. So for games I’m loaning, it’s one that I haven’t actually played or touched in at least 3 days. I wash my hands before handling it, and then set it out when my friend is arriving to pick it up. When they return it, I’ll sequester the game for at least 3 days before opening it or loaning it to anyone else. My hope is that, for folks who do find themselves with a lot of extra time at home can enjoy some of my games even if I can’t invite them over to play them. (Of course, please use caution if you’re going to loan or borrow games and minimize contact. If information about the virus changes, I may shut down the loaning as well.)

Finally, I’ll put in a plug for the game publishers, the people who make my favorite hobby a reality. I wouldn’t be able to share so many game reviews with you without them, and I know that they (along with so many other industries) are having a hard time right now with all the shutdowns. Many publishers are having sales on their games—in part as a service to help keep us sane while we’re all shut inside, in sharp contrast to price gougers who have been buying up hand sanitizer and face masks.

So, if you have a favorite publisher, go check them out and maybe throw a couple bucks their way for a new game!

Lone Shark Games has slashed prices in what they’re calling a “Save Our Sanity (SOS) sale,” and many of their games are also suitable for solo play, like the Apocrypha card game.

Cryptozoic has also marked down many of their games to encourage us to stay home.

Greater Than Games is offering their digital content for FREE, which includes the Sentinel Comics role-playing game and the Cheapass Games in Black and White book, a retrospective about an innovative game publisher.

Inside Up Games is giving 19% off with free shipping using the code COPLAY19.

Those are just a few examples! I’ll update this post with more as I come across them.

I hope you find some of these tips handy for continuing to enjoy tabletop games while staying safe! If you have other ideas, share them in the comments!

Click through to read all of “Tabletop Gaming at a Distance” at GeekDad.If you value content from GeekDad, please support us via Patreon or use this link to shop at Amazon. Thanks! 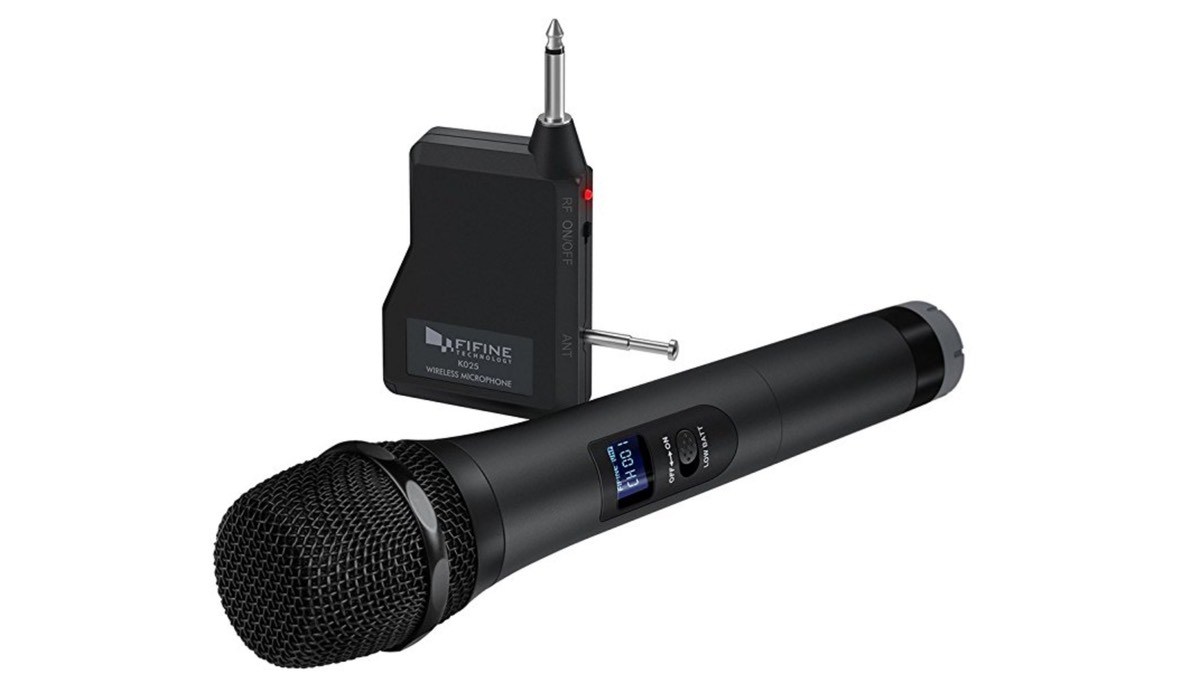 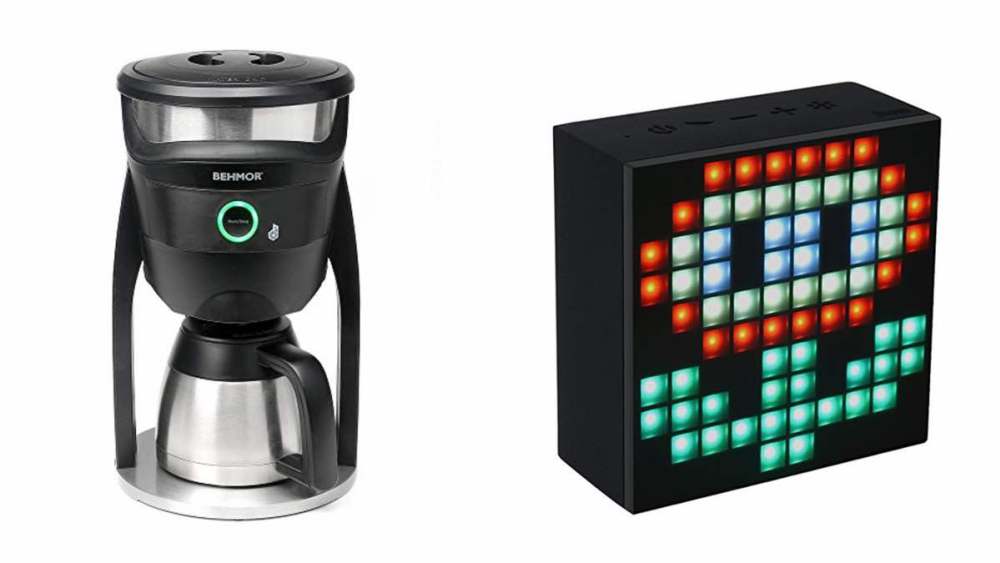 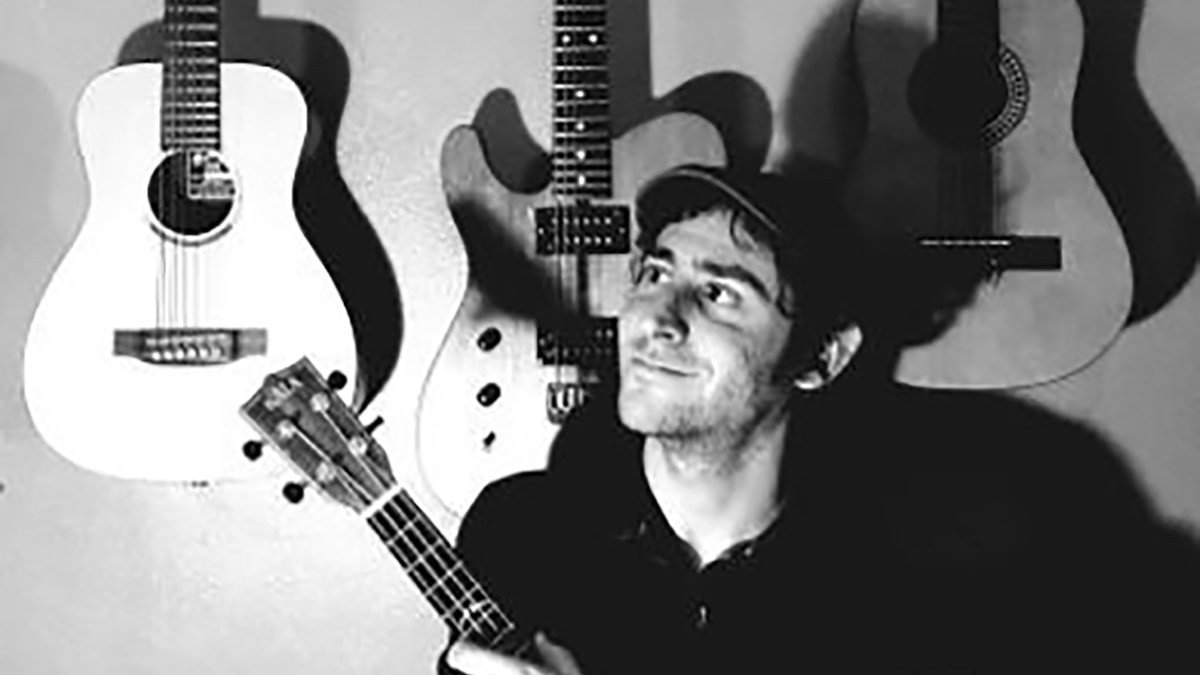