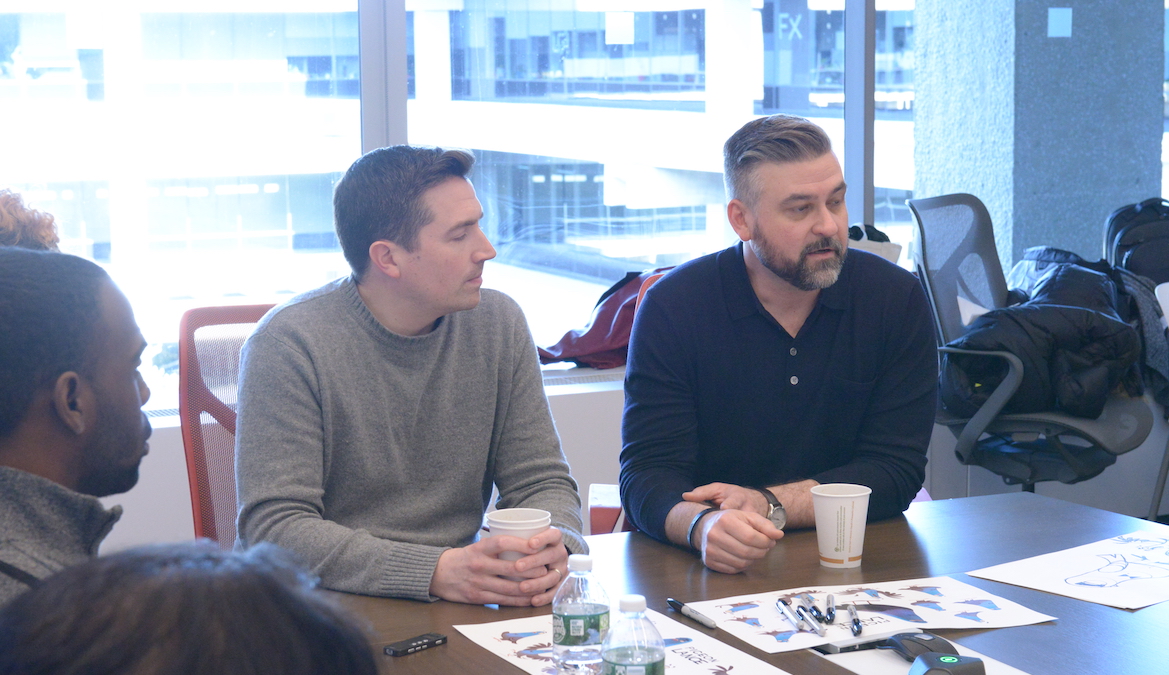 Spies in Disguise started with a unique concept: a superspy is turned into a pigeon. But that’s only the exciting incident that kicked off the story that eventually became the movie being released on DVD this week.

To create the movie, that story had to be built from the ground up—first from a script, then the visuals of characters to storyboarding the sequences, then animating those sequences to convey everything that was wanted, to color choices, lighting, and finally to the finished project that you can watch at home.

As a prose writer, I’m familiar with how to create a story with words. But during a visit last week to Blue Sky Studios, I saw just how complicated it can be to create a visual story.

Basically, making an animated movie is a continually moving series of parts that must be fitted together at the end, created by people passionate about their work.

Spies in Disguise: The Story

Once directors Quane and Bruno received the go-ahead to create the movie from the script, it started with straight lines. Literally.

As the art team began to work on Spies in Disguise, the first element was the design of Lance, the pivotal character. They crafted a character from nearly all straight lines, from shoulder to shoulder, a squared face, and long straight legs. Everyone else in the movie played off that. Look how straight Lance is versus his polar opposite, Walter:

And look at how similar the design of Lance is to Killian, his evil mirror image.

From there, Vicki Saults, Head of Sculpting for Blue Sky Studios, created a three-dimensional sculpt of Lance that was then scanned into the computer so animators could play with him on the computer and refine the details they needed. The details of this sculpt were amazing, right down to thin string covered in clay for his shoelaces.

Storyboarding is exactly what it sounds like, computerized drawings of a sequence in order to show the story flow.  While we were at Blue Sky, Adam Coates, the Head of Story, and Story Artist Jeff Call played the storyboards for the key sequence in which Lance transforms into a pigeon while Walter tries to reassure him. Storyboarding is not about the details of the drawings, it’s about how the story flows. It was a fun presentation because the storyboarders literally provided the voices for how the sequence would run.

The program they use, a version of Flix, allows them to number each drawing uploaded into that sequence. The drawing keeps that number, even while it may be moved around in the sequence. But the sequence is also a number, so it tracks which individual panel belongs in which spot.

These storyboarded sequences then go animation, where they become something that looks close to what the movie will be like.

But that doesn’t mean storyboarding is finished when it goes to the animators. Often, it will be decided that certain sequences don’t work, so they come back to be worked out, before heading off to animation again.

Once the story is set, the animators set about creating complex visuals. But it’s not just about working with what’s in the computer. Often, the animators act out sequences to get a feel for how people should move or look or react in animated form.

For instance, Senior Animator Jackie Tarascio acted out one key scene between young Walter and his mom, so Tarascio could have a sense of how a child moved during that kind of conversation. One thing she discovered is that children fidget and wiggle even when they’re listening, and that made it into animated form.

In the above video, you can see a valiant attempt by me to act out Walter during his first meeting with Lance. The live-action gives animators like Tarascio a great reference for facial and body movements.

You would think that a movie must be mostly finished by the time it gets to adding special effects and lighting. But these two elements are much more than about polishing the film: they add essential story elements.

For instance, Special Effects Supervisor Elvira Pinkhas and Lighting Supervisor Jeeyun Sung showed the before and after of two key sequences: the car chase at night when Walter and Lance the pigeon flee their own agency and a battle with Killian set in Venice’s Piazza San Marco. (Yes, it was also featured in Spider-Man: Far From Home.)

To add light and effects to the car chase sequence, headlights needed to be added, as well as ambient lighting in the rest of the city. Before these effects, the sequence looks nice, but it lacks atmosphere and realism. After, it’s a tense nighttime action sequence where the light helps the viewer follow the action.

Before special effects and lighting, the Piazza was there but without background. The final sequence is a beautiful one as the sun sets in the Piazza, framing Killian being attacked by Lance’s pigeon friends.

A Word About Colors

One of the coolest parts of the presentation by Production Designer Michael Knapp showed all the care that went into the color palettes of certain scenes for Spies in Disguise. For instance, the spy agency was coded in blue/turquoise, while contrasting colors were used for other characters or other sequences. Walter’s colors are brighter, more towards the red, while Kilian’s colors are a darker version of Lance’s primary colors.

These are not things a viewer would pick up consciously, but they make a huge impact subconsciously. It changes the mood of the viewer. It signals a change of setting. It can even signal how a character grows throughout the story.

Spies in Disguise: Putting the Story Together

The whole process of the story creation of Spies in Disguise, like any animated movie, is one big rolling exchange between the directors who oversee it all and the various designers who have input on the look and feel of the story and its characters.

The storyboarders are like the ones who shift the plot to visual form. The animators are the pencilers, inkers, and colorists of a comic book that create the magic that story come to vibrant life. This takes a great deal of time and communication. Spies in Disguise, for instance, took four years to get to the finished product.

These creators take literally months to put together sequences that pass by in five minutes.

All of them are essential. No step can be skipped.

Looking at the labor involved and how many people have to be on the same page—how many have to be invested in the work—it’s a tribute to the focus and passion of those involved that the end product can come out so well. 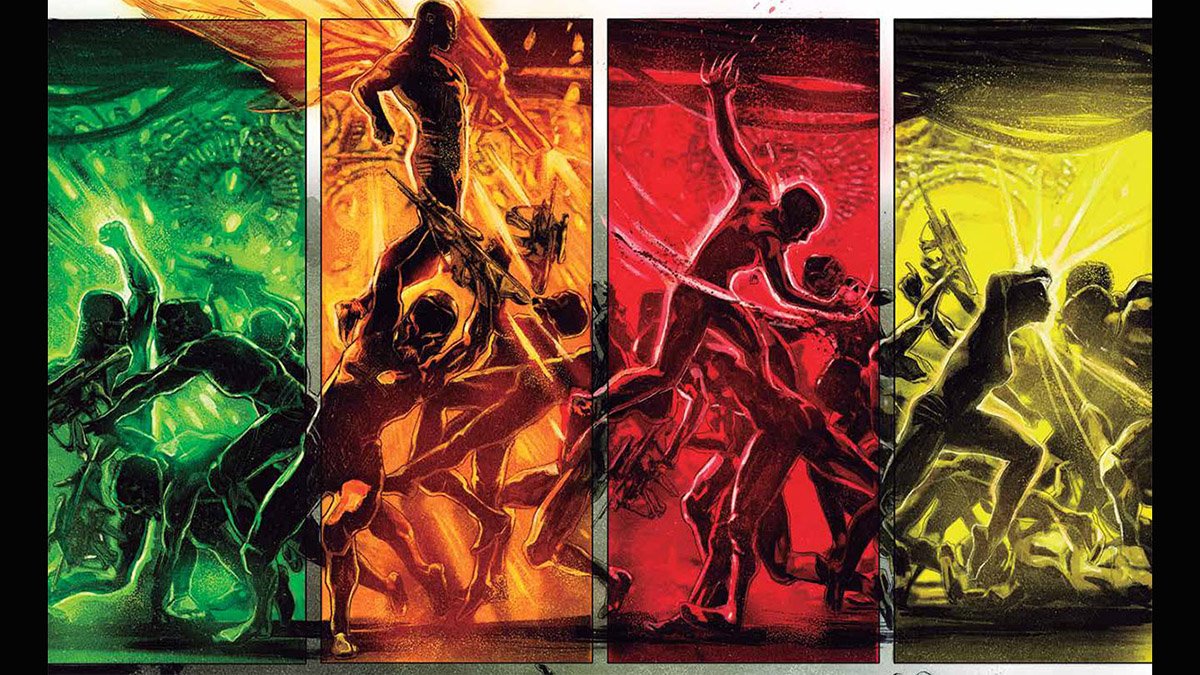 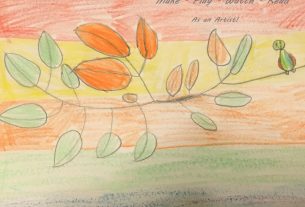 Make/Play/Watch/Read: Find the Artist Within