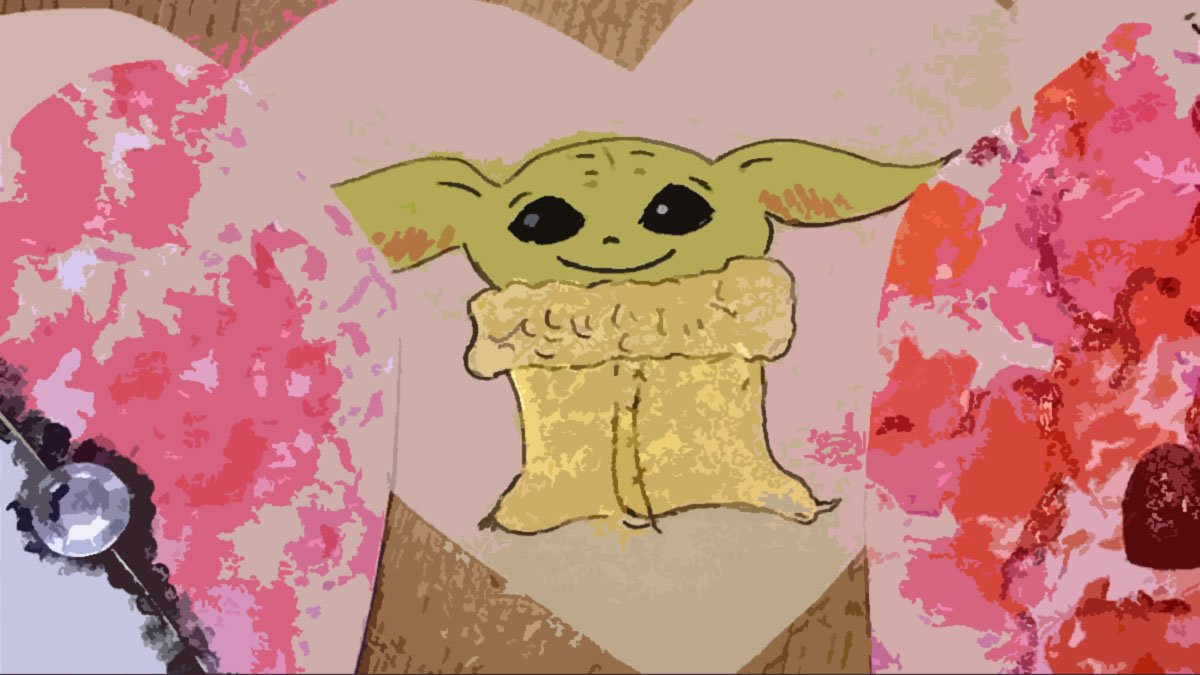 Whether in February or anytime of year, it is hard not to fall in love with The Child (aka Baby Yoda) from the Disney+ series The Mandalorian.

It is probably because of those big black eyes, wobbly little steps, or oversized ears, but it is also because there’s a warm familiarity with other favorite, huggable characters it resembles.

Some admirers and critics have quickly likened “Baby Yoda” to the Mogwai, Gizmo, of Gremlins fame, and one internet meme even dubbed The Child “Space Pikachu.”

What this means is there is a trio of cute little big-eared, cuddly creatures perfect for sharing hugs and happiness this February 14 and pretty much the rest of the year. For the next two weeks, I’ll share some easy, handmade crafts using one idea that can be modified in three different ways.

For the basic pattern, print out the following card and character template to begin: 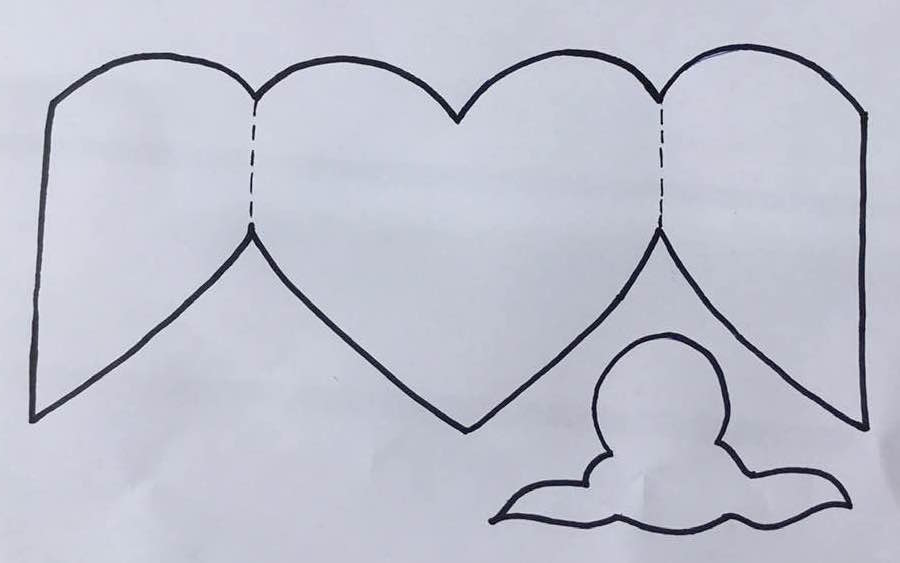 Cut the heart card out and fold the outer two flaps inward together, so it looks like a single heart. For the character, cut the shape out to create a simple stencil.

For the cover of the cards, sponge on the colors as follow:

For The Child: Make the cover look like its floating pod by sponging on silver or grey paint, and draw horizontal through the middle, as shown. Place three little square paste-on jewels or pieces or foil paper in the center.

For the Mogwai: Make a gremlin egg by sponging a little red, pink, and orange dabs over the top. Add a few “seams” with extra red paint and, if you want, some glitter.

For Pikachu: Leave one flap white and sponge red paint over the other half for his Poké Ball. Draw a black line down the center, so it covers both flaps a little, and a black dot in the middle. Add a round paste-on jewel or pearl in the center of the dot.

Once these covers dry, open then up and add the characters, first by sponging the correct base color for each character: light green for The Child, White (or beige) for Gizmo, and Yellow for Pikachu.

For The Child: Use a cotton swab to sponge a robe over its body in tan, then draw on the details thin black felt tip marker as shown:

For Gizmo: Using a swab, dab pink or light brown over his ears, on his hands and feet, and where his mouth will go. Dab some darker brown areas on his fur to give him his two-tone coat. Now add the details, as shown:

For Pikachu: Use a swab to dab on a lightning-shaped tail, and use a thin felt tip marker to add his details as shown:

Once done, write a little personal message next to them and leave them where someone who needs a smile can find them. 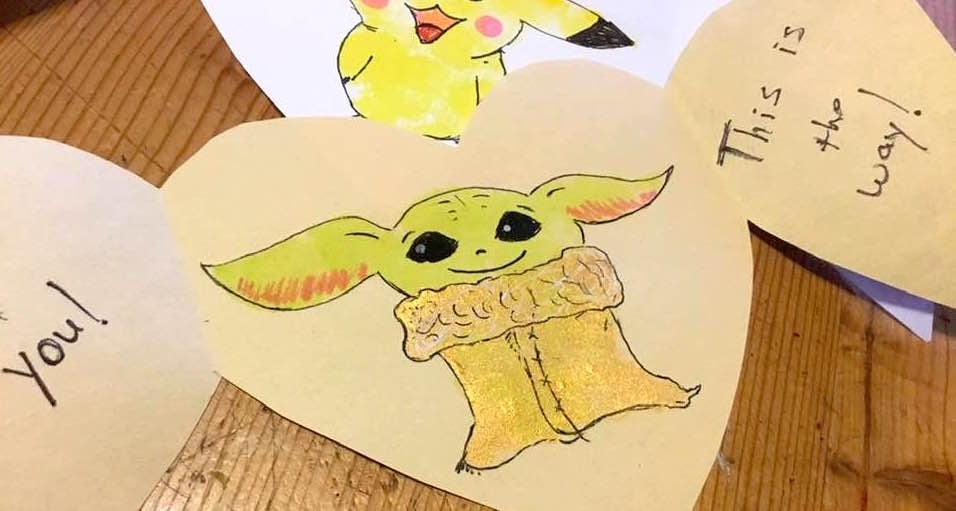 Next week, we’ll revisit these three characters with a more 3-D approach.

Get Clean For Halloween