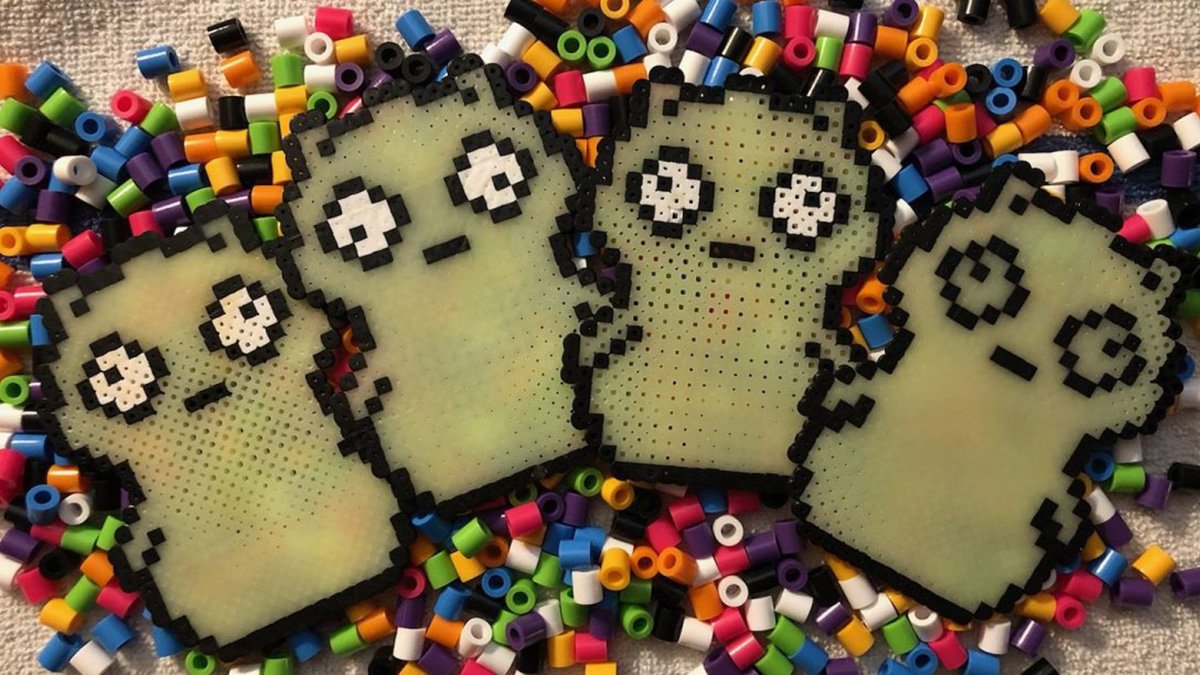 We have a tendency to be all in with our passions in our household. We will try out the expansion pack for every favorite game, offering no guarantees as to whether we will like it or not. If a movie is coming out, we will read the book first. Though, admittedly, some of us are more fastidious about this. It gets a little more intense when we start to craft. When my son received the Octopod for Christmas in 2012, we quickly constructed a seabed from a discarded Christmas box and some tin foil. When both boys became obsessed with The Octonauts, I created a set of masks so that they could pretend to be their favorite at any time of day.

While on winter break in 2018, all three of my children were deep into True and the Rainbow Kingdom on Netflix. Toys being scarce, mum upped her Amigurumi game and “we” created wish after wish. 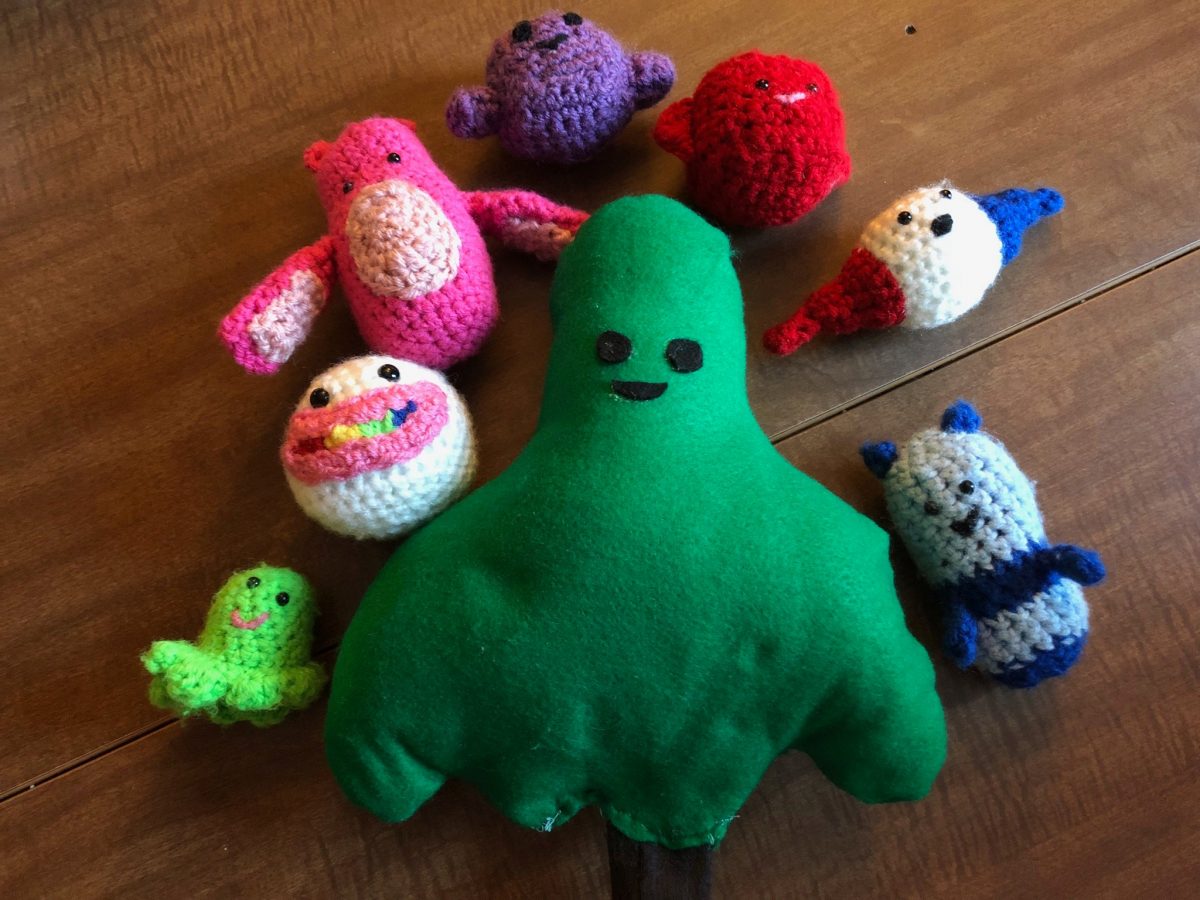 This fall my kids discovered Perler beads, and we have been a nonstop creation station ever since. Perler beads have been around since 1981, and are known as Hama beads in England, Psylla beads in Ikea. This form of beading seems to have seen an uptick in 2019, with the first national Perler bead day being held in September. My boys quickly discovered that many of their video game characters translate well to this medium, culminating in a Christmas miracle: Dig Dug Christmas tree ornaments for Daddy!

I love this craft. Though I certainly don’t need any more hobbies, or obsessions, the speed of this craft, and the full family experience it provides, lures me in every time. When it came time to choose a design for me, myself, and I, we had just found glow in the dark Perler beads, and so for me, there was only once choice, from season 7, episode 1 of Bob’s Burgers, “Fluoise.” The Kuch. Kuchi Kopi. He’s only my favorite toy.

There are several Bob’s Burgers Perler designs online already, from other people whose interests also intersect at the corner of Perler and Belcher. I took my inspiration from Burrito Princess, and the result was fantastic. So fantastic that it was immediately stolen by my tiniest thief, I mean child. Thieves and usurpers all, I made four Kuchi Kopis in total, three of which were stolen. When I finally made my fourth, with glow in the dark eyes, that was stolen, again by the tiniest thief, who gave me back the original. 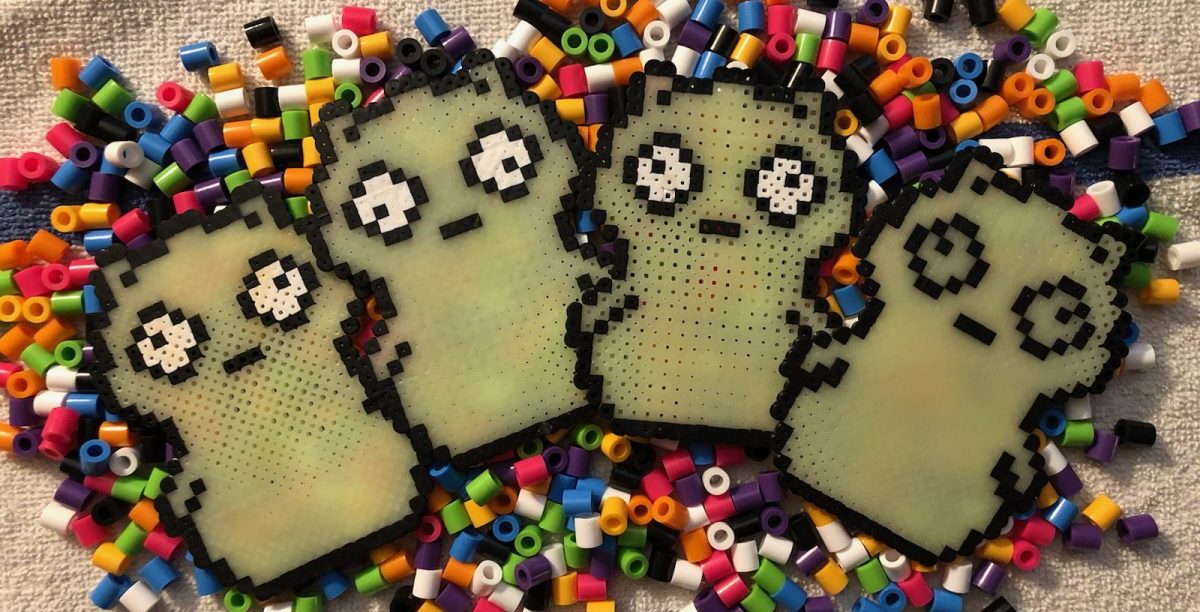 What happened next is unclear. Did I become obsessed with Louise Belcher’s flu-induced dream? Did my kids become demanding? You say potato, I say pot-ah-to. All I know is that within a day of the last Kuchi Kopi creation, we had a Bakenako, followed swiftly by Mizuchi, Dodomeki, and my personal favorite, Akkoro Kumui. 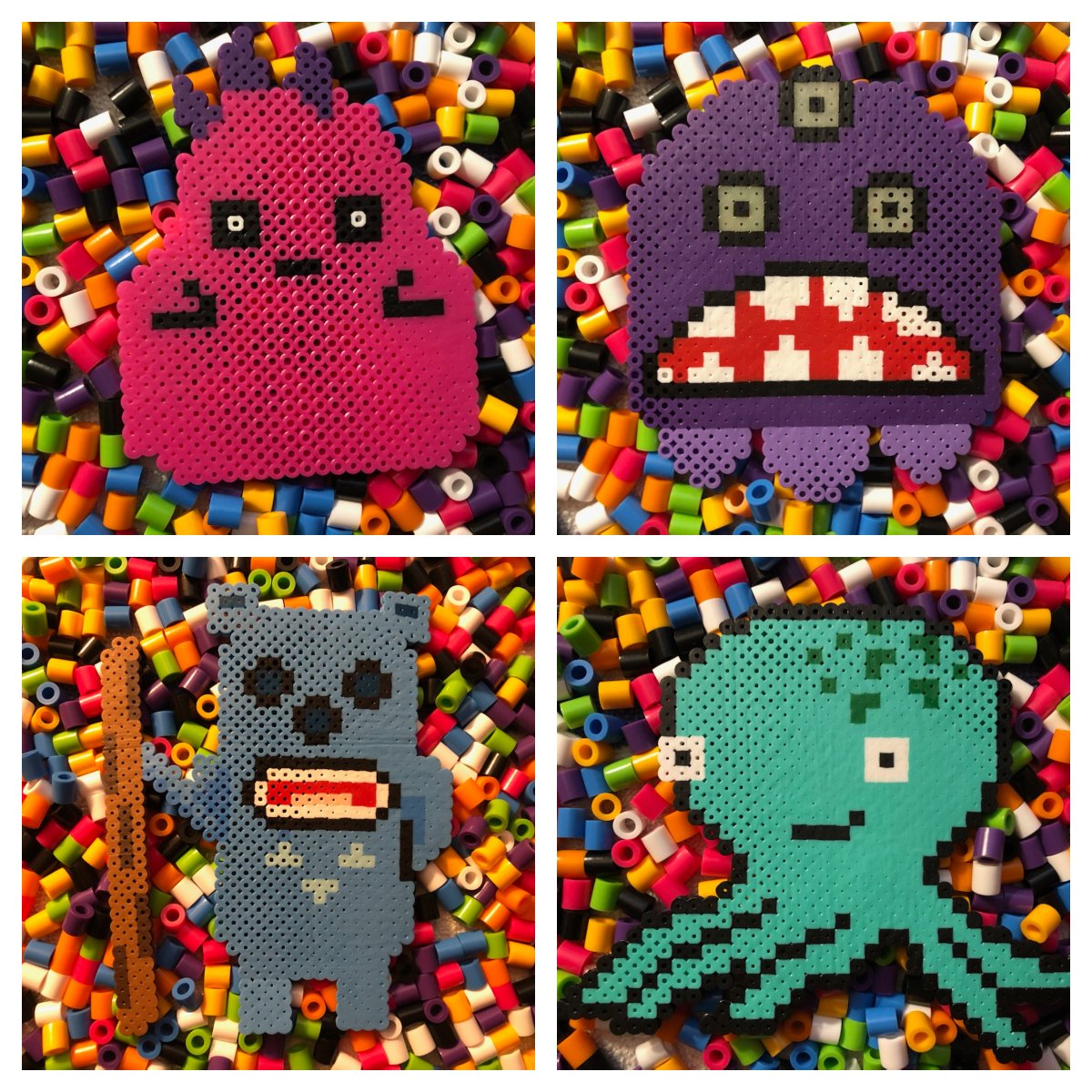 These characters lend themselves wonderfully to this medium, but with no end to this new craze in sight, I am wondering which community will be created next? While I drown in Perler beads, both on Pinterest and at my kitchen table, I think I’ll move on to Star Trek: The Next Generation. Make it so. 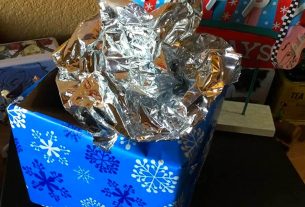