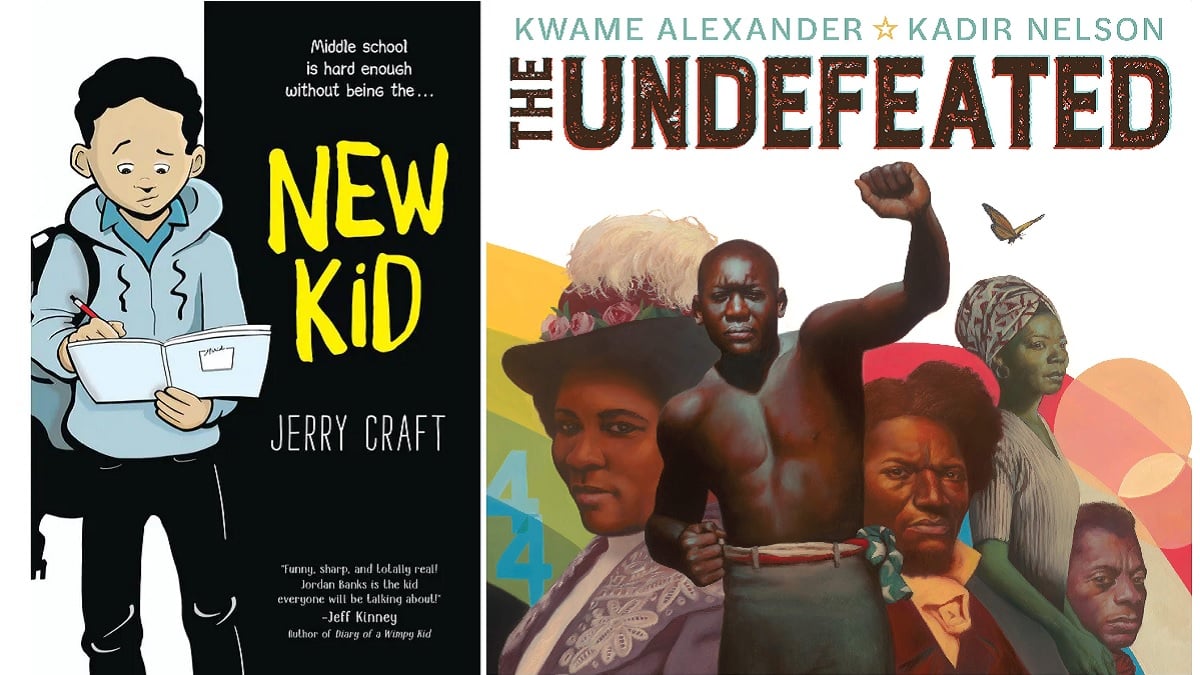 It’s the time of year for Award Shows, and my absolute favorite streamed live from Philadelphia Monday morning from the American Library Association’s Midwinter conference: The ALA Youth Media Awards!

The full list of awards and winners can be found here. Consider that a GeekLinks. But I’m going to add a few more notes and reviews here to highlight the ALA Youth awards.

First, for all you lovers of the comic book format, you should know that, for the first time, the Newbery Medal for Outstanding Contribution to American Children’s Literature has gone to a graphic novel, New Kid by Jerry Craft.

Once before a graphic novel (or, memoir in that case) has taken a Newbery HONOR, or runner-up (El Deafo in 2015), but, being that the words of a Newbery winner have to stand on their own without the aid of pictures, it’s rare to see any illustrated book take a Newbery, let alone one in a format where words and pictures are completely intertwined.

I haven’t read New Kid yet, but I was pleased enough that I’d already bought it for the library, along with all the Newbery Honor books. I do my best to keep up on all the books getting award buzz each year to make sure we already have the most likely contenders, but every year books slip onto the actual ALA Youth award winners lists that I not only haven’t bought, but haven’t even heard of.

That was true for one of the Caldecott Honors, Double Bass Blues.

The other Caldecotts we did have in our library, though, because one of my favorite things to do each year at the library is to hold a Mock Caldecott, and those are the books I watch for the most.

So it is that the only of this year’s Newbery Honor winners I read is also actually the Caldecott Medalist. The Undefeated was originally a poem that Kwame Alexander (a previous Newbery Medalist himself) had written for ESPN, but it developed into a tribute to all African-American history good enough to take a Newbery Honor this year. But it’s the stunning portraits by Kadir Nelson that won the Caldecott Medal. A lot of people think kids don’t appreciate art, but I saw several kids gravitate right to this book at our Mock Caldecott, and enough of them voted for it that it took our Mock Honor.

Speaking of notable African-Americans brings us to another First: this is the first time both the Newbery and Caldecott Medalists also both won the Coretta Scott King Author and Illustrator awards, respectively, too. The Coretta Scott King is one of the minority-voices awards designed to give underrepresented cultures more recognition at awards time… this year the top African-American-created books didn’t need the help!

If you wondered what our Mock Caldecott MEDALIST was at our library this year, we’ll find it in another of the minority-voices award categories: I’ve seen ¡Vamos! Let’s Go to the Market by Raúl the Third (or Raúl Gonzalez officially) described as “a Hispanic Richard Scarry”: imagine Busy Town with Spanish words and luchadors strolling through the background, a Where’s Waldo (a comparison one of our library voters made)-esque visual feast that you could stare at for hours and not catch every detail. It naturally landed an Honor in the Pura Belpré Illustrator Awards for books that “best portray, affirm and celebrate the Latino cultural experience.” Who’s Pura Belpré? Maybe you should read Planting Stories: The Life of Librarian and Storyteller Pura Belpré, by Anika Aldamuy Denise and Paola Escobar to find out! Naturally, this book about Pura Belpré won a Pura Belpré Author…Honor.

Yes, you read that right. A book about the lady the Award is named after only got an Honor.

Yes, I always find these awards exciting, but mostly from a professional standpoint. “Oh, yay, that’s a book I know kids will like! That’s a book with something valuable to say and it says it well! That book has beautiful pictures! I have been following that author on social media for decades and feel oddly as if a friend of mine has won (congratulations on your American Indian Youth Literature Young Adult Book Award, Cynthia Leitich Smith)!”

There’s work, and there’s fun, and admittedly my work tends to be more fun than the average job, but still, it hadn’t occurred to me that something I’d read with my own kids outside of work, just for fun, might take a top award.

But Sal and Gabi was my number one favorite thing I read last year! It even tied for one of my favorite middle grade books of the decade, when I tried to determine my faves of the decade last month! I am bummed that I didn’t get it into the end-of-the-year “Best of Between-the-Bookends” post on time, because my love for it is so PASSIONATE it needs to be reiterated! It’s weird and funny and heartbreaking and so, so special, I still get flubbery talking about it.

That link up there is the “Between the Bookends” with my review, but I’m going to link to it down here again anyway just to make sure you don’t miss it!

So, although I do cheer aloud alone with the livestream most of the time, I squealed with joy over that one.

Actually, while most ALA Youth award-winners do lean toward serious, there’s one category you can always count on to be fun: the Geisels! Named after Dr. Seuss. These awards are specifically for books that beginning readers enjoy reading, so while other categories lean toward pensive, the Geisels always lean toward funny.

My Mock Geisel library voters have a habit of picking winners. The only reason our Mock vote didn’t match the real vote was because…uh, we didn’t have two of the books. But TWO of the Geisel Honors—Chick and Brain: Smell My Foot! and Flubby Is NOT a Good Pet! —were also our Mock Geisel Honors! I happen to love Smell My Foot more than one would think natural, so I have to give it its own separate plug, too. I mean, it’s just a funny title. But even funnier is that silly title somehow manages to carry a whole four (very short)-chapter story, with clever jokes and irony and twists.

Anyway, those are the most important things I have to point out about the ALA Youth Media Awards this year, but there are a lot of great books on this list that I haven’t mentioned, so let me link to the full press release again to remind you to check it out.

Also, when looking back to see how many of the ALA Youth award winners had been reviewed on the GeekFamily sites, I found a lot in GeekDad Jonathan’s “Stack Overflow” columns. This one has two Asian/Pacific American Awards, a Coretta Scott King Illustrator Honor, and a Schneider Family Book Award; another has a Schneider honor; this one has one of the Geisels I don’t have; this one has a Sydney Taylor honor; and this one has another Pura Belpré Author Honor. So yay, Jonathan, for staying on top of things!

I’m sure you’ll find something on the list for all the readers in your life, so happy reading! 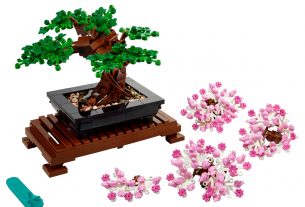 Preview of LEGO Products for the First Half of 2021

Crafting the Detective: My History of ‘Sherlock’ Projects