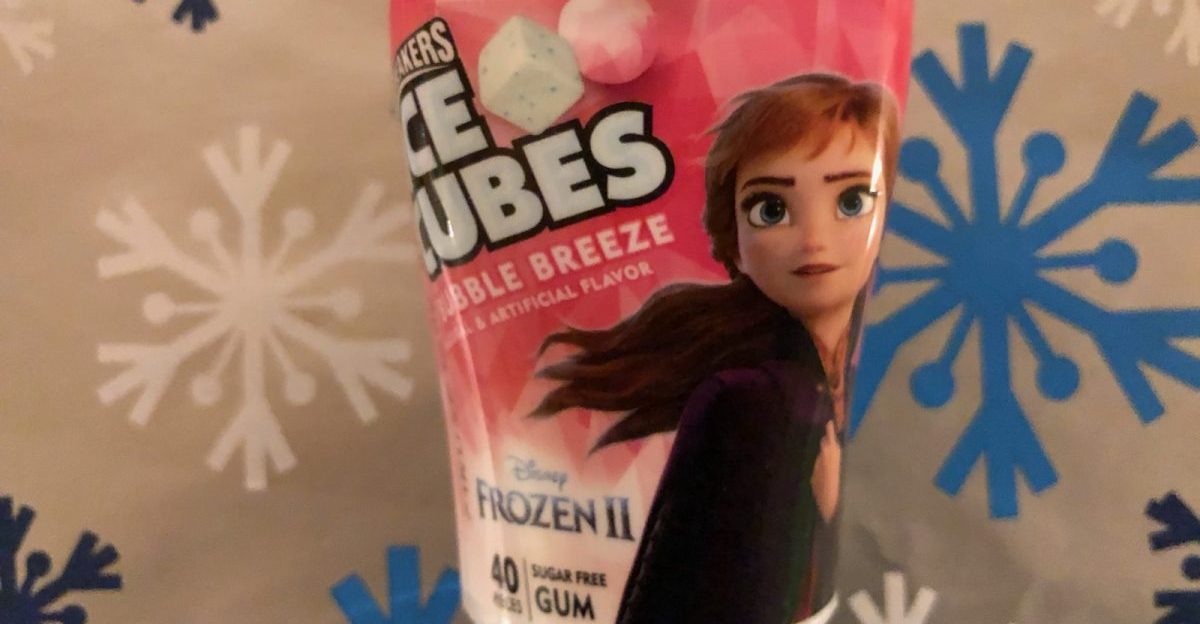 Six years after the mega-hit that was Frozen, we have again been sent back into the world of Arendelle, to be absorbed by sisters, song, and snow once more. I missed out on much of the fuss the first time around, but this time, I have a four year old daughter. Somebody send help.

When my daughter first discovered the original movie, we raided the toy cupboards of friends, whose offspring had been obsessed with the Arendellian sisters, and had already discarded the toys. This is how cuddly Elsa and Sven ended up sitting in the empty chair next to me whilst watching the second movie. Since seeing Frozen II, Frozen fever has been running high in our house, with almost daily showings of the original movie, in addition to Olaf’s Frozen Adventure. So this Christmas for us us, is largely the Christmas of Arendelle, and there are plenty of new toys, books, and paraphernalia to satisfy any degree of Frozen frenzy that may have hit your house.

Stocking Stuffers
In miniature form we have several additions to the stocking this year. Frozen Jelly Belly, Frozen Pez dispensers, even Frozen gum. From the dollar store collection we have toothbrushes, expandable washcloths, and a variety of non-branded ice related paraphernalia. Also, when hitting up the party store for advent goodies, I was able to snag some bits and pieces in the form of party favors. If you are looking for something a bit more substantial for a stocking stuffer, you can try Frozen Uno, and even Frozen Perler Beads.

Last Minute Buys
There are an almost ridiculous amount of options right now for add-on gifts. In fact there’s barely a store you can enter that does not have something branded with the characters from Frozen II. If like us, you had largely finished your Christmas shopping prior to seeing the movie, you might be in a bit of a pickle now that your child is yelling “I need more Frozen toys’ every time someone asks what she wants for Christmas. There are a couple of inexpensive last minute items that should quench that thirst and allow your child to let it go. Firstly we hit the Lego aisle. While there are many big kits out there, from castles to woodland scenes, we all know that most kids are all about the Olaf, and this Lego Olaf figure building kit will satisfy siblings of all ages. He stands 9 inches tall, has movable appendages, and comes complete with bow tie and book. In our house has has taken on a rather Elf on the Shelf kind of role at the moment.

Then of course we have the wide selection of dolls available once more. Some are silent, some are cuddly, and some of them sing. Personally I have a soft spot for Anna over Elsa, and, despite an obsession with the Broadway musical Wicked, I prefer the vocal talents of Kristen Bell over Idina Menzel. This singing Anna doll sings one of my favorite songs from the new movie, and one of my own personal life mantras “Do the next Right Thing.” It’s not quite the ear worm that was “Let It Go” but the message that life can be hard, you just do the next right thing, is something I want my kids to learn from me. If I can accomplish that through song, so be it.

For those little hands that have yet to reach the Lego or doll phase, this movie comes with a really nice selection of toys from Little People. My ten year old picked out the sleigh, complete with Anna, Kristoff, and Sven, for his sister. Choosing this over the Toy Story 4 selection of Little People. The toy lights up, and if your kids are anything like mine, this is the toy most likely to bring on adorable renditions of “Reindeer Are Better Than People.” That’s all I want for Christmas.

Media
When I was a kid, I would always get a few CDs and VHS movies for Christmas. With Spotify, Pandora, and oh-so-many streaming services, this isn’t something that my own kids have dipped into. However, we do tend to purchase select movie soundtracks or books on “tape” to listen to in the car. There’s a Frozen II read-along storybook, a soundtrack for each movie, and a recording of the Broadway musical. You can purchase the DVDs, or present the family with a Disney Plus Subscription if you have yet to pull the plug. If you like your media to be a bit more interactive there is a Frozen II Osmo learning game that works with both Kindle Fire and iPad, and a Frozen II Kano coding kit, for Kindle Fire, iPad and PC. If you like your media to be more 3D, and want to win parent/aunt/uncle of the year, then you can always hit up those Frozen on Ice or Broadway tickets. Frozen fever is pretty pervasive right now.

The Main Attraction
Speaking of parent/aunt/uncle of the year, there are a few toys that have been released along with the new movie that take obsession to a whole new level. For anyone who couldn’t quite let it go last time, these will scratch that itch and then some. On a recent visit to the Disney store, my daughter fell in love with the child size Sven. She pet him, fed him, sat on him, pushed other children away from him and into the boxes behind them, ah memories. At 3 feet tall, he supports a child up to 70 pounds, featuring 20 sounds, including 2 phrases from Kristoff the reindeer. He is both soft and sturdy, as any good reindeer should be, and only the size of our house prevents me from adopting him permanently! I will be forever indebted to the Disney Store for not having the Frozen II Ride On Sleigh on display, as I fear it is far too amazing for my daughter to walk away from calmly. It doesn’t look very sturdy, but oh how it would feed the imagination. The 6 year old inside of me wants it, I can only imagine how a real 6 year old would feel. More our speed for a main gift would be a large selection of dolls. I am particularly partial to the Arendelle Royal Family set, as I really like the way the parents are presented in this second move. I also have a soft spot for young Elsa, for her rows and rows of satin gloves, for the sadness in her eyes.

There’s still just about two weeks left until Christmas and while some of these things are in my basement waiting to be wrapped, so many of them aren’t, and I see new temptations every time I venture out to Target. I have no idea what witchcraft will work its way with my Christmas shopping before December 24, but as of yet I have not been able to let it go, and I continue to gravitate towards these toys everywhere I go.

GeekMom received the Lego Olaf kit and singing Anna doll from the manufacturer for review, everything else was sent by Hades to torture me.

Why Are We So Hard On Our Heroines? 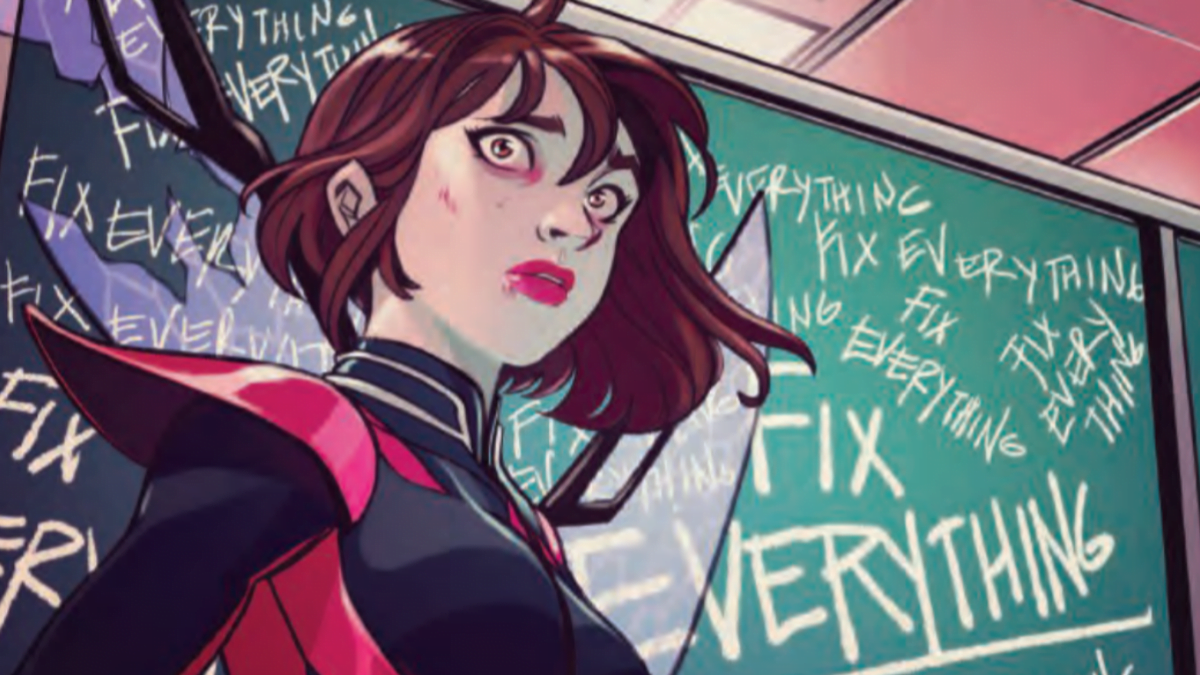