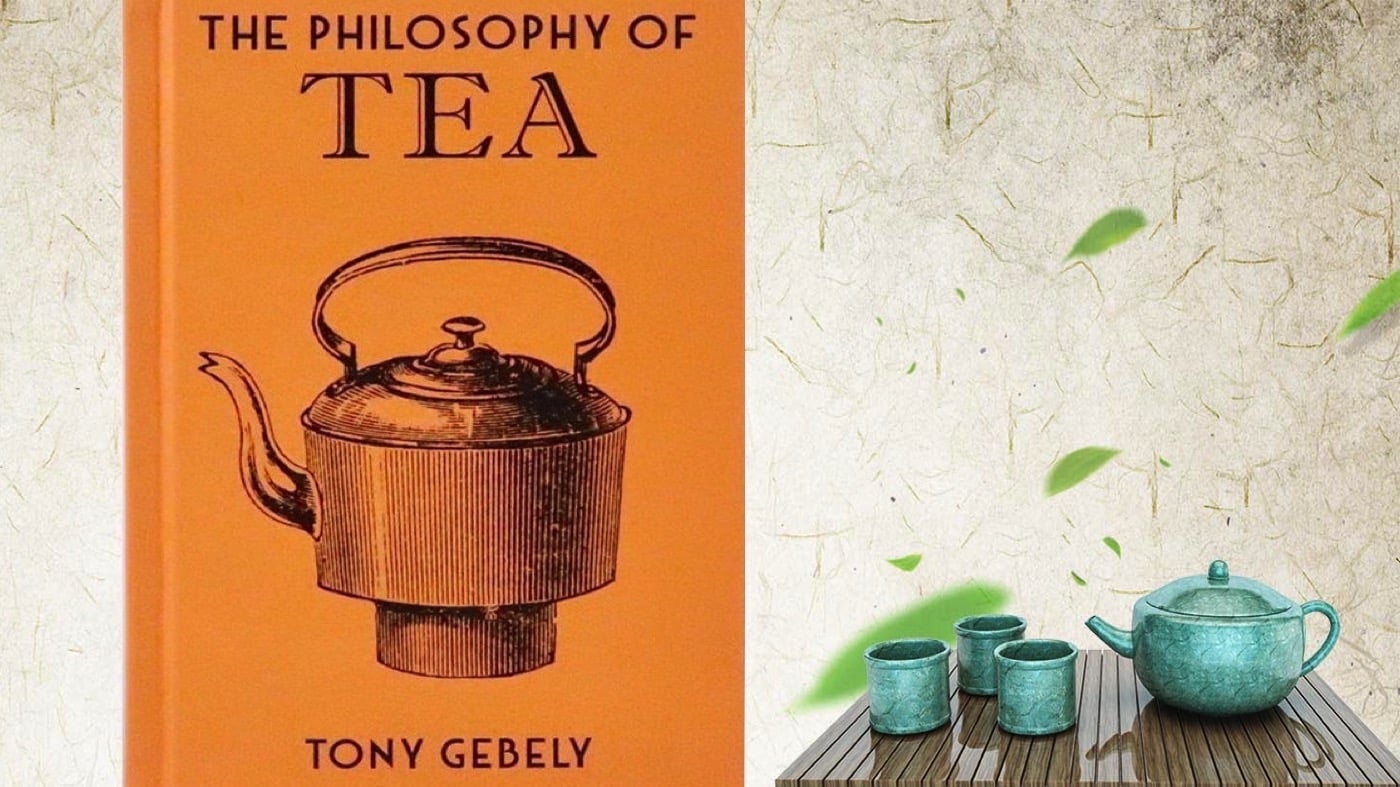 The Philosophy of Tea by Tony Gebely

For newbies to the world of tea, or those who have a cuppa every day but never wondered why, The Philosophy of Tea is an ideal book. It’s an engaging exploration into the world’s most popular beverage (after water). With its retro orange cover, vintage font, and historical artwork throughout, I was delighted.

Tony writes as if he sitting next to you, sharing a cup of tea, enthusiastic (but not too much, this is printed by the British Library, after all) and knowledgable. He embarked on a tea journey years ago and invites you along for the ride. He also has a unique tea blog and rating site called Tea Epicure. As someone who coined the term “Tea Punk” with my daughter, after embarking on our own tea journey, I felt I was in a conversation with a friend.

The beginning of The Philosophy of Tea is a brief introduction to the six different types of beverages created from the same plant, Camellia Sinensis: green, yellow, black, oolong, white, and fermented teas. Tony tells the most popular world regions for each type, and how it is grown and processed. I appreciated that he included how these factors affect the color and taste of each. Right away I was won over by his correct description of the oxidation process of making tea, as I am a stickler about proper scientific terminology. He also mentioned a 2016 finding of the oldest tea, found in China, dating back to the Western Han Dynasty (207BCE – 9CE). Cool.

The book then continues with the history and language used for tea, and how it spread across the globe, affecting politics and economics. Everything tea began in China and India, but spread either by land or sea to other parts of Asia and beyond. Although many people assume Great Britain started Europe’s tea obsession, it was actually the Portuguese and Dutch. Great Britain’s tea history is certainly spotlighted here (again, this is from the British Library) along with specific people who contributed to the traditions we still use today like Catherine of Braganza, who introduced tea to her new country, Twinings, and Anna the Dutchess of Bedford, who popularized afternoon tea time. The Opium Wars, began due to tea trade, between China and Britain are mentioned, but never dwelled on, as The Philosophy of Tea moves along briskly.

The varied tea traditions are spotlighted from across the globe: China (originally for health), Great Britain (at first only affordable for the upper-class), Japan (where matcha is made), India (find out the what “chai” really means), Sri Lanka (which used to only grow coffee!), and finally Morocco, which has this memorable tea proverb:

American tea culture is here too. (Yes, there is an American tea culture, thankyouverymuch.) This includes the Boston Tea Party, which ignited the Revolutionary War, to the invention of the tea bag by two women in Milwaukee but brought to market by a New Yorker. The Philosophy of Tea acknowledges America’s “tea nerds,” of which the author is most assuredly one.

Next is a section on advice and problem-solving of tea preparation for all kinds of tea the reader might encounter. Loose leaf and a proper steeper are encouraged, which I second. Tony encourages an atmosphere of experimentation with tea, since the flavor can vary widely depending on brewing methods.

“There is no perfect way to prepare tea, as each person prefers their tea to be brewed to a strength that they find acceptable.”

Finally, he examines some of the studied health benefits of tea consumption. Although this is new for the West, the East has been using tea as medicine for thousands of years. With the numerous positives found for tea, there was only one negative study. That wasn’t actually about tea at all, but consuming extremely hot drinks on a regular basis, which is true for any beverage (and extreme water temperatures are not advised for tea since they kill the flavor anyway).

The Philosophy of Tea is not an encyclopedia of every possible kind of tea, nor an in-depth look at any particular history or culture. The illustrations are vintage photography, wood carved prints, and artwork that I found fascinating, but not the bright and beautiful photographs expected in modern food and drink books. This is not about the spiritual or philosophizing aspect that swirls around tea in many cultures either. For a tea enthusiast who is well into their tea journey, they will not find many new facts.

However, for a friendly introduction into the world of tea with some great practical advice, this is the perfect book. The Philosophy of Tea is meant to be an inspiration for further steps in a personal tea journey. I recommend it for anyone wondering what exactly is in their cup? 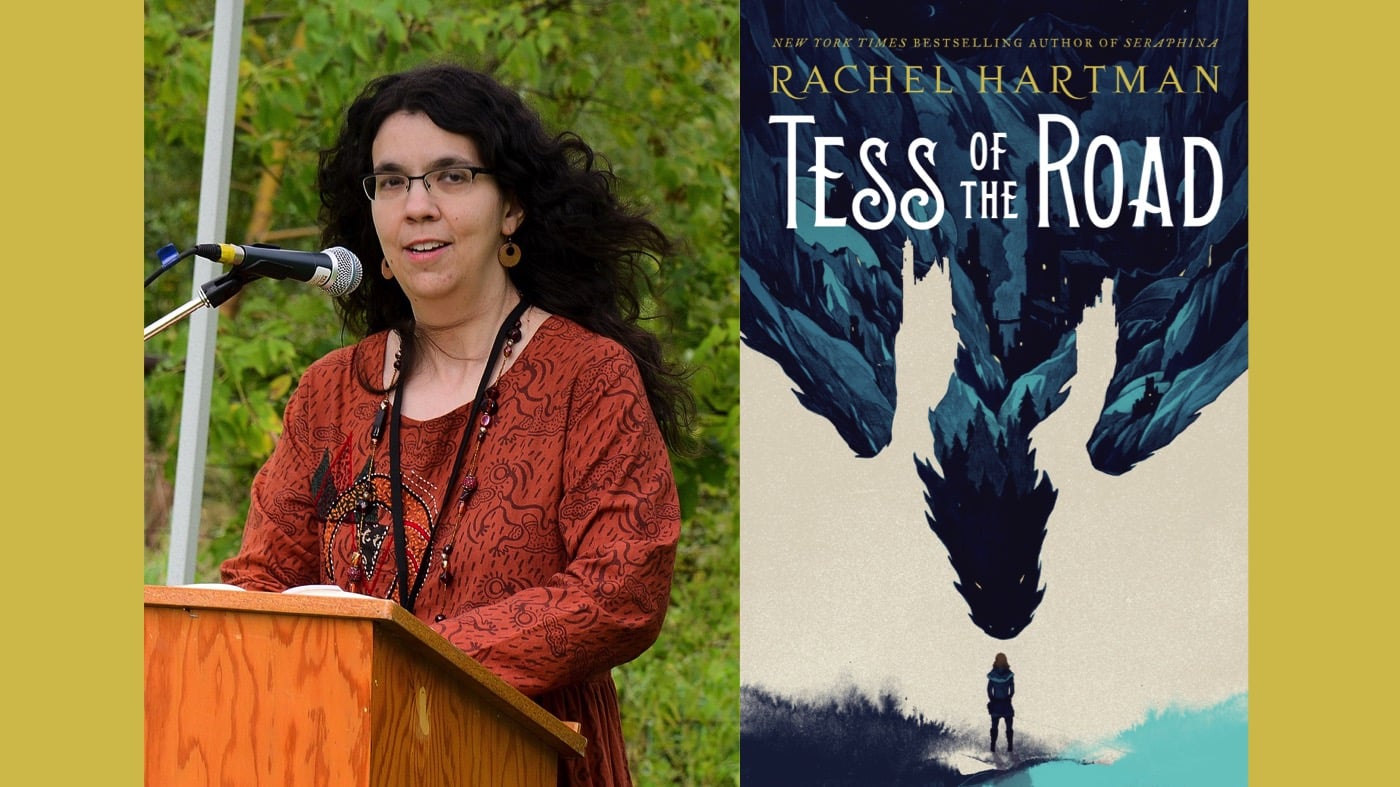 Interview with Rachel Hartman: ‘Tess of the Road’