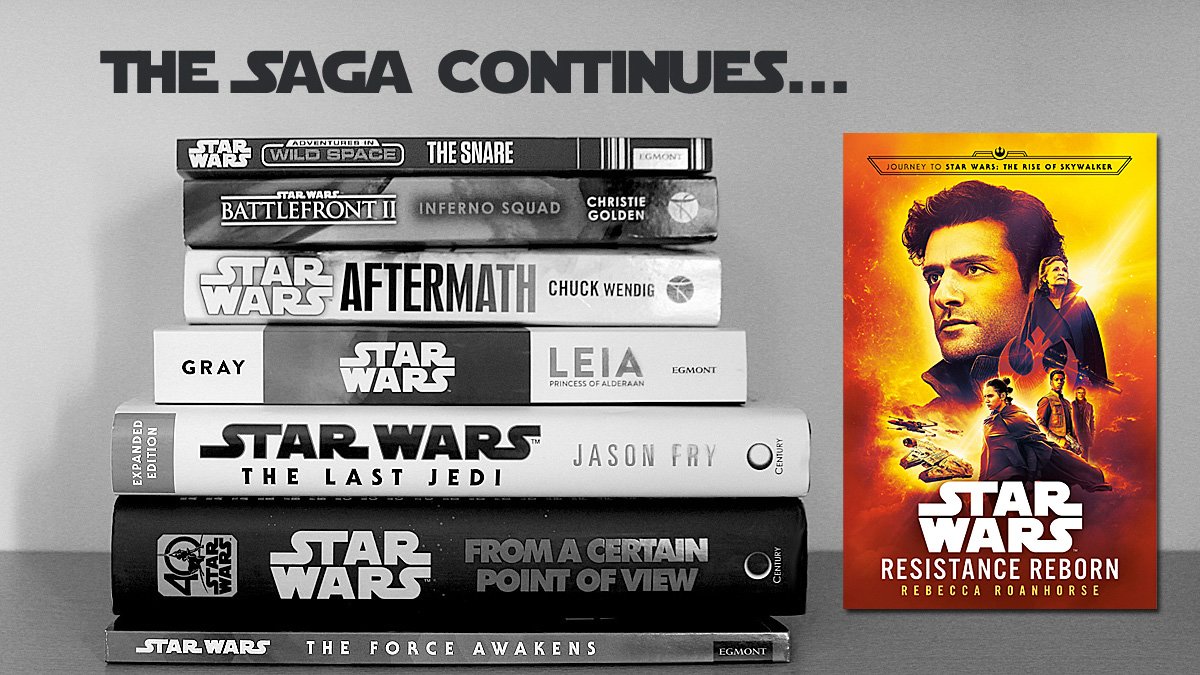 As the key book in the ‘Journey to Star Wars: The Rise of Skywalker‘ publishing push, Rebecca Roanhorse’s first Star Wars novel Star Wars: Resistance Reborn, is the one novel you absolutely want to read prior to seeing the final installment of the Skywalker Saga in December.

Star Wars: Resistance Reborn is set in the days immediately following the Battle of Crait. What’s left of the Resistance is mostly holed up on the Millennium Falcon, attempting to find somewhere to land and refuel while the remnants of Poe Dameron’s Black Squadron are out helping to liberate a planet from First Order control in hopes of forging new allies.

That lack of allies is the core of the whole story as Leia hopes to discover why her pleas from Crait went unanswered. Were her signals being blocked? Were the people she was attempting to reach already dead? Or, possibly worse, did they just not care anymore? While gathering together any old friends they can find, Leia and the Resistance are given a lead, word of a top secret First Order document that may provide them with desperately needed answers if they can get hold of it and it isn’t long before the Resistance is off and fighting its next battles.

Star Wars: Resistance Reborn is a true love letter to fans of the canon universe. Characters and locations from many other books, TV shows, and even video games not only turn up in cameo mentions but are also given key roles.

During my read-through I noted callbacks to Chuck Wendig’s Aftermath trilogy, Star Wars Rebels, the Battlefront II video game campaign, and Claudia Grey’s Bloodline novel which is the one thing I would suggest you familiarise yourself with before reading this book in order for one specific relationship to make sense. One part of the story even takes place on Bracca, the planet seen in the opening sequence of the brand new Jedi: Fallen Order video game. I spent most of the first half of Resistance Reborn grinning like a fool as more and more familiar people and locations popped up.

I was also thrilled to see how so many characters were able to be brought into the story without it ever feeling overwhelming, overly crowded or as if they were there simply for the sake of being there. All the key characters you would expect to see in a novel about the Resistance are here: Leia, Poe, Finn, Rey, Rose, Chewbacca, and many more and it is a true joy to read about them interacting as a group.

I found Poe’s personal journey to be especially compelling. Poe is still reeling from events of The Last Jedi and facing opposition from many around him who know about his actions on the Raddus. He faces a crisis of confidence while wondering how he can expect to lead a squadron now that word has spread and he is known to be a mutineer. Watching him work through this was probably my favorite part of the story, with one scene that takes place in a hangar standing out in particular.

There were a few new characters brought in as well naturally, mostly a handful of new Resistance recruits, but the one new character who really stood out was Executive Records Officer Winshur Bratt – one of the only First Order characters across the whole story. Bratt is deeply loyal to the First Order whom he believes have the right ideas about order and duty, and he believes that if he works hard enough and impresses the right people, he is bound to rise through the ranks and become as important as he already believes he should be. Running through Bratt is a streak of pure cruelty and it is this that makes him stand out.

I don’t believe I have ever come to thoroughly despise someone as quickly as I did with Bratt and his actions later in the book are truly shocking on occasion. Going back to the other new characters, I was pleased to note some LGBTQ representation in the form of three (yes, three) new canonically LGBTQ characters and one non-binary character too. None are major players but it was great to see these relationships mentioned in passing as casually as the few heterosexual ones were.

On character who sees surprisingly little action in Resistance Reborn is Rey, especially given her prominence on the cover. This may not be altogether that shocking given that the film trailers so far appear to show her front and center so presumably, she is being kept fairly low profile here to allow the other characters an opportunity to shine.

It’s great to see some moments between Finn and Poe here (one of my biggest issues with The Last Jedi was that it kept the pair apart for nearly the whole film) and I fully expect to see fanart of one particular moment popping up a lot. The friendship between Finn and Rose is explored a little further, and Leia too got to have some wonderfully meaningful moments with old friends.

The actual storyline of Resistance Reborn isn’t the most ground-breaking, it can’t be when the vast majority of film viewers (tragically) don’t read the books so nothing too momentous can happen without it having to be explained again in the next film.

However, the actual plot is secondary to the relationships we see here. This is a book about healing, rebuilding, and coming together so that the Resistance is ready to fight another day. That process takes place organically through the characters breaking bread together and fighting alongside one another – rebuilding trust with old friends and forging it with new allies.

Unlike some of the other Star Wars books I have read recently that were often slow-going and challenging to read, Resistance Reborn was a joy to read and the pages went flying by. It is probably my favorite Star Wars novel of 2019 so far and has stoked my excitement for The Rise of Skywalker to new levels, especially now I have hopes of seeing some of my favorite entended universe characters from other mediums possibly appearing on the big screen. If I had to recommend you read one book before heading to the cinema in December, it would be this one. 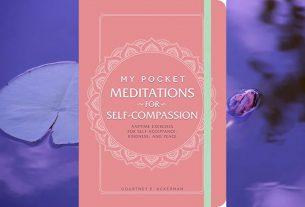 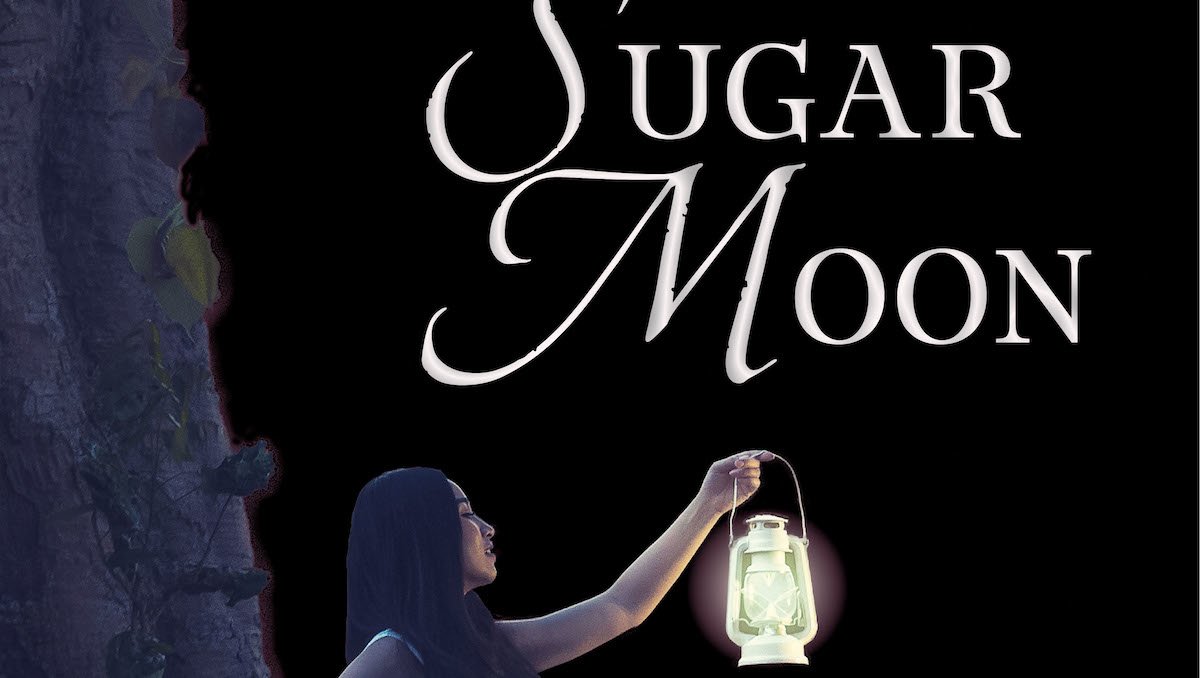 1 thought on “The Saga Continues: ‘Resistance Reborn’ by Rebecca Roanhorse”