We’ve had a busy summer this year, with only a couple of days for vacation getaway, so we decided to take a quick two-night road trip to Tucson, Arizona, about a five-hour drive from our home.

Even with a limited amount of time, we were surprised with how much you can fit into a short couple of days when you learn to manipulate your journey with some time traveling. The Tucson area allowed us to venture back in time to several eras that helped make give this desert city its unique vibe:

The 1880s: Benson Visitor Center. Less than an hour outside of Tucson on I-10, we stopped in the small community of Benson to pick up a few travel brochures and maps for our stay. Benson is proud of being home to Kartchner Caverns State Park, but it is also a good stop for railroad enthusiasts. The community was founded in 1880 and named for a friend of the president of the railroad. A quick stop in their visitor center, housed in the train depot, had several relics from the area’s railroad history, as well as a recently-added train simulator allowing young guests to “engineer” the G scale model train from a Replica AAR Control Stand. Our youngest gave it a go, and was given a free “Benson Train Engineer” certificate.

Benson is also where you pass through to make it the historic Old West destination of Tombstone, but we didn’t make it down there this trip in our limited time.

Once we made it to our destination, Tucson itself provided us with several options that proved interesting to everyone in our family:

The 1930s: The Lodge on the Desert. Anyone who makes frequent trips through Arizona knows there are two sets of prices for some establishments: summer and winter. Those who are used to desert heat in the summer can take advantage of many of its restaurants and accommodations at a fraction of the cost as the cooler winter months. This gave us a chance to stay in the historic Lodge on the Desert, a resort that dates back to 1931, and still bears much of the feel of being in the the 1930s through the ’50s.

The lodge was located near many Old West film sets when it was still relatively young, and many Hollywood stars of from the era such as John Wayne and Bing Crosby stayed at the resort while filming nearby. We enjoyed wandering around the lit cactus gardens after dark, when everything was quiet, and playing chess in the hotel library and sitting room.

The 1960s: Kon Tiki Restaurant and Lounge. When we first drove into the city, we stopped for lunch at one of the “last remaining original outposts to survive what could be considered a tiki bar depression.” At least that is how this 1963 establishment describes itself. It still is a great example of the mid-century tiki-chic that was so popular at one time. Our goal was to pick up a tiki mug from the place (which was about $37), but we also got some fun shots of the large carved wooden tiki statues.

According to the restaurant’s site, Kon Tiki is home to the world’s largest collection tikis from 1950s Southern California tiki carver Milan Guanko. I haven’t been able to verify this, but there were some pretty impressive large-scale tikis worthy of family photo ops. If you have kids, I would recommend stopping there in the daytime before the “bar atmosphere” is in full swing. A quick lunch was perfect for us.

From 1903 to The Future: Pima Air & Space Museum. From a beautiful replica of the Wright Flyer (the original flyer is at the Smithsonian) to a examples of modern day military and commercial jets, there are more than 350 historic aircraft examples at the Pima Air & Space Museum, especially for WWII history lovers who could spend a whole day wandering around and under some wonderfully restored aircraft. There is also a Space Gallery showing off exhibits celebrating the moon landing, the X-Prize, and more. With this year being the 50th anniversary of the Apollo 11 mission, as well as the 75th anniversary of D-Day and the Battle of Normandy, this was really good place to help our kids learn more about these events.

It’s important to note much of this museum is outdoors, so be prepared for heat and sun with water, good walking shoes, and hats, dark glasses, and sunscreen. Fortunately, there are at least five large indoor hangar and exhibit areas. Those traveling with children should try to hit some of the outdoor exhibits earlier in the day, and break it up with several indoor stops.

The museum is dog friendly, and leashed dogs are welcome. There are even dog bowls near the bathrooms in each hangar.

Our drive back the hotel from the museum passed by several great views of 309th Aerospace Maintenance and Regeneration Group (AMARG) Facility on the Davis-Monthan Air Force Base (aka “The Boneyard”), making it easy to see down the endless rows of the more than 4,000 scrapped military aircraft on both sides of the highway. The museum offers guided tours of the Boneyard for those wanting a closer look, as you can’t just wander into an active military base on your own. Reservations are required for these.

The ’20s and ’30s: Hotel Congress. The historic hotel is celebrating its 100th anniversary this year, but from the looks of things it has become an urban hotspot with live music and a popular taproom. However, it is well worth a pop in to take a peek at this well-preserved lobby with historic murals mixed with modern art and beautiful details. We didn’t stay there, but learned the rooms don’t have television, and the phones connect to the front desk via a 1930s style switchboard.

The large red neon sign on top is in full glow, but now includes the number “100” underneath in honor of its anniversary. Honestly, I would have liked to have seen it without the added number, but it still an impressive sign. One thing that made this a cool site was the fact this is the hotel infamous gangster and bank robber John Dillinger and his gang were at before their capture in 1934. This connection is celebrated each January with Dillinger Days complete with 1930s style reenactments.

Mid-Century Americana: Ignite Sign Art Museum. This small museum is less than a year old, but is a colorful, interesting addition to the city. The museum serves as a way to preserve historically significant signs, as well as educate visitors on the history of sign making and the “value signage plays in our everyday lives.” It is also an impressive mass of light and color from walls of tin signs to rooms of flashing neon. There is also some hands-on fun including a vintage sign-making machine we all enjoyed using.

My oldest is involved with graphic design at school, and she absolutely loved this place. She especially loved being in the middle of a room filled with flashing neon lights and retro displays from gas stations to movie houses. They rent out their big gallery space for private events, and if we lived in the area we would definitely use this as an option for a party.

One thing I appreciated was, in their gift store, they carried several handmade item by local artists related to Tucson’s cool roadside signs, as opposed to just carrying commercially made items.

Of course, what would a road trip be without stopping by some of those blasts from the past: the classic kitschy roadside attraction, and between Tucson and the New Mexico border is one spot travelers down Interstate 10 know well:

An Alternative History of the World: The Thing?

I had wanted to take my family by this famous roadside attraction for a while, and remember how wonderfully cheesy it was. My parents visited there twice when I was growing up, once when I was about four in the 1970s and once in the early 1980s when I was 13 or 14. It was rundown, dusty, and ready to trap curious tourists in a roadside P.T. Barnum kind of way. I warned my family not to expect too much.

This “Thing,” around which the whole attraction is built, may have been created by the “King of Gaffes,” exhibit creator Homer Tate, whose other “creatures” include faux shrunken heads and mummified mermaids. The attraction itself was opened by a man named Thomas Binkley Prince in the 1950s. It is now owned by Bowlin’s Travel Centers. However, “The Thing: Mystery of the Desert” got a mega-makeover in 2018, with fully-developed comic book style “What if…” scenario: Dinosaurs vs. Aliens!

What if…. everything we know about the history of the world was wrong. What if… there have always been extraterrestrial aliens among us? What if…. aliens enslaved the dinosaurs, helped Hitler, and were the reason behind many modern day conspiracies? What if… there were some relics left behind even though they did their best to erase any trace of there being here?

I won’t give away what the “The Thing,” is, but “what if…” it came from an ancient time and another world, not the mind of a sideshow prop maker?

Considering we were able to make a three-day venture cover several decades, hey, anything is possible.

Give the Gift of ‘The Powerpuff Girls: Tiara Trouble’ on DVD 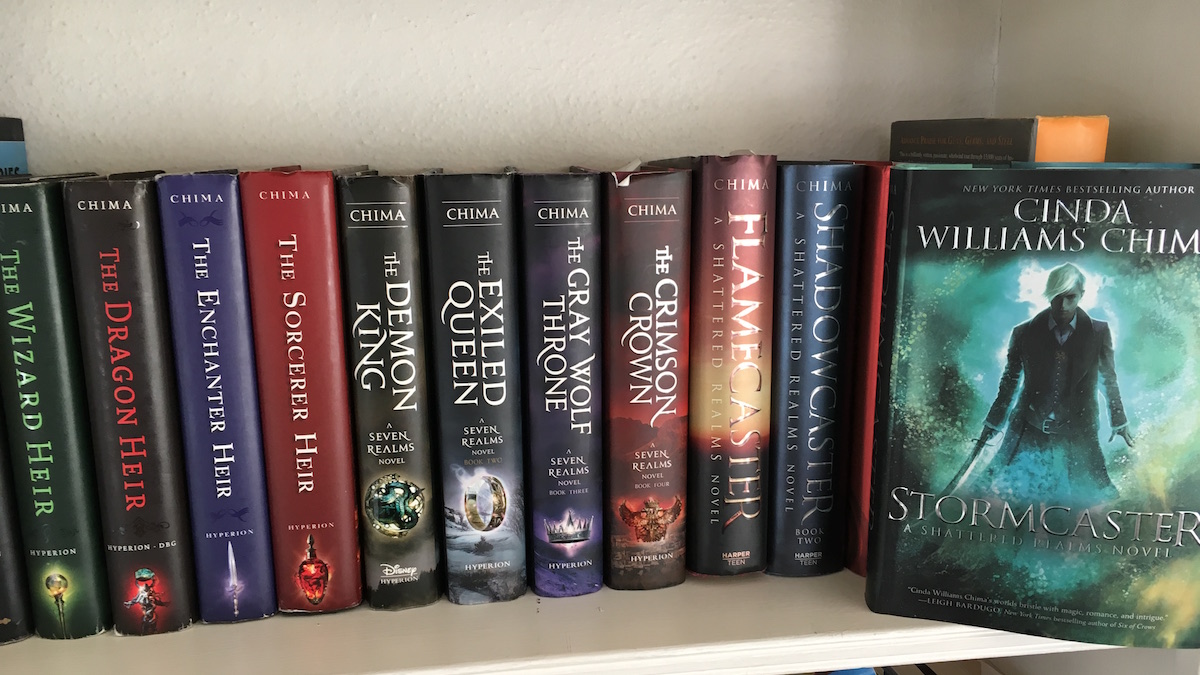 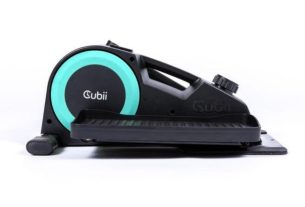