My last Stack Overflow celebrated the 50th anniversary of the moon landing, and I figured this week might be a good time to continue the space-exploration theme. I have a pile of space-related books that I keep meaning to share … and that’s been true for several years now. Today I have a mix that’s mostly picture books—some fiction and some non-fiction—along with a couple others that I thought fit the theme of heading into space.

This picture book is a fun little poem about blasting off into space in a tiny little rocket. It’s not realistic (nor intended to be) and is more about a thrilling adventure in space (including a collision with a meteor), pushing buttons and flipping switches. However, it does end with a pull-out picture of the solar system, with a page about birthdays and the age of the Earth.

Once Upon a Star: A Poetic Journey Through Space by James Carter and Mar Hernández

This book is about origins—the origin of the universe, the formation of the planets, and then (fast forward) all of us creatures living on Earth. It’s short enough that it doesn’t get into a lot of the details, but it’s an impressionistic look, with some rhyming verses and vibrant, colorful artwork. There’s a page of “Sciencey Stuff” at the back that’s an acrostic for “THE SUN” that explains a little more.

The Stuff of Stars written by Marion Dane Bauer, illustrated by Ekua Holmes

Here’s another poem about the origins of the universe, though this one isn’t rhyming verse. It’s lyrical and uses repetition, explaining how our solar system was formed and waiting for the appearance of planets, oceans, crickets singing to the night. The illustrations have marbleized backgrounds, colorful swirls that help evoke the mystery and beauty of the process. Both this book and the book above show how we’re made of stardust, and they’re beautiful to read.

Nova zips through space, cheerfully gobbling up stars, until one day she happens to eat up our star, the sun. That leads to a worldwide crisis. Earth’s leaders struggle to find a solution. Astronauts fly into space to talk to Nova, but she doesn’t understand the sun’s significance to us—after all, it’s not like we were going to eat it. Fortunately, a solution is found and we get our sun back (and Nova learns to check around before chomping down). It’s a pretty silly story, but it does include actual facts about our sun—how it powers our world and drives the seasons.

Curiosity will be celebrating its seventh birthday on August 5, but this little picture book takes place in 2013, when it sang itself “Happy Birthday” after its first year on Mars. The book is adorable, with Curiosity zipping around the red planet and talking about its “friends on Earth.” It’s a celebration of curiosity and exploration in general, and one little Mars rover in particular.

Field Trip to the Moon by John Hare

GeekMom Rebecca Angel has a more in-depth post about this one, but I wanted to share about it here, too. This wordless picture book shows a group of students boarding a school-bus-spaceship for a lunar field trip, but one kid gets left behind because they were behind a rock sketching a picture of Earth. With nothing to do but doodle, the child eventually befriends some grey moon people, using art as a universal language, before the bus-rocket returns to pick them up. It’s a cute story, with very fun visuals.

Rocket is a little girl who loves space. She’s always looking up and wants to be “the greatest astronaut, star catcher, space walker who ever lived.” On the other hand, her big brother Jamal is always looking down—at the phone in his hand. Rocket is excited about the Phoenix meteor shower and has made flyers about it; she walks through town telling everyone she meets about it. The book presents a couple of crisis-resolution cycles, but all ends well with a spectacular night sky. I’m not sure what exactly the “Phoenix meteor shower” is (do the kids live in Phoenix, Arizona?) but if your kids want to see a meteor shower, there are lots of ways to look up the best times and places to see them.

The Girl Who Named Pluto: The Story of Venetia Burney written by Alice B. McGinty, illustrated by Elizabeth Haidle

Venetia Burney was 11 when the Lowell Observatory in Arizona discovered a ninth planet, and she was already in love with space exploration. She loved the ways that the planets were named after Greek and Roman gods, and she came up with the idea of Pluto, the god of the underworld, as a fitting match for this cold, dark planet so far from the sun. This book tells the story of how her suggestion was passed along to Lowell Observatory, where the astronomers there eventually voted unanimously to accept it. It’s a cool story, and one that I didn’t know before. It captures the excitement of discovery, and the anticipation of waiting for weeks to hear back from Lowell Observatory. When the New Horizons spacecraft was built to fly past Pluto, one of the instruments on board was named after Venetia Burney.

Mission to Pluto: The First Visit to an Ice Dwarf and the Kuiper Belt written by Mary Kay Carson with photographs by Tom Uhlman

Speaking of Pluto, this non-fiction book in the Scientists in the Field series follows the New Horizons mission, the first to get an up-close look at Pluto. The book is written for kids, and is chock-full of information, jumping back and forth between the moment in July 2015 when New Horizons made its flyby of Pluto, and the origins of the mission (with a few additional notes about the discovery of Pluto). The mission took a very long time—not only in the planning, but also in waiting for New Horizons to fly all the way out to the far reaches of the solar system. It was during that time that Pluto was reclassified as a dwarf planet, though the New Horizons team still considers Pluto a planet, of course.

This book was published in 2016, so not all of the data from the Pluto flyby had even been received and processed yet, but it was enough to share some of the first detailed photographs, and to tell the story of the mission—and its future as it heads on into the Kuiper Belt. It was a very fun pairing with the book about Venetia Burney, to go from the discovery of Pluto to sending a spacecraft there.

For kids who want to be space explorers, this little “instruction manual” is a mix of exercises and encouragement. The book talks about what it may be like to explore space—to leave Earth not just to study space and return, but to move into space for the long term. You’ll need focus, and strength, and flexibility, among other things, and this book provides some tips on how to practice those things. Mongo calls these future space explorers “humannaires” throughout the book (although he never explains where that term comes from). It’s a small book, so it doesn’t provide everything you need to become an astronaut, but it could be a handy way to think about prepping for a future in space.

This coffee table book is a deep dive into the 88 constellations in the night sky. It starts with a history of constellations, explaining how many of them were first recorded and named, and there are plenty of examples of early star and constellation charts, some of which include constellations that are no longer officially recognized. The bulk of the book, of course, is about the individual constellations. Each one has a star map and a “passport” section that gives some quick facts about it: which hemisphere it’s in, how large an area it takes up in the sky, the number of stars visible with the naked eye, and so on. There are also timelines showing when the constellation was introduced and other discoveries that were made in their regions of space.

Some constellations have much longer sections than others, of course, particularly the constellations in the zodiac, which are more well-known, but you get a lot of information about the night sky and how it is divided up. The one thing I wish the book included was more diagrams or drawings showing how the various constellations are supposed to look like the thing they’re named for. For some, it’s easy to tell: Scorpio looks like a curving tail and two arms for the pincers. But with others, it’s not clear how a little L-shaped constellation is meant to look like hair, or an oven, or a microscope. It’s a great resource for those who like astronomical history.

Backyard Guide to the Night Sky by Andrew Fazekas

For those who want more of a field guide (that includes those constellation diagrams!), National Geographic’s Backyard Guide to the Night Sky is a good resource. Jenny Bristol took a more in-depth look at this one back in April. The book includes a lot of scientific information about the sun, moon, stars, and planets, and also provides tips for navigating the night sky and looking for constellations and planets.

Finally, here’s a hands-on book for kids to learn more about the universe. The book includes 52 activities, from making a simple telescope to finding sunspots to measuring the speed of light using a microwave oven. The labs are appropriate for grade-school kids, though some may require some adult assistance or supervision. The book is divided up into different sections that build on each other, though there’s also no reason you can’t skip around and look for activities you want to try.

Reaching for the Moon by Katherine Johnson

This autobiography of the NASA mathematician who helped put astronauts on the moon is written for middle-grade readers, and would be a good intro for kids who aren’t quite ready to read Hidden Figures yet. Katherine Johnson writes about her childhood and her love of learning, and also what it was like to grow up as an African-American in the early 1900s. She overcame racism and sexism to join NASA (NACA at the time), and even then faced boundaries that she had to overcome. It’s a powerful story, and even more so to hear it from Johnson herself.

The reason I skipped a few weeks of Stack Overflow was that I took a trip to Taiwan with my family. It was fantastic, but my reading (and writing) were basically put on hold as we traveled around and did a lot of sight-seeing. I had only packed one book this time—I usually end up overpacking reading materials—and I didn’t even manage to crack it open the entire time. So now that I’m back, I’m trying to dive back in. Currently I’ve just started The Warehouse by Rob Hart, a thriller about a massive tech company that’s branding itself as the solution to a crumbling America. I’m getting some The Circle vibes from it, though I’m guessing the company in the book is inspired more by Amazon than Google.

Disclosure: I received review copies of the books in this column.

Click through to read all of “Stack Overflow: To Infinity … and Beyond!” at GeekDad.If you value content from GeekDad, please support us via Patreon or use this link to shop at Amazon. Thanks! 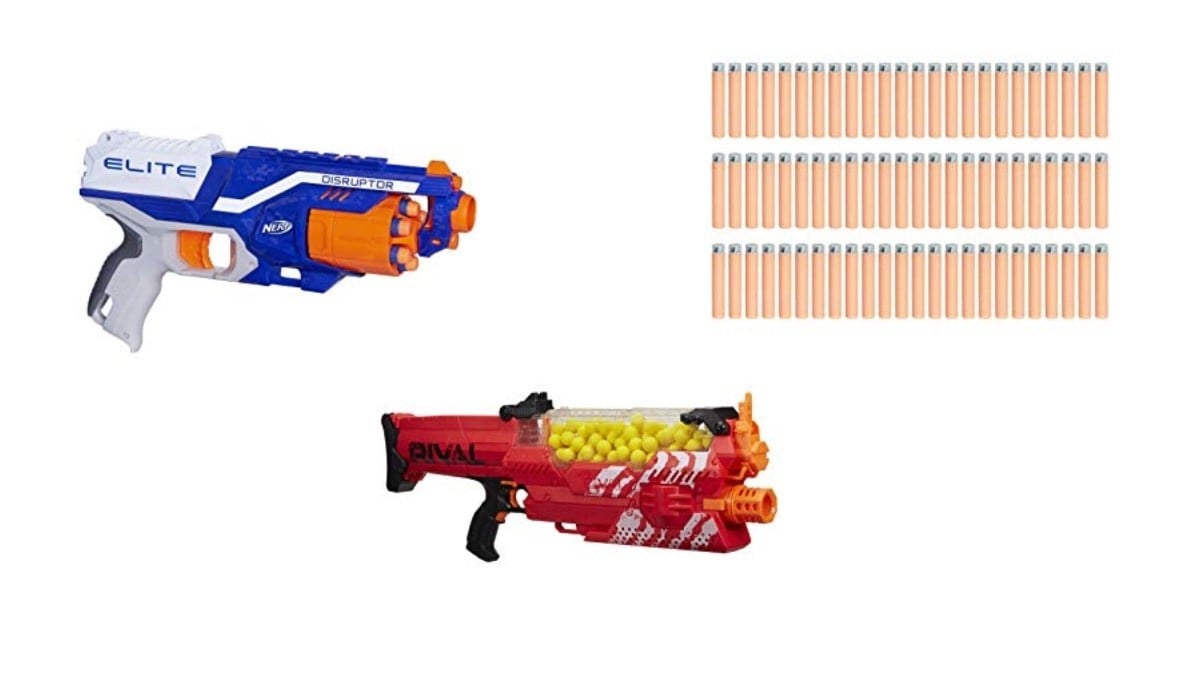 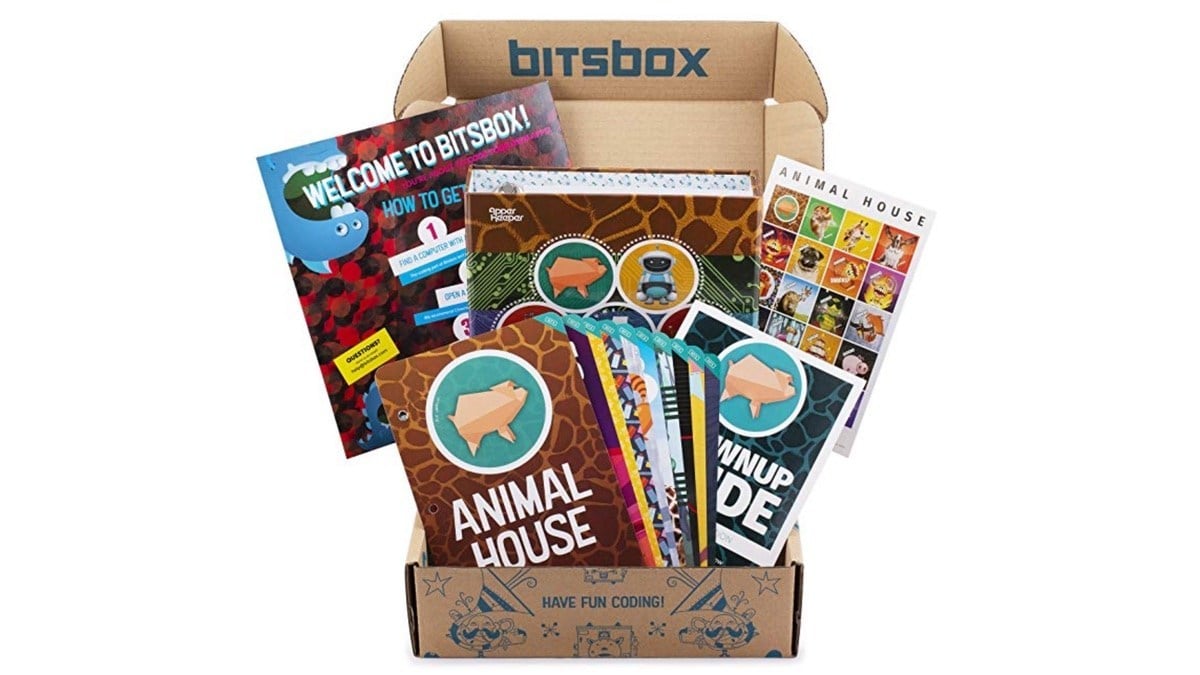 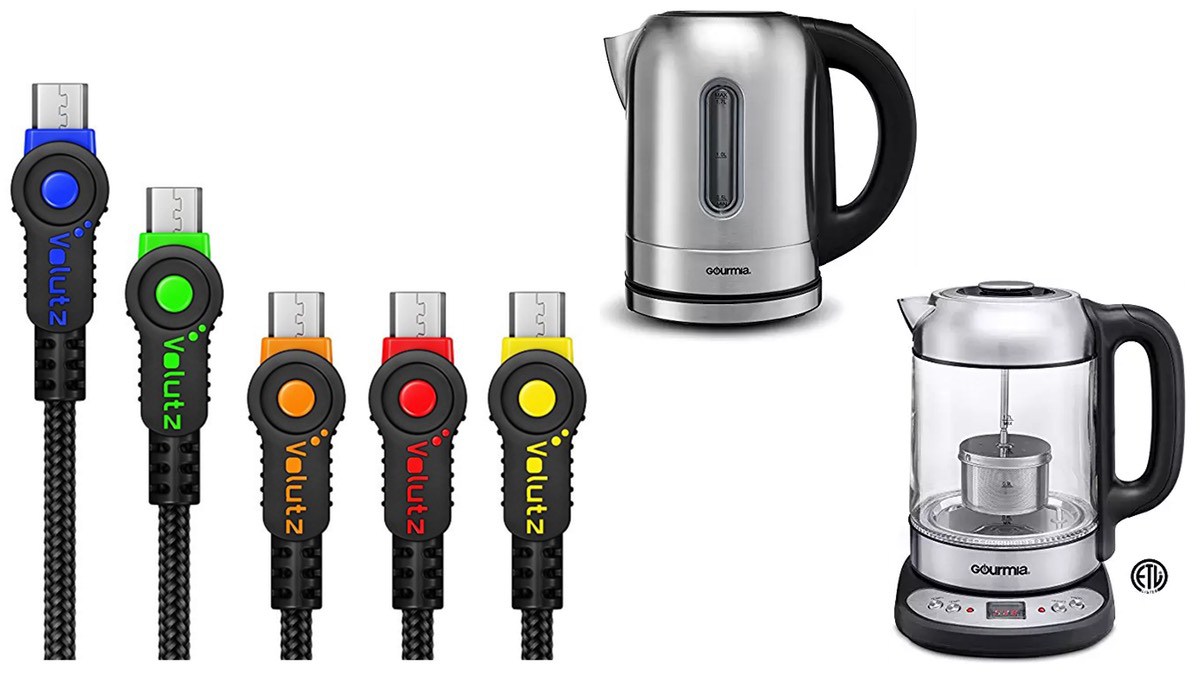