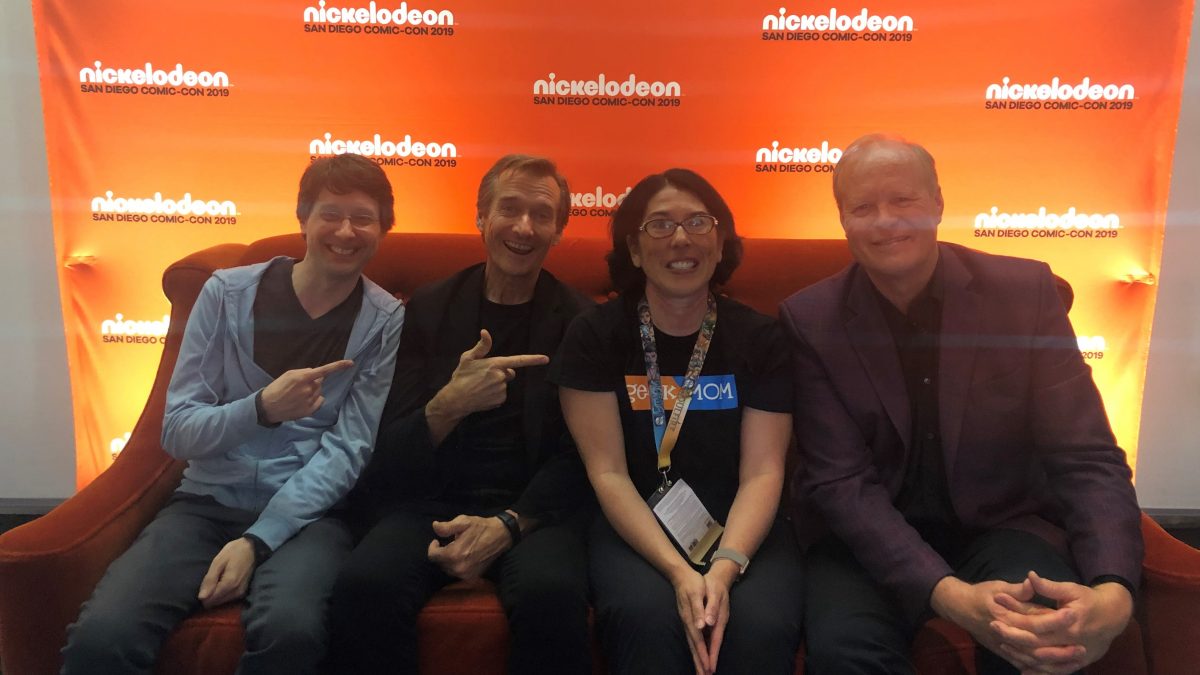 I get it. SpongeBob SquarePants isn’t for everyone. I’ve seen more than my share of angst about how…weird…the show is. But it’s part of my family, going all the way back to before I became a parent.

I saw my very first episode of SpongeBob SquarePants in summer 2001, while visiting with my parents and sister’s family in Virginia. My sister’s oldest son — who was about 2 years old at the time — was watching the show and I had never seen anything like it! I had recently moved back to the states from an overseas Air Force assignment, so I didn’t quite catch the start of the series.

Fast forward a year or two, or five, and I had sons of my own. They enjoyed SpongeBob SquarePants as much as my nephews, and as the iconic tradition of “Saturday morning cartoons” died a slow painful death on the big networks in the mid-2000s, my family turned to Nickelodeon and SpongeBob SquarePants as the foundation of our own new Saturday morning cartoon tradition. Continue fast-forwarding: my sons are now 14 and 16 years old, and still enjoy the new episodes of SpongeBob even today!

This is why, when invited to do one-on-one interviews with cast and crew members of the iconic television series, which celebrated its 20th birthday this past weekend at San Diego Comic-Con, I leapt at the opportunity. It was especially well-timed: the first episode aired on July 17th, 1999, so having its 20th birthday party during SDCC was only natural, right?

I got to spend about 15 minutes with voice talents Bill Fagerbakke (Patrick) and Mr. Lawrence (Plankton), as well as showrunner Vincent Waller.

But then I said “No wait! This is supposed to be my asking you questions!” So let’s see what they had to say:

GeekMom: So twenty years of just solid magic. My family enjoys the show thoroughly so I guess I’ll start by saying “thank you.”

Vince W.: Well, thanks for watching.

GeekMom: It’s our family Saturday morning tradition. My husband and I would tell our kids about how we used to sit down and watch Super Friends and Scooby-Doo and Looney Tunes. On Saturday mornings. But it’s not like that anymore.

Vince W.: That’s the best news to hear. Whenever I — we — have a parent tell us, “thank you for making the show so that I can watch it with them and not want to turn it off.”

On Reaching Both Children and Adults

GeekMom: So that’s actually the next question. There aren’t a lot of animated shows where you’re running humor at a level for me [gesturing high]…and also at a level, for my, at the time, 6-year-old [gesturing low]. Is that something that you sit back and ask, “How can we do this at these two levels?” or does it just emerge?

Bill F.: And we want to laugh ourselves, so if we start laughing, that’s the only way to really test — it’s like you’re constantly doing an experiment. You’re constantly trying to figure out, “Do these three things pull a laugh from someone?” So we have to make each other laugh, and if we don’t, we tell each other, “Sorry, I’m not laughing at that.” We’ll be very oblivious about it at times, too. And then the writers from every script goes over it three or four times, by everybody in the room. So then they go back and do a version of it, we read it, and then we come back in, and we go, “Well, this made me think of this and this.”

Mr L.: We check each other. It’s like Monty Python. They all rewrote each other- we do the same.

Bill F.: I think the template created by Stephen seems to have created some kind of foundation to facilitate that unique phenomenon that I think SpongeBob carries, which is clever and innocent at the same time. There’s that balance that I think is really, really difficult to sustain or even to reach.

Mr L.: And escape being a cliché, which is where a lot of those things can get trapped.

Vince W.: And putting together this particular group of characters just with all their different personalities, it just turned into a beautiful thing.

GeekMom: So, Bill, you mentioned Steven Hillenburg’s “template,” are you talking about for the storyboarding?

Mr. L.: No, he means like, the iconic characters.

GeekMom: So did he set some guidance on personality traits and their interests and all of that? And then you took it from there?

Vince W.: [Nods in the affirmative] Then it starts cross-pollinating. Once you set the structure then it all starts – our lives become part of the show, you know what I mean? Things that happen to us.

On Injecting Personal Stories Into the Episodes

GeekMom: I was going to ask about that – the personal stories. I think I read something about that with the bad language episode with the dolphin, which is my favorite. [“Sailor Mouth”, Season 2, Episode 18] I remember saying, “Boys, watch this one.” My kids were probably like, kindergarten or second grade when they first saw that.

Mr. L.: Well remember “Rock Bottom?” [Season 1, Episode 35]. You know, when SpongeBob gets on the wrong bus — that was a big traumatic thing that happened to me and it was one of those stories when we were sitting around going, “What can happen on this show? What happened to us as kids? What was traumatic, what was funny? What was whatever?” That’s one of the ones that’s always stuck in my head, getting on the wrong bus that day, and it was one of the scariest things ever. I went to Rock Bottom.

GeekMom: I read about how you created the storyboards, and then wrote the script. I’d like to learn more about this. You have a vision for an episode, you storyboard it out, and then from there, there’s some ad-libbing?

Vince W.: Oh well, there’s definitely ad-libbing, but what happens is this: There’s an idea for an episode, we talk about premise, do an outline, and we actually do build a script. It used to be that we’d go from an outline to the storyboard artist and they would start doing the storyboard, they would make a script out of the words that were said in the outline. But they’d also bring the storyboard to the recordings, and that’s where these guys [gesturing to Bill F. and Mr. L] also get to add to the mix.

Mr. L.: So we collaborate more with the writers after we’ve laid something down.

Vince W.: Because they know what the artists/writers intentions are because they can see the acting that their characters are doing.

Bill F.: Which is so important.

Vince W.: They know how to add to that. Plus, they can come up with other ideas. Most of our writers are guys who also are storyboard artists or directors.

Bill F.: It informs you so much when you’re a voice actor when you can see all of the nuance of what they were thinking of, with those words and moments in the story, so yeah – it’s really great being able to see the storyboards, and then also it’s a real challenge to – actually say, “yeah, go ahead…what might you adlib here?”

Mr. L.: We do some normal passes then one, “Whatever you think it is.”

GeekMom: So, you get a chance to do whatever you want.

Bill F.: That is such a gift. It never happens. This isn’t like modern day comedy – where you can always tell when they’re ad-libbing. It’s just kind of formless and it has something funny at the end. So animation – there’s so much work that goes into it before we walk in. So to be able to have this gift of the storyboard and this great story and moments and go, “Well, what can I contribute to this? What could I tweak a little bit?” I mean I like when people laugh and stuff. I want it to be a germane: a vital contribution, not just me trying to make it sound engineered.

Mr. L.: And our performances inform the animation about nuances in there.

Vince W.: Cause what they have at the recording is a rough board, and then we do a finished board after the recording, after they have the voice acting. It’s a lot more – add ons and stuff, yeah. That’s what makes all the comedy.

Bill F.: So you do an addition to the board after the record? And then that’s what ships out?

Bill F.: So in the old days, and correct me if I’m wrong, but as I understand, in the old days – by old days I mean earlier production cycles – they would decide on the cut, on the take, they’d put all the takes together and then they would put the storyboard up on a wall. And they would film the storyboard with the camera, and then lay the chosen takes, and that was what was called an “animatic.” So do you guys still use that?

Vince W.: Oh we do, but it’s not as handmade as that. Now it just goes straight from the thing we draw and straight over, and we compile it.

Bill F.: Who used to film? Was it one guy with the camera?

Vince W.: Actually, we just scanned it all.

GeekMom: So then it gets drawn…last.

Bill F.: Because you can imagine, you can’t animate something fully as been written, and then expect the voice actors to be able to…

GeekMom: …fit in the voice! I think my initial vision is that of soundtrack musicians. Where they play the music for E.T., and someone says, “okay, match with the peddling of the bicycle!” So that’s new to me.

TIL About “Lip Flap” and Automated Dialogue Replacement

GeekMom: What does that stand for?

Bill F.: So if something happens after we record and after they send over the animatic and as they’re animating it in Seoul, Korea, sometimes they have to change something, or something doesn’t work quite right, so then it comes back after they animate it and before they finish production, then they bring us in, and we have to tweak it and that’s called ADR. The more lip flap – lip flap is the term that means “oh, my line there, and oh there’s Patrick’s face, and we’re seeing his mouth and there’s a lip flap,” so now I gotta do that line to match that lip flap exactly. As close as possible.

GeekMom: How often does that “lip flap” happen?

Bill F.: It varies. I mean, some episodes have a lot more ADR than others, right?

Vince W.: It depends on what gets rewritten.

Bill F.: What kind of show tends to have more ADR? Is there a certain kinds of shows, like more action or?

Vince W.: A lot of action will do it, just because sometimes people will have certain impacts and stuff, yeah.

GeekMom: I’m getting signals that I have to stop, but I was wondering if I could get a photo? I would love to get your socks in the photo, I love the socks.

Before we took that photo (as seen at the top of the post), Mr. Fagerbakke and Mr. Lawrence offered to make a video for my sons. That video is below, and I’m disappointed it ended before Plankton demanded the secret formula. 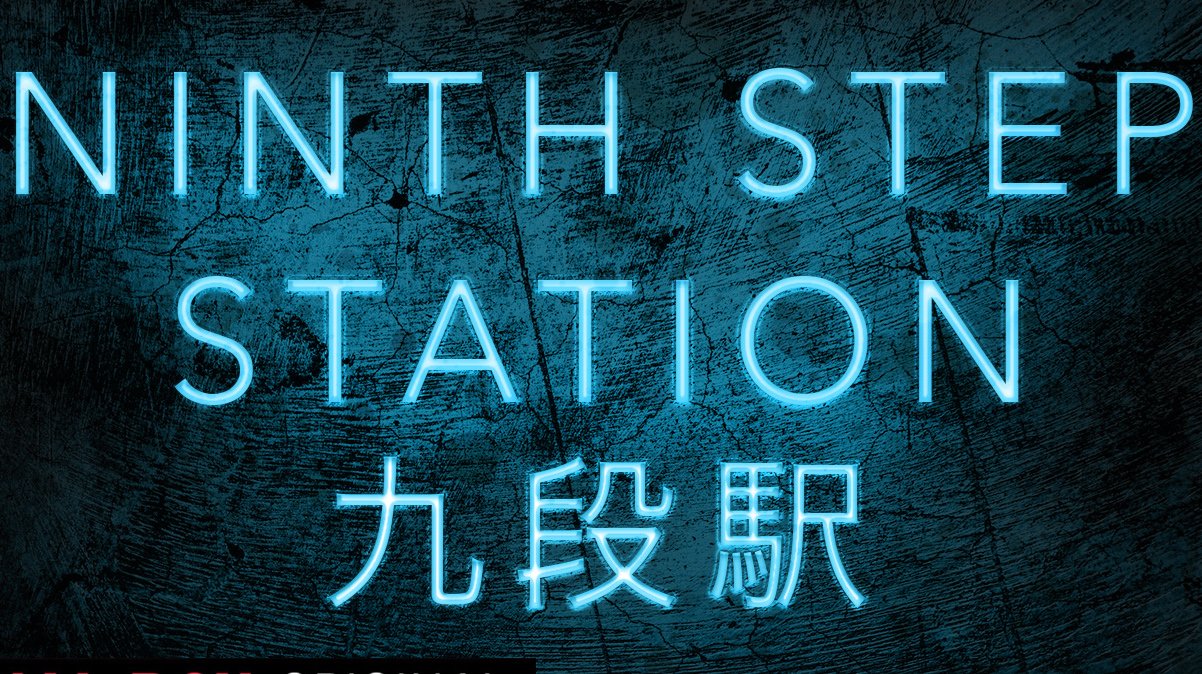