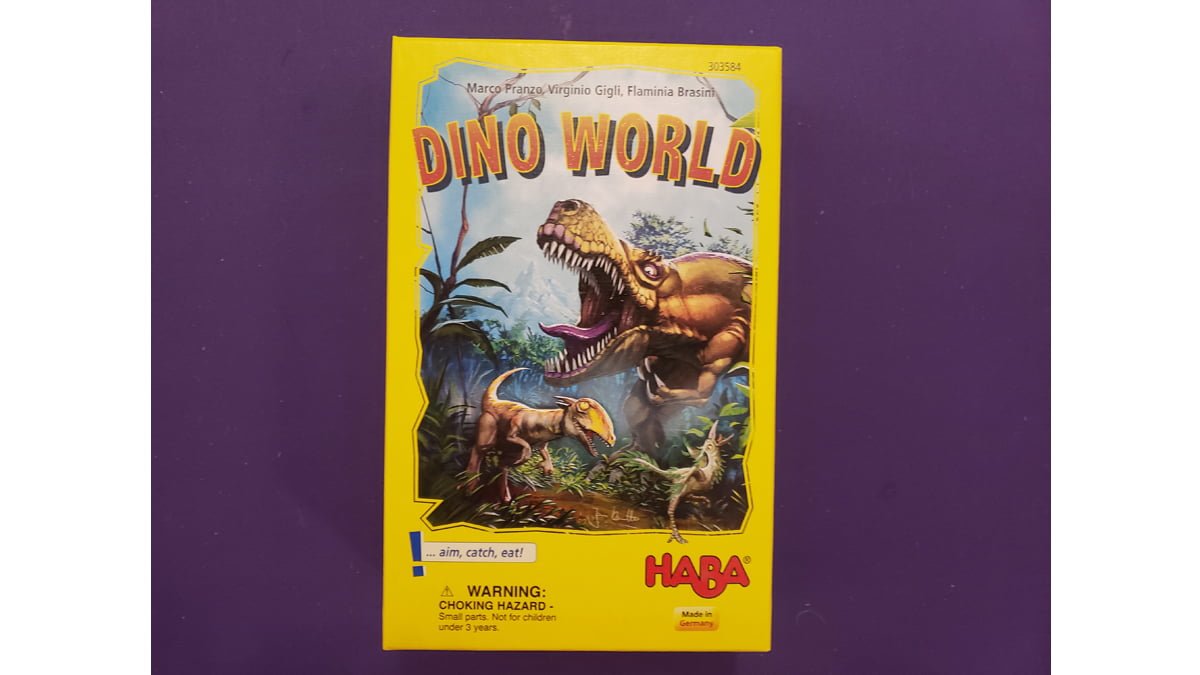 I have recently been lucky enough to get the chance to review a selection of games from HABA, a long trusted brand of toys and games. I have previously reviewed Brandon the Brave and Fiery Dragons from their tabletop game line for kids. My third HABA review is for Dino World, a game that, once again, I received in exchange for a review.

What Is Dino World?

Dino World is a more skill based game for 2-4 players ages 6-99 that takes about 10-15 minutes to play. In the game, you act as dinosaurs on a hunt, but you have to be aware that there are often bigger dinosaurs around that might see you as their prey.

The cards are all solid quality and can hold up to the fact they will be flung and flicked around. The wooden markers are a nice touch too; I have always appreciated that HABA components have obvious durability.

How to Play Dino World

The goal of Dino World is to successfully hunt more dinosaurs than the other players.

Setup is nice and quick. Each player gets 1 Wooden Marker, 1 T-Rex Card, 2 Spinosaurus Cards, 2 Dilophosaurus Cards, and 4 Velociraptor Cards. Then you scatter the 16 Archaeopteryx Cards over your playing area. Take your empty game box and put it together and then set it up (the tall way) to act as the Jumping Rock.

The player with the best roar goes first and then play continues clockwise.

On a player’s turn, they pick any of their dinosaurs they have to go and hunt. The dino is placed along the long end of the box (the box may be moved around) and is flicked/pushed off the edge towards the other dinosaurs (these dinosaurs must be at least a hand width away from the box).

Any dinosaurs the card touches that qualifies as prey (even dinosaurs other players hunted with) and is then taken by the player and placed beneath their Wooden Marker. The Dinosaur Cards all have color-coded edges and the card notes which dinosaurs qualify as prey by color. Your dinosaur remains on the hunting grounds even if it didn’t catch anyone. If he goes off a table, the card can be picked up, but it is now out of play. Dinosaurs under the Wooden Marker may not go hunting (they were eaten after all).

The game ends when there are no more dinosaurs to send out hunting. Players then count up how many cards are under their Wooden Marker. The player with the most dinosaurs caught wins. If two players tie for the highest, they both win.

Why You Should Play Dino World

Dino World is made with quality pieces, sets up quickly, cleans up quickly, and plays fast enough that it’s easy to fit in multiple rounds of play. The simple play mechanic makes it easy to learn, and it’s quick to get to playing, which kids really like. Don’t let the simplicity of the play mechanic deceive you; there is some finesse into landing that card just right which may make it a bit challenging for some kids under the age six recommendation. There is also a strategy component that comes into play. Do you spend that single T-Rex Card early when there may be smaller dinosaurs closer together or wait until the hunting ground contains more of the Players’ dinosaurs that still count as prey for the dinosaur at the top of the food chain? Either strategy can pay off, but you also have to have a bit of skill to make it happen too. A (age eight) summed up his approval by saying, “I like the challenge. Can we play again?” He was able to tie for a first place win with another adult, so being an adult does not necessarily give you an edge on the kids.

HABA lists the MSRP at only $11.99, which is highly reasonable for a fun game that my kid instantly replayed at least three times when we first broke it out. Since kids love dinosaurs, you can probably think of at least one kid you know that would love to get this game as a gift (I have two off the top of my head). If you don’t want to buy directly from HABA or another online source, the HABA site will even let you look up who the authorized HABA product dealers are local to you. 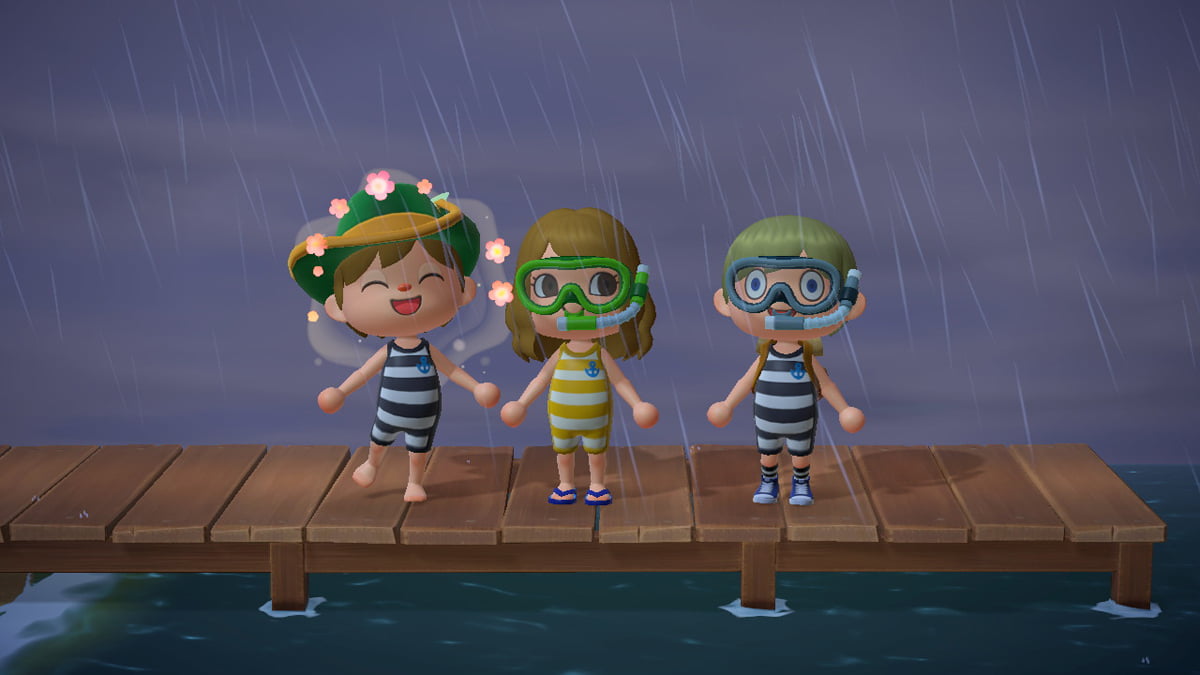 The Best Thing About ‘Animal Crossing’ Is the Community

Let This Giant Pokéball Lure You to the Play Nintendo Tour