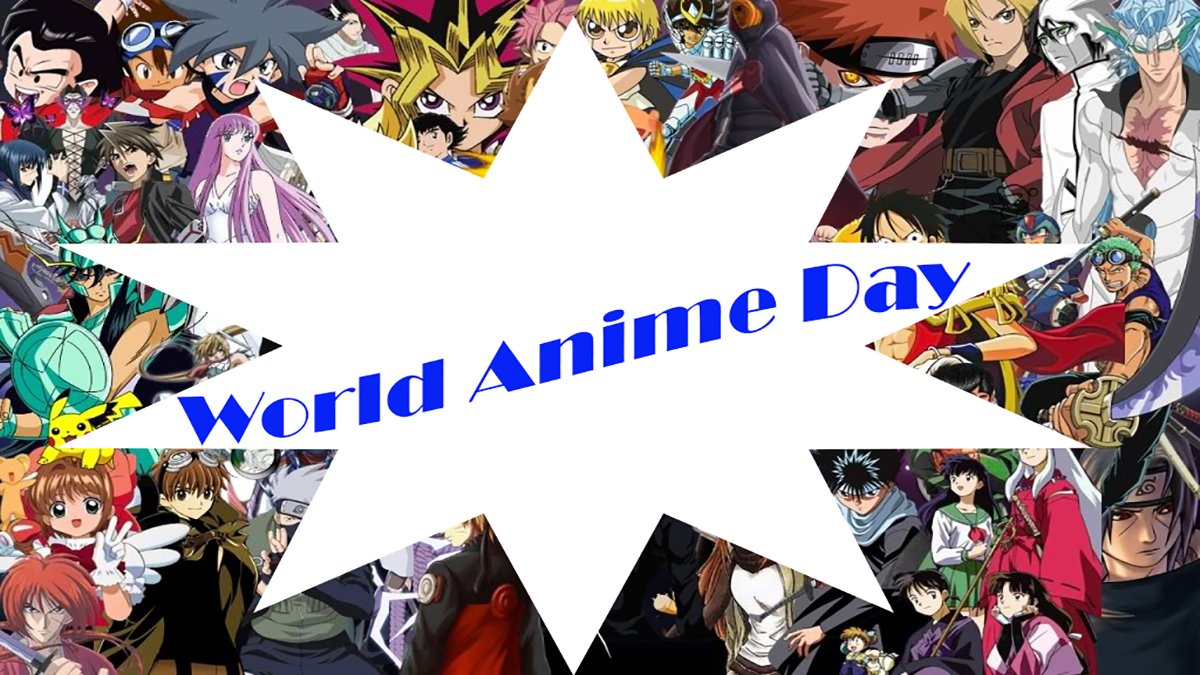 Today is World Anime Day, and there are a million and one great ways to celebrate it. You could watch a family friendly anime with your kids or younger siblings. You could check out some of the newest simulcasts, or you could re-watch or explore some lesser known/older anime. To give you a start on that last one, we’ve got a quick list of fierce female characters who you may or may not know.

Anime has no shortage of impressive women. As with all forms of fiction, many tropes exist in anime, but there are just as many interesting, well rounded and fully developed characters. This list will introduce you to just a few of these fierce females. This is also a very small list relatively speaking but it should give you a place to start. There have been many fierce and interesting female characters in anime throughout the years.

Anime is Not Just for Kids

Another common misconception is that anime is just cartoons and therefore “just for kids.” The fact is that anime is merely the broader term used to describe an art style. Within anime, there is a full range of series appropriate for ages from elementary school on through adults. Many anime series have in-depth lore and intriguing character backstories. Often Anime is based on Light Novels or popular video game franchises. 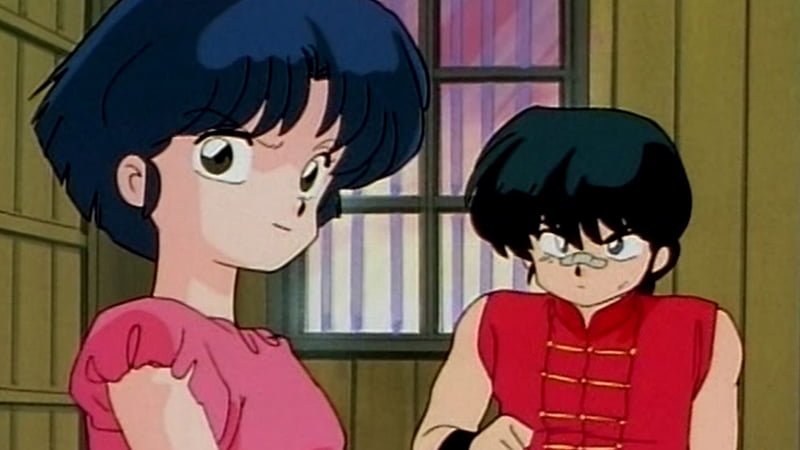 Akane is the 15-year-old leading female character in the genderbending anime romantic comedy series titled Ranma ½. The youngest of three sisters and the heir apparent to the Anything Goes School of Martial Arts. Her life becomes chaotic following her father’s announcement that he promised one of his children as a bride to Ranma Saotome, the son of his old training partner Genma. As it turns out 16-year-old Ranma is cursed to become a girl when splashed with cold water but hot water will change him back. Once the curse is explained to the Tendos, Akane’s older sisters Kasumi and Nabiki both insist Akane would be the best choice because she claims to hate boys and “Ranma is half-girl.”

Like any young woman her age, Akane has insecurities about her own attractiveness, and lack of traditionally feminine talents such as cooking, even so, she is considered quite beautiful by all her classmates.  She’s a capable martial artist, particularly excelling in the use of a wide variety of archaic weaponry. The series is a romantic comedy with most of the driving force being the intricate relationships, unusual personal characteristics, and eccentric personalities. 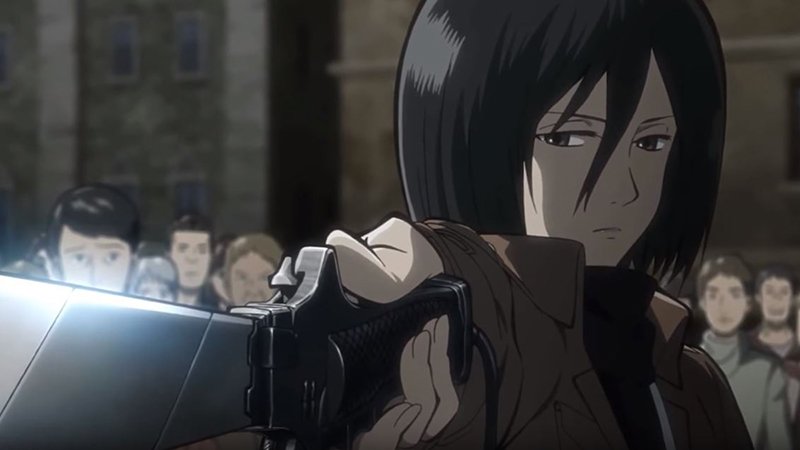 Mikasa is the main female protagonist of the popular series Attack on Titan. Her brutal past and the unconditional love and acceptance she received from the family of her adoptive brother Eren Yeager has shaped Mikasa into a formidable force.

Before the start of the series, a band of criminals brutally murdered her parents before her eyes when an attempted to kidnap Mikasa, and her mother went awry. Eren Yeager, only a boy himself, came to her rescue and managed to kill two of the kidnappers before the third overpowered him. Mikasa managed to abandon all inhibition and hesitation, allowing her to kill the final assailant. This event awakened the fighting instincts and catalyzed the self-control created the unstoppable soldier defending humanity from the Titans. 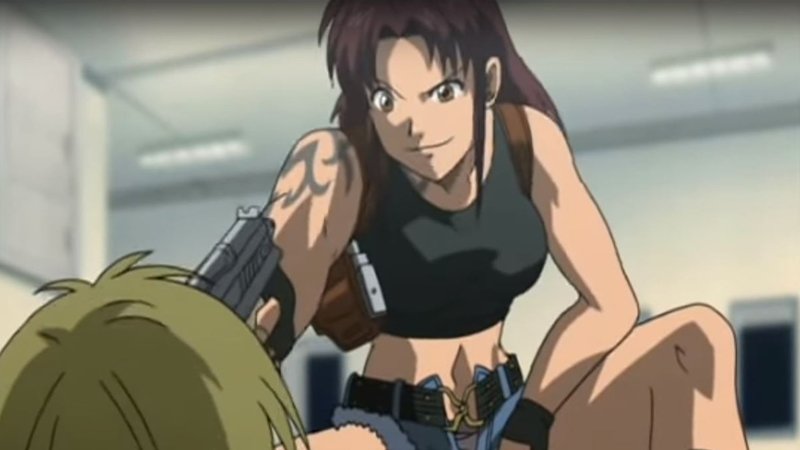 Revy is the Chinese-American female protagonist of the series, Black Lagoon. She does most of the fighting for the Lagoon Company. While little is revealed about her past, it seems she grew up on the streets of Chinatown, Manhattan, spending most of her youth as a criminal. Flashbacks and hints dropped through the series imply that her first murder might have been shooting her abusive father, using a pillow as a silencer. While she may not be the girl every mother wants her daughter to become;  she is confident and resilient. She’s also cranky, aggressive, prone to profanity, cynical, a heavy smoker, and chronic drinker. 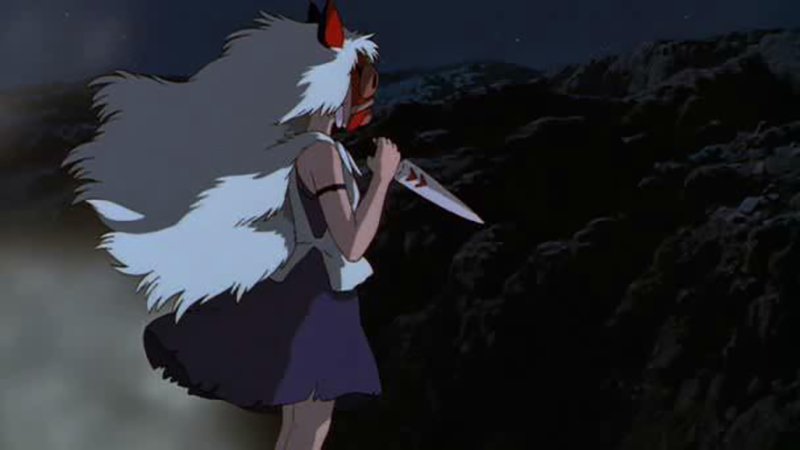 Also known as Princess Mononoke or the “Wolf Girl,” San is the main heroine of the 1997 Studio Ghibli movie Princess Mononoke. San was adopted by the wolf goddess Moro who discovered her parents defiling the forest. Her parents threw San at Moro and ran away. Moro took pity on San and raised San as her daughter. Through the movie, San’s primary concern is protecting the forest and the animals with whom she lives. San chooses to reject her own humanity and thinks of herself as a wolf. In anger at the humans’ destruction of nature, she attempts to assassinate Lady Eboshi the leader of Irontown on multiple occasions believing that it will stop the humans from expanding into the surrounding, untouched forest.

One such attempt causes her to be drawn into the battle between Lady Eboshi and Ashitaka over the Forest Spirit’s head. She helps Ashitaka return the head to the Forest Spirit. Unable to forgive humans for what they have done to the forest, she elects to continue to living apart from them despite her feelings for Ashitaka.

Mikoto Misaka is a secondary heroine in A Certain Magical Index and the main character in A Certain Scientific Railgun. She is known as Tokiwadai’s Ace referring to Tokiwadai Middle School, which she currently attends. She entered Academy City of Science and Technology at a young age. As the name suggests, Academy City of Science and Technology is a sovereign city-state consisting primarily of schools and institutions of higher learning. Students at these institutions learn side-by-side along with the scientists who research both psychic powers and higher technology.

Mikoto distinguished herself early as a prodigy starting out as a Level 1 esper and working hard to achieve Level 5. She is the third-ranked Level 5 esper out of seven in Academy City. Her signature move has earned her the nickname Railgun. 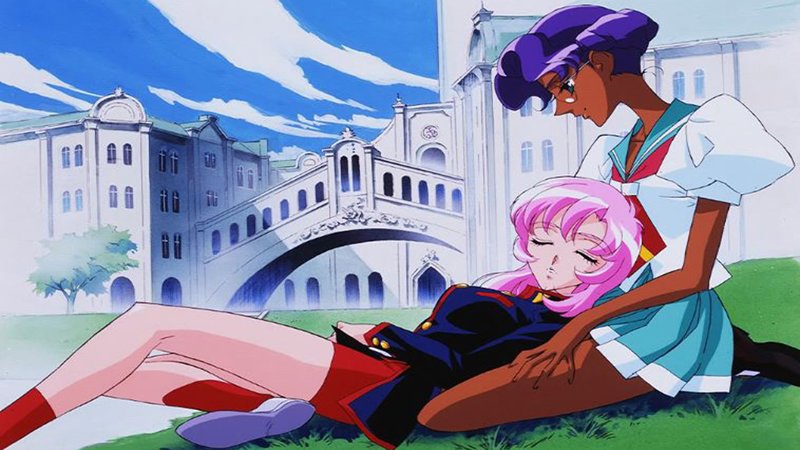 World Anime Day wouldn’t be complete without some mention of Utena, the protagonist of the 1997 anime series Revolutionary Girl Utena. Utena’s character was considered groundbreaking in many ways. In fact, she is such an iconic character that she turned up as one of the main characters in The Masquerade last year at Metrocon Tampa. Utena is a teenage girl who was so impressed by a kind prince in her childhood that she decided to become a prince herself. She chooses to express this in both her manner of dress, her masculine presenting personality, and her goals. She attends Ohtori Academy, where she meets a student named Anthy Himemiya, who is referred to as the Rose Bride. Utena unintentionally ends up winning the Rose Bride then fights to protect Anthy. This protectiveness pulls Utena into a series of sword duels with the members of the Student Council. The winner of the tournament will receive a mysterious “power to revolutionize the world.”

This isn’t even close to a complete list. There are hundreds of other fierce females in anime. Not all of them are physical fighters, some are strategists, some are mentors, some are psychics, and some are magicians, like Lina Inverse. There are fierce female friendships and women with incredible goals, achieving amazing victories all through anime movies and series. Today is the perfect day to take the time to celebrate your favorites. Share some of your favorite fierce female characters and their series or movie with other anime fans in the comments below. 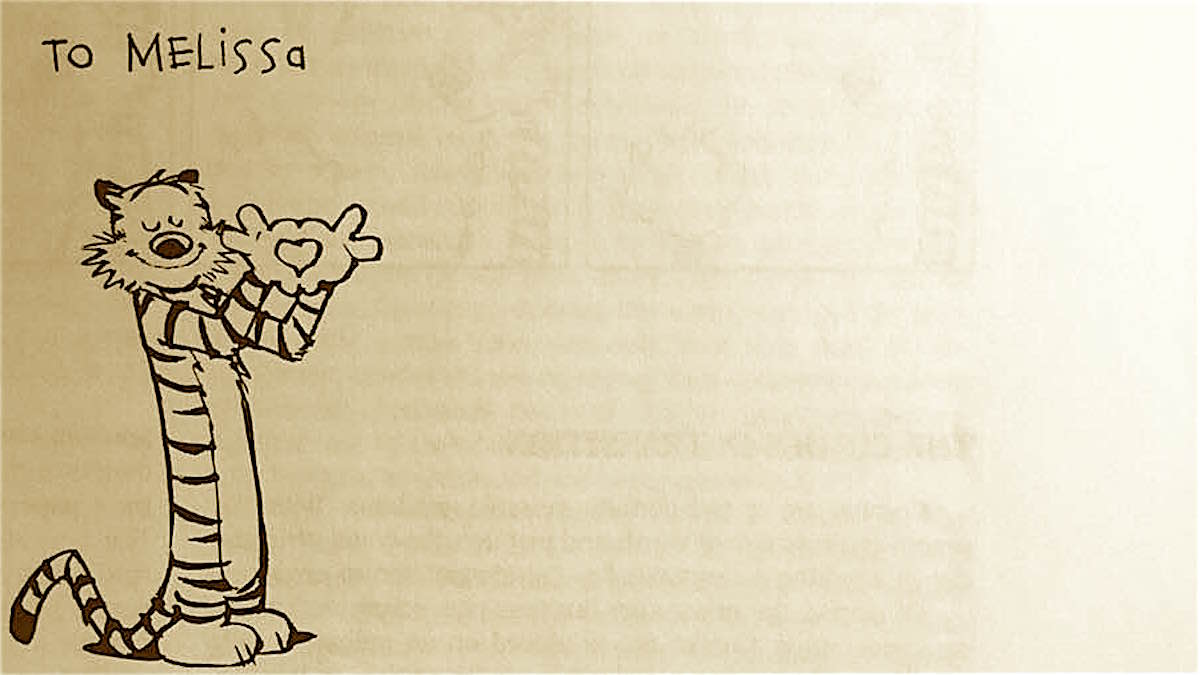 What’s in a Name: The Power of Dedications 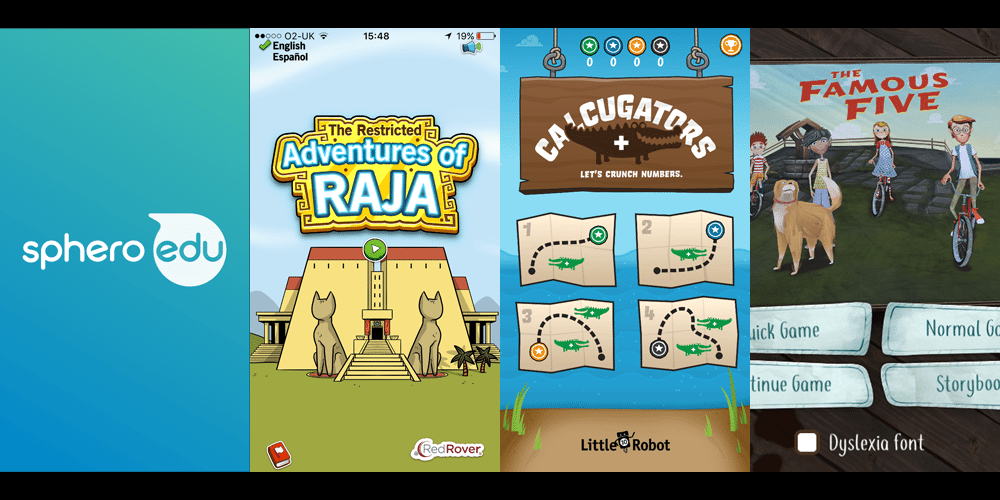 My Journey to the Blue Side of Star Wars