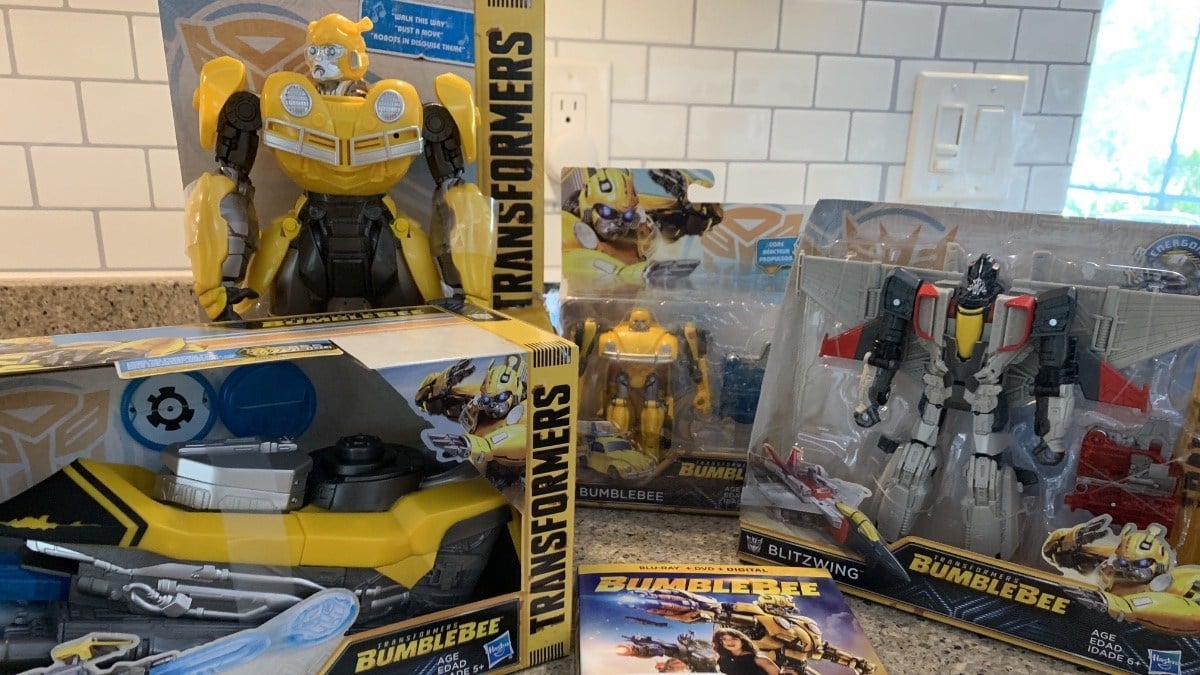 I know, you’re already deep into your mental preparation for the crucible that will be Avengers: Endgame, readying mind (and bladder) for the torture coming at the end of the month.

But before that, why don’t you step back, take a deep breath, and remember that movies are something to be enjoyed, something fun.

It’s time to grab a copy of Bumblebee on Blu-ray, kick back with a bowl of popcorn, and smile.

Movies are More Fun With Friends

Paramount was kind enough to send over a family fun pack of Bumblebee merchandise along with a copy of the Blu-ray DVD. The Energon Igniter Power Plus Bumblebee and Energon Igniter Nitro Blitzwing are a ton of fun. They’re just as detailed as any deluxe Transformers figure from the “collectors” line (and if reviews are to be believed more satisfying than the Studio version of Bee).

Also in the box is a “I’ve-played-with-it-more-than-I-have-any-right-to” DJ Bumblebee. He plays clips of 80’s tunes. He dances. He’s going to annoy the ever-loving-stuffing out of you until you secretly remove his batteries and tell your child that he “must be broken.”

That’s when your kid will shoot you in the face with the Bumblebee Stinger Blaster, assuming they haven’t already lost all the energon discs that come with it. Luckily (?) they can convert the blaster to a forearm-mounted energon sword.

I give Hasbro a lot of credit. They finally got the toy release cycle right for Bumblebee. There are a ton of different figures, along the entire spectrum of play styles, plus lots of fun non-transforming items.

You Had Me At Motion Comic

Another fun pack-in with the Blu-ray (and 4K version) is a Bumblebee comic. Part of it is printed as a physical comic and included in the slipcover, but for the whole thing, you can check out the motion comic included as an extra on the disc (or with the digital version). It continues the story and offers hints as to where the series might go next (as well as where it could fit in to the Bay-verse). If you enjoyed the G1-fest at the beginning of the movie, you’ll see some familiar faces reappearing to help out (and oppose) B-127.

The other featurettes included on the disk include more John Cena action (if you’re into that sort of thing), some extended and deleted scenes that definitely change the timbre of the movie (I’m happy we didn’t get the voiceover intro or the appliance mayhem scene), and a few outtakes that are really more “here’s an entire scene again but with John Cena being a goofball for a few lines.”

The movie itself is, of course, fantastic. If you haven’t had a chance to check it out yet, you owe it to yourself to do so. It’s everything that we hoped the original Transformers would be back when Michael Bay set out to bring the toy line to the big screen.

It’s so good, it makes me mad that we didn’t get this ten years ago instead. I can’t wait to see what future films do to correct the mistakes that “Bayformers” made with the franchise. Here’s hoping that Travis Knight stays on board as director. It’s obvious that, unlike Bay, he has an appreciation for the property that goes beyond box office draw.

Where Can I Get It?

The Blu-ray edition comes with the Blu-ray disc, a DVD, and a digital version that includes all the on-disc featurettes. You can pick up Bumblebee right now on Amazon for around $23.

Thanks to Paramount and Hasbro for the movie and toys. Opinions are my own.

Click through to read all of “‘Bumblebee’ is Out on Blu-ray, We Celebrate with a Family Fun Pack” at GeekDad.If you value content from GeekDad, please support us via Patreon or use this link to shop at Amazon. Thanks! 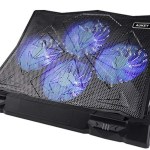 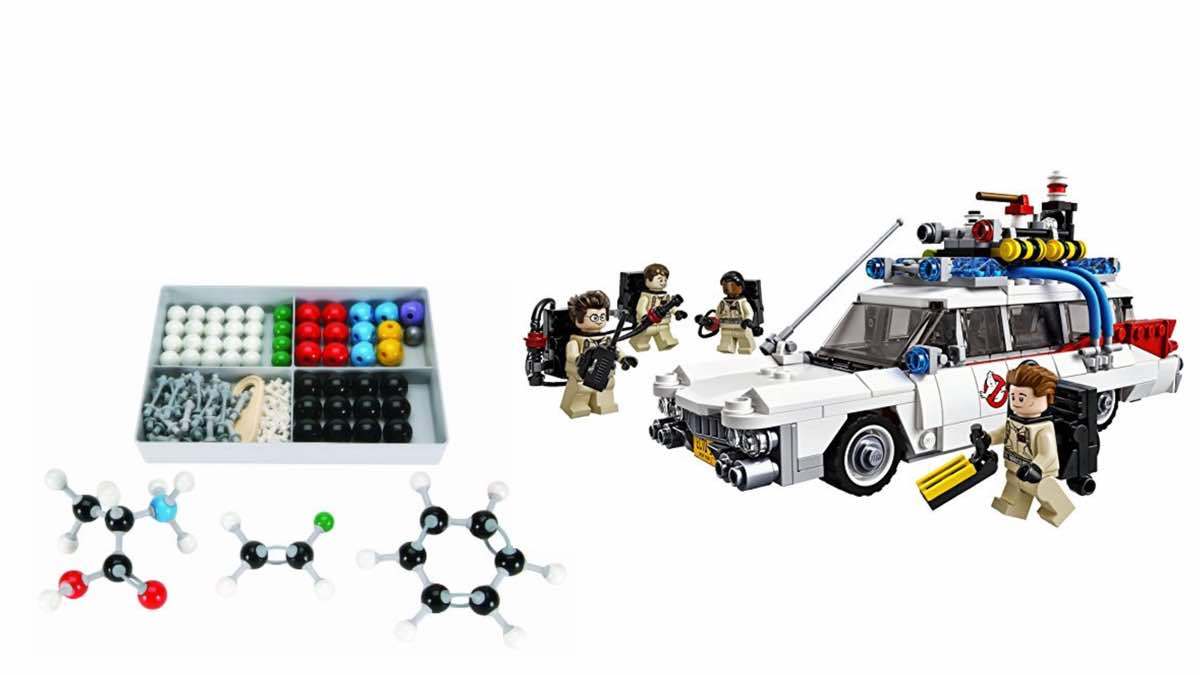 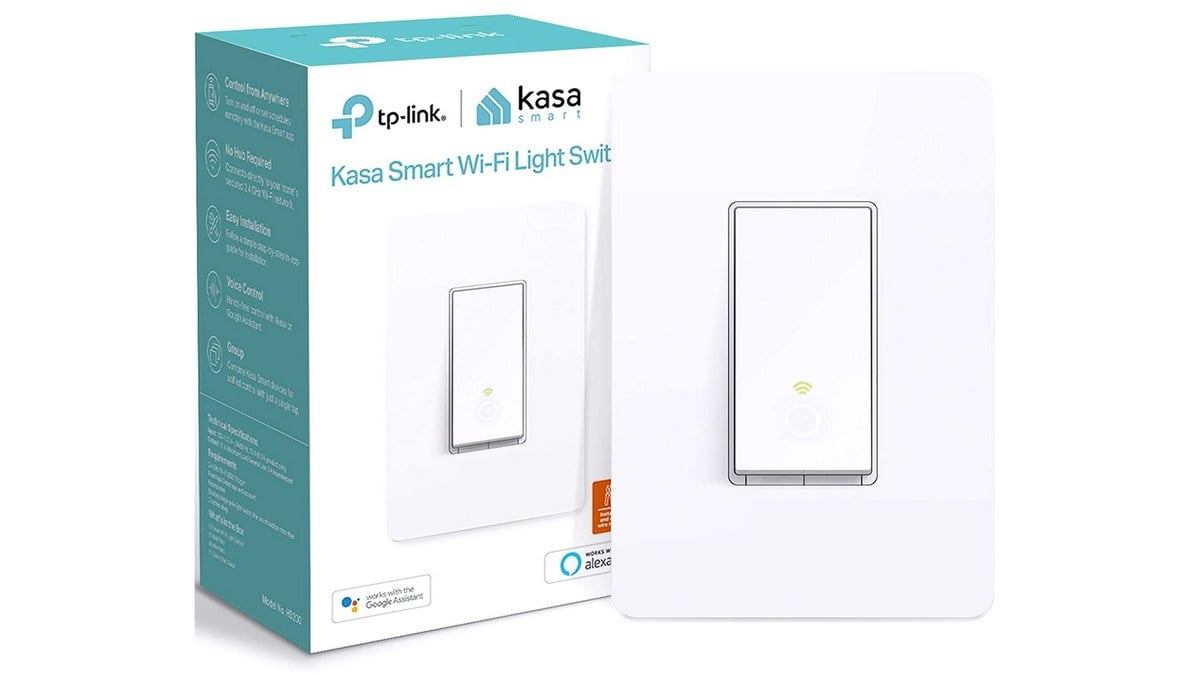