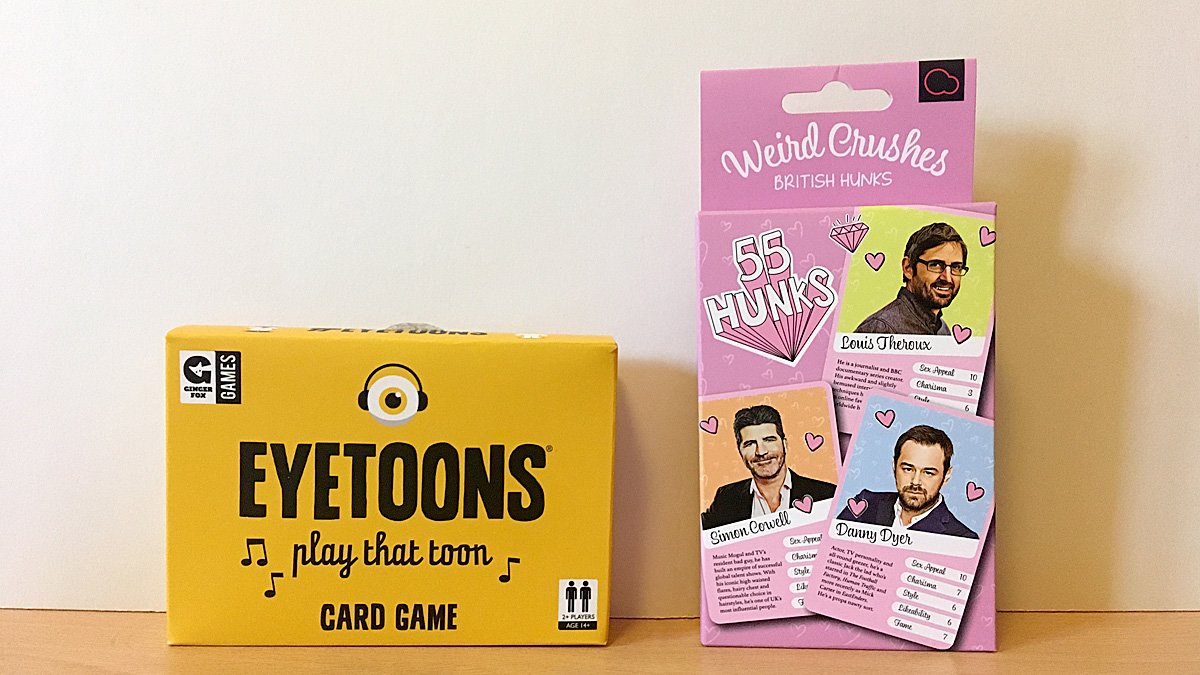 When I’m thinking about party games for non-gamers, there are a few things I always consider. The games need to be explainable in under a minute without complicated rule books to pour over, they need to be easy to handle on a couch, and they need to be a lot of fun. I’ve recently come across two games that fit these criteria perfectly: Eyetoons, and Weird Crushes.

While both of these party games are more suited to adult parties, they are not “adult” in the same way as a game like Cards Against Humanity. Instead, they are simply games on subjects that younger players will find dull or not have the cultural knowledge to play. Both of these games are totally suitable to play with grandma (assuming, of course, that you’re happy to learn how grandma rates Gordon Ramsey’s sex appeal…)

The concept behind Weird Crushes: British Hunks is incredibly simple, in fact, you have almost certainly played it before because this is a variant of Top Trumps.

All the cards are dealt out evenly between all players and each player flips over their top card, keeping it a secret from the other players. One player chooses a category and reads out their card name, the chosen category, and their score. The other players then read out the score from their current card in that category. The player with the highest score wins all the current cards and adds them to their deck. In the event of two or more cards having the same winning score in a category, those cards are placed in a pile nearby and a new round begins using the same category. The winner of the next round collects all the current cards and also the pile of cards from the previous round.

The winner of the game is the first player to collect all the cards.

Ok so this isn’t the most exciting of party games, but it’s perfect for parties more because of the discussions it generates. The cards all have the kind of descriptions on them that would be right at home in a Sweet Valley High book, which is only the funnier when they are describing politicians, TV chefs, and daytime TV presenters. You will very soon have forgotten all about the game itself as people vehemently disagree over the scores that have been given. One of my highlights of the year so far has been watching my slightly drunk gay friend go through the deck loudly proclaiming, “no. No. No. HECK no. Hmm maybe. No. No. No. Yesssss. No. No. No!”

While this game is unlikely to be one you’d take to just any gathering, it will provide hilarity among your male-fancying friends and will probably bring back memories of playing Dream Phone back in the 90s!

On an entirely different subject, Eyetoons is a picture-based music quiz card game which can be played individually or in teams. It is formed from a deck of cards, each containing a picture which represents a song and an artist.

To play the game, a card is pulled from the pack and placed face up where all players can see it. All the players then try to figure out what song and artist the card is showing – teams are allowed to confer. When a player or team has an answer, they announce it and flip over the card to see if they were correct. If they are correct, they score points (one for the artist, one for the song). If not, the other players/teams have an opportunity to guess. After eight rounds (or as many as you’d like to play) the scores are added up and the player/team with the most is the winner.

This is one of the best party games I have come across recently because of how simple it is. It can be explained in a single sentence, “look at the picture and guess the artist & song”, and understood even after several drinks have been consumed. It can also be played while lounging around on couches or the floor so you won’t need to drag people to a table. Like with Weird Crushes, it will also generate discussions. I found that people quickly stopped playing competitively to start working on solving the cards together which was actually more fun than playing it as a traditional game – there’s a great sense of achievement when you’ve worked together to identify an obscure card.

On that note, perhaps it’s just my personal musical knowledge at fault but many of the songs included here seem very obscure. Deacon Blue – Chocolate Girl, The Kooks – Ooh La, and Boys Meets Girl – Waiting for a Star to Fall are all songs that I would never have guessed even if I had years to think, especially when they were included in a deck that contained far more obvious tracks like Guns N Roses – Welcome to the Jungle, and Johnny Cash – Ring of Fire.

On the downside, it’s worth noting that this is a game with limited shelf life because once you’ve played a few times and learned the cards it will become increasingly dull – although there is ample scope for new decks to be released. Finally, we spotted that while the answers are printed with the artist above the song, at least one card was opposite. Unless the card was referring to an incredibly obscure track called Nat King Cole by the proto-Queen band Smile…

If these games have you keen to stock up your party games stash, then I suggest checking out our reviews of Cobra Paw, Show and Tile, and Yeah/Nope. 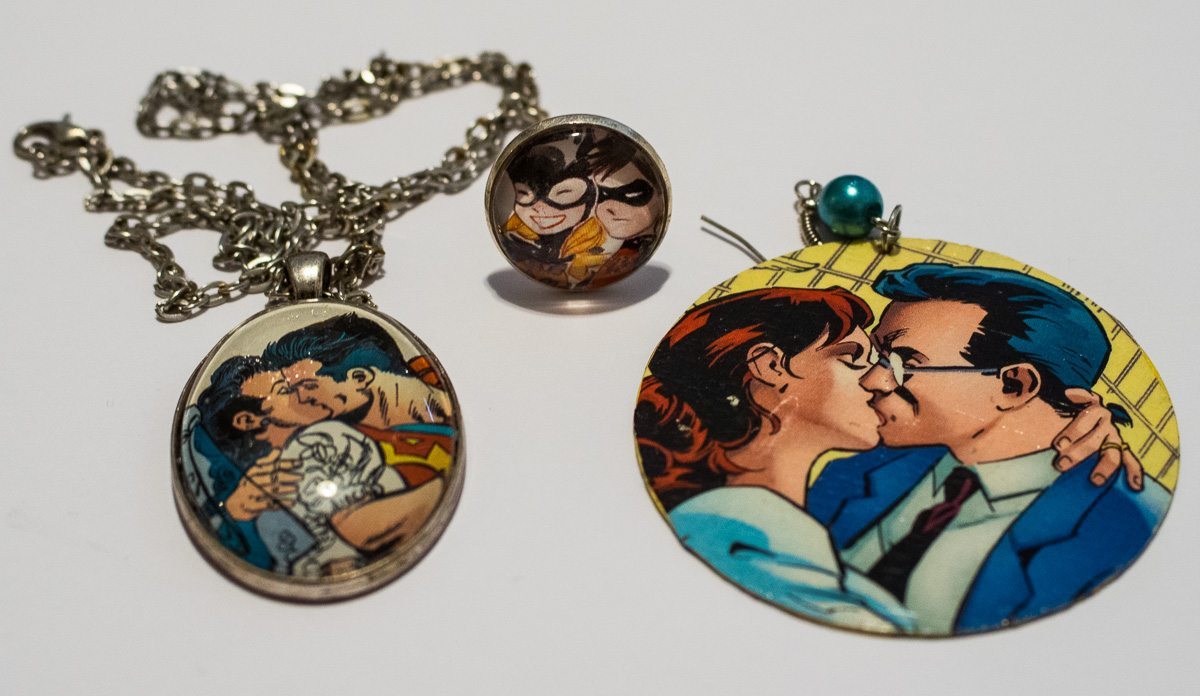