Be careful what you wish for, Joan. You just might get it.

Joan waved her away with the uninjured hand. What had Gregor said? Do not stop. She looked down at the metal shard protruding from the fleshy part of her palm, took a deep breath, clasped the shard and pulled it out of her hand.

Blood spurted all over her palm. She snagged a cloth from a desk drawer and wrapped the scrap tight around the puncture. She used her other hand, with an assist from her teeth, to tie it off.

“Give up, girl. You’re losing,” Roylott said from behind her.

She ignored him and the throbbing in her hand and fumbled for the spare needle on the desk. She grasped it and inspected the machine for damage.

It had automatically shut down when the needle broke. She cleared out the remaining bits of the broken needle and popped the new one into place.

A quick inspection revealed only a hole that she could use to sew the seam. She reset the leather, put her fingers on it and flipped on the switch of her machine.

Pain seared through her puncture with each movement. Instead of ignoring it, she rode with it, using it to focus on her task. Gregor said most people relaxed to find their mage focus. Now she knew she focused on her gift during sewing. But she would use anger and pain to focus on the task as well.

Dimly, she heard Roylott curse. That was not her concern. Through a haze of pain, she used a gathering stitch on the second sleeve.

Her vision narrowed and blurred at the edges. This was not the time to faint. She bit her tongue. The dim sounds of voices echoed around her. It did not matter.

The second sleeve was done.

With trembling fingers, she evened up the trailing tread and jumped up.

Gregor tackled Roylott and wrestled him to the ground before her opponent could even come close to her.

“False?” She held up her throbbing hand. “This was a win built on blood and pain. There was nothing false about it. Now, you will honor your contract. You will return what you stole from my father.”

Roylott stopped struggling. “You are the thief. You sabotaged my machine. You altered the steam pressure! I should have won!”

“Even after you caused the steam pressure going to Miss Krieger’s machine to surge and made the needle break?” Gregor said, holding Roylott on the floor.

“I did nothing,” Roylott said, his face against the floor.

“You cheated,” Gregor said. “If your pressure had similar problems, I can only see that as karmic justice.”

“Get off me!” With a heave, Roylott shoved Gregor off. The force of it tossed Gregor into the wall, and he hit with a nasty thud.

“No!” Joan rushed to Gregor but was shoved aside by an unseen force. Roylott’s magic. She fell sideways, into one of the vacant desks.

She raised her injured hand at him again. “You challenged me to a duel. You lost.”

Roylott backed up, closer to the boiler. His eyes were wild, and his face again appeared misshapen, as it had earlier. In fact, his cheeks seemed to be melting.

“Our contract specified I give back your father’s energy. It doesn’t prevent me from attacking others first.”

“You foul thing,” her mother yelled. “You cannot wiggle out of this. I forbid it.”

Joan ran to Gregor’s side while their enemy was distracted.

“Mistress.” Roylott spat out the word at her mother. “I have grown too powerful for you. For anyone.”

Sir August fired his magical pistol. The shot hit Roylott in the chest, and he staggered sideways into the boiler. Yet only a moment later, he stood and smiled, all teeth amidst the misshapen face.

“What are you?” Joan could see no blood on him, yet the bullet had hit him point blank.

“No man should survive those bullets,” Sir August said, staring in disbelief at his weapon.

“I’m no man, I’m a creation, and now I have outstripped my creator.” Roylott grinned, his voice a hoarse whisper, his mouth hardly visible now. “If I must honor the contract, I will ensure others suffer as I release the soul.”

“Distract him,” Gregor whispered to Joan. “You have the power!”

She stood, her knees nearly knocking together. “Take this, demon!” As she had the night before when the dark thing had climbed up her arm, she struck out blindly. As she felt the energy leave her fingers, the room began to glow.

But her attack had the opposite effect of what she’d intended. Roylott’s face took full form again. “More mage power for me. You have a tasty soul, Joan.”

“Are you a demon in truth?” she gasped. Her mother had collapsed to the floor. Sir August looked as unsteady on his feet as she felt.

Roylott had no chance to finish the sentence. Gregor appeared out of the shadows behind the boiler and shoved a burning piece of paper in Roylott’s mouth.

Roylott collapsed to his knees, his hands tearing at his mouth.

Gregor sliced off a portion of his howling opponent’s forehead with a knife. Roylott melted further. His howls turned into gurgles.

Glowing letters appeared on the remains of Roylott’s forehead.

Met. The Hebrew word for death. Joan gasped. Roylott was no demon, but a legend come to life.

Roylott looked up at her. His eyes were trapped in a face of clay slowly collapsing around him.

“You lost the duel, golem. Restore my husband,” her mother said.

“As you wish, mistress. Let it be on your head.”

Mistress? He’d said it before but she thought he was giving her mother a title as his employer. But this seemed something more. “Mother, what does he mean?” Joan braced herself against the desk to stay upright. Her body was heavy, and it was an effort to focus her vision. She had drained herself, just as she had when opening the safe.

“Do not listen to it! It lies!” Mother said.

Roylott raised his arms. Light flashed from the golem’s melted figure and filled the room. Joan put up her hand to shield her face. Gregor scrambled to her, pulled her against his chest and held the back of her head tight against him.

“Close your eyes, Joan! Do not look!” Gregor had a vise grip on her. “Milverton! Run! Take cover!”

Even with her eyes closed, light seeped through and blinded her. Joan heard her mother scream. She fought to break away from Gregor and help her mother but he would not let her go.

“You cannot help her now.”

Joan felt the inky blackness growing around them, as it had the night they had been trapped under the desk. Gregor was shielding them from the golem’s attack. He was also effectively locking her in and locking her mother out.

Joan pounded on Gregor’s chest. She screamed but could not hear herself in the darkness. Tears streamed down her cheeks. Utter void surrounded them. It was just the two of them, safe in a pitch-black cocoon, while somewhere out there, Roylott was doing horrible things to her mother.

As suddenly as the dark had enveloped them, it was gone. The world was back.

And in utter shambles.

The building had collapsed around them.

London’s moist air whipped her loose hair around her face. The outer wall of the sewing room was gone and the boiler had crumpled inward. Around her, smoke rose from the wooden rubble. The chimney had broken in half.

She spotted a shapeless lump in the twisted metal near the boiler.

The sewing machines were molten semblances of their former selves. Above them, a timber creaked. Perhaps something still stood after all.

The dust cleared around them, revealing an image of a human seared into the floor to her right.

That was where her mother had been standing.

Gregor shook her. “The rest of the ceiling is about to collapse.”

He pulled her past the boiler and to the side street. She heard a horrible crack and turned to face the destruction.

The second floor of Krieger & Sims, where her living quarters had been, rained down on the first, blowing around splinters and dust so thick it burned her eyes.

The destruction seemed to go on forever.

When the air cleared, she did not believe what her eyes told her. She fell to her knees and put her face in her hands.

Gone. It was all gone. 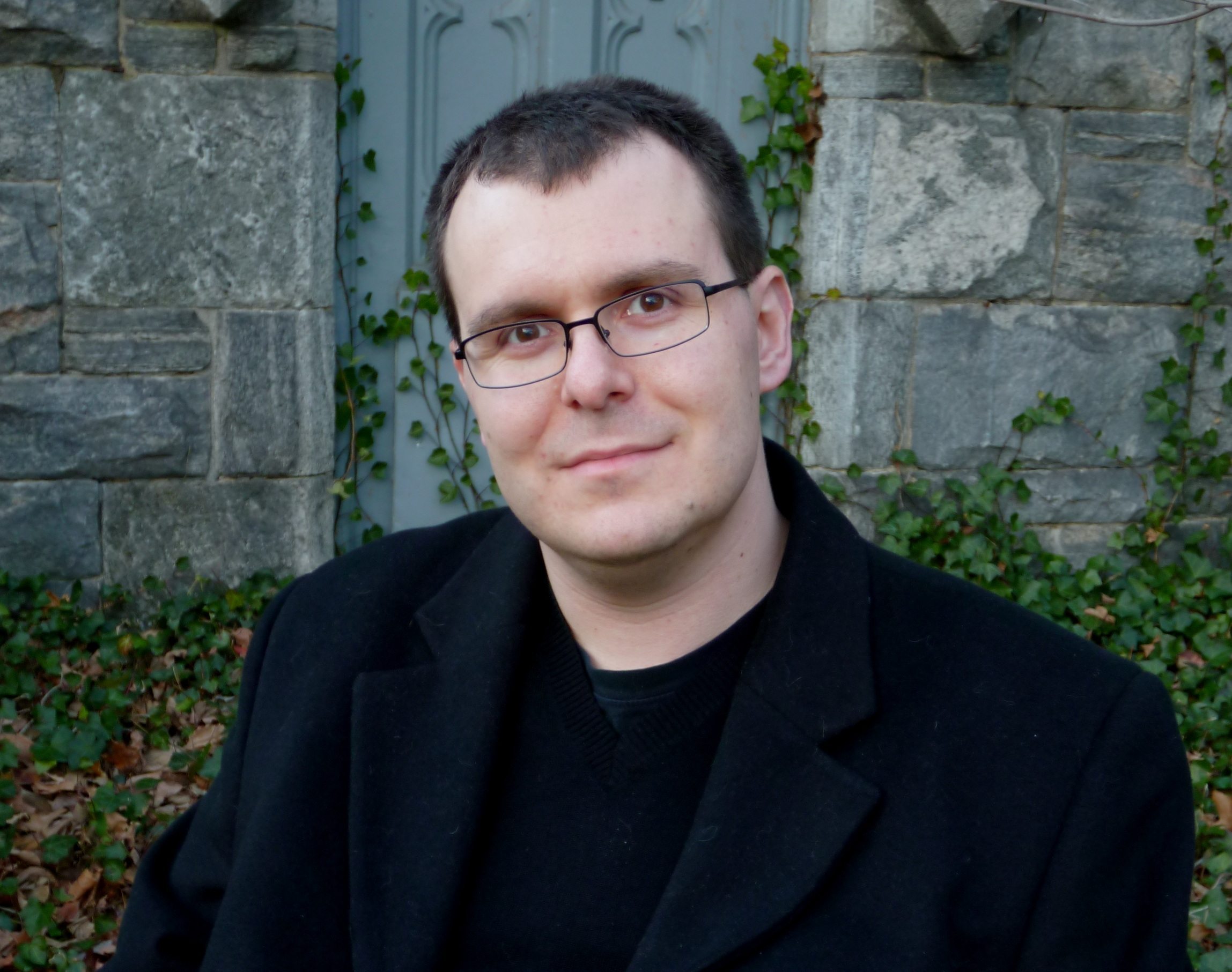