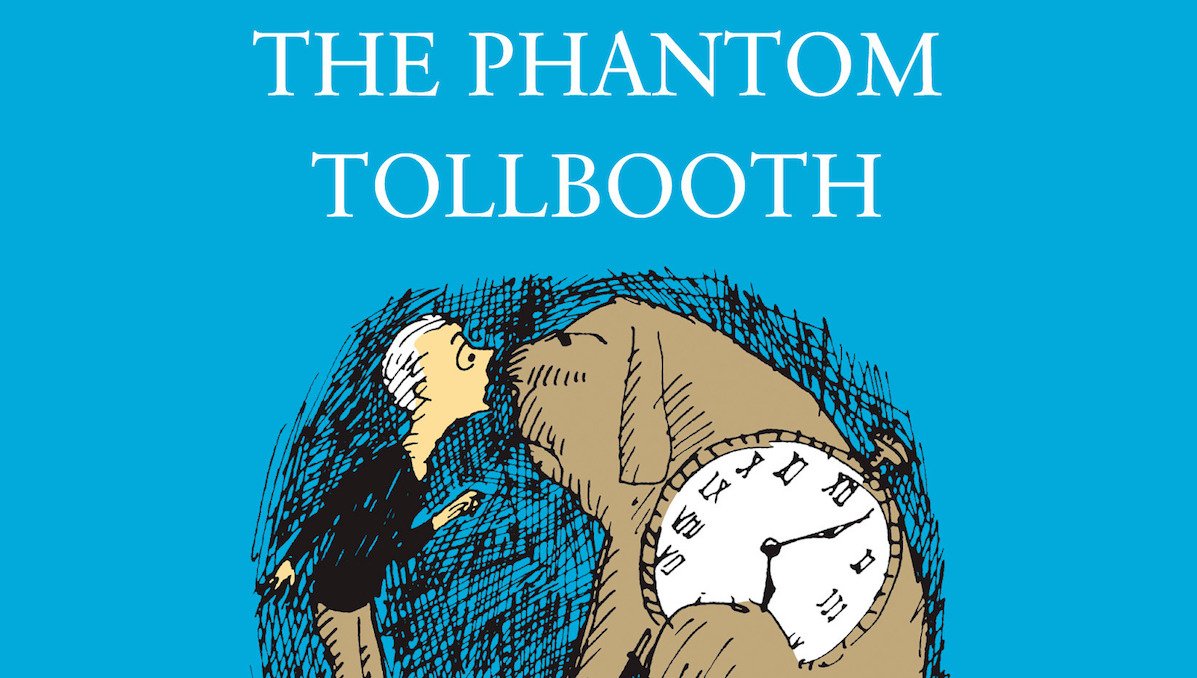 The first was by Norman Dietz, an award-winning narrator with numerous credits. The second version was read by actor David Hyde Pierce. My son has a great attachment to the Dietz version because of the narrator’s impressive vocal range, where you knew exactly what character was speaking right away. (He was not super-thrilled with the DHP version at all.)

But, since he loves the story, he was thrilled to try out the new reading of The Phantom Tollbooth by actor Rainn Wison of The Office. Wilson’s reading has quickly joined Dietz’s version as a favorite.

For those unfamiliar with the story, the plot of The Phantom Tollbooth depends on a road trip. A kid named Milo who lives an ordinary life and sees no use in pursuing any more knowledge than he already has is at the center of the tale. He’s not a particularly smart kid–he’s average in every way. One day, he comes home from school to find a large package in his room. He opens it up and inside is a Toll Booth that just happens to be the perfect size for the small electric car he keeps in his room.

So Milo drives through the Toll Booth and finds himself in the Kingdom of Wisdom where things don’t make sense. At first, Milo only intends to travel as far as the city of words but, as road trips do, the journey becomes more complicated. Joined by his faithful literal watchdog, Tock, and a cowardly insect known as the Humbug, Milo sets to return Rhyme and Reason to the Kingdom of Wisdom by getting to the Castle In the Air.

Wilson’s voice has a storybook feel to it, almost like a parent reading the story to a child. My son loved Wilson’s acting, especially the ending when Milo has to return home and say good-bye to his friends. That is full of emotion, and my son said he never felt as sad about that part of the story ever before.

Here’s a sample of his style:

Wilson also brings to life the quirky characters of the book, particularly the Humbug. He plays up the angle of the lovable coward that is the Humbug’s role and it’s a lot of fun.

To celebrate the release of the special edition, Wilson is also doing a question and answer session today with Penguin/Random House.

There’s a guest star later in the book and the story of that additional voice is super-sweet.

The only minor niggle we had with Wildon’s version is that he doesn’t have the vocal range to differentiate each voice the way Dietz does. But considering the emotion that Wilson puts into the story, it’s a tiny complaint.

Never read the story and love audiobooks or have a child who loves audiobooks who wants to go on an adventure? Rainn Wilson’s version of The Phantom Tollbooth would be the place to start!

The Feel Bad Movie of Christmas: The Girl with the Dragon Tattoo Trailer