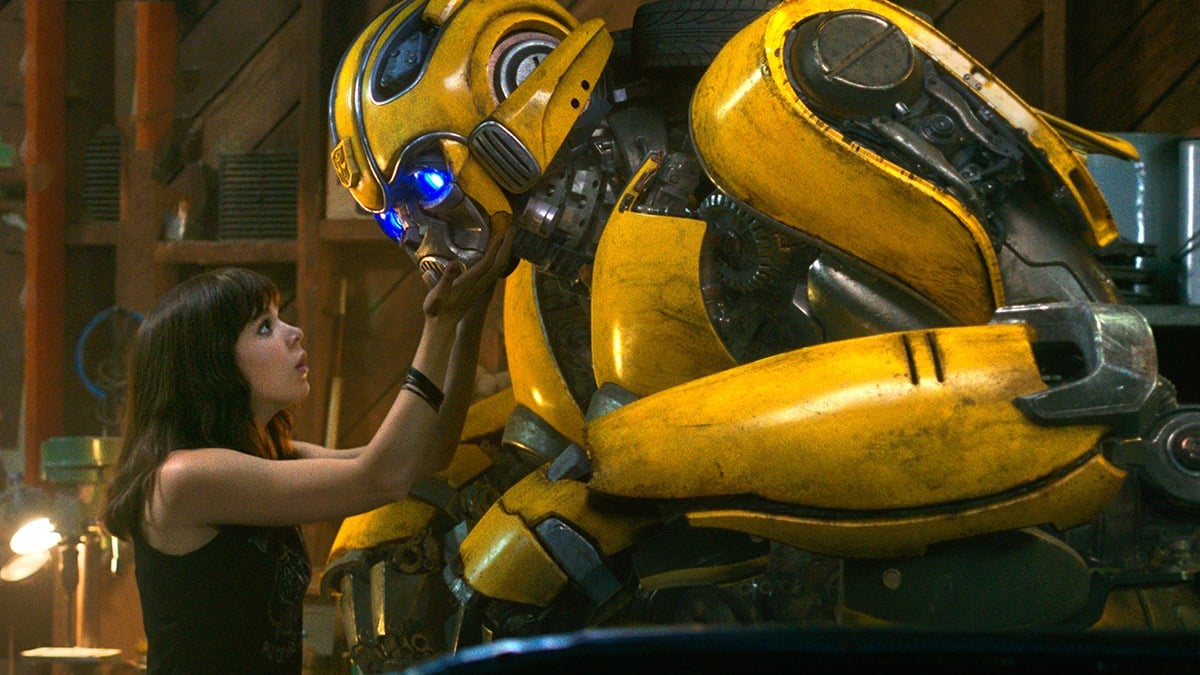 The latest installment in the Transformers franchise opens in theaters this weekend. Read on to see if you should take the kids.

Bumblebee is a prequel to the original Transformers movie. Set in 1987, it tells the story of how the title character got on Earth and his first set of adventures here. There, he battles both the humans in Section Seven and a couple of Decepticons who follow him to Earth.

One of the nice things that sets Bumblebee apart from the rest of the franchise is that fact that its lead (human) character is a woman, Charlie, played by Hailee Steinfeld. The main Decepticon, Shatter, is likewise female, voiced by Angela Bassett.

Charlie’s partner in her adventures (besides, of course, Bumblebee) is Memo, played by Spider-Man: Homecoming’s Jorge Lendeborg Jr. And of course no Transformers movie would be complete without everyone being chased by government agents, this time led by John Cena.

Short answer: yes, Bumblebee is enjoyable. It does have more than a few “action figures punching each other” scenes, because it is stil a Transformers movie, but it has a lot more going for it than that. This movie is saved primarily by the choice to have a new director, Travis Knight, whose only previous directing credit was the truly spectacular Kubo and the Two Strings. Unlike Michael Bey, Knight understands things like character development and story, both of which have been sorely lacking through most of the franchise.

Another thing that distinguishes Bumblebee from the rest of the franchise is that it is the first film in the series written by a woman: Christina Hodson. Together, she and Knight made sure that Steinfeld is a strong, indepedent lead, rather than the damsel-in-distress role that most of the other women in the series have played. Oh, and there isn’t a scene where Steinfeld is asked to lean provacatively over the car’s hood.

I’d say that teens and maybe even pre-teens will enjoy the movie. As I mentioned above, it has a lot more heart and character development than most of the rest of the series, but Knight also keeps the action going, so it’s never boring.

5. So how does it rate compared to the rest of the franchise?

The last few movies in the franchise haven’t exactly been good … or even watchable. I’ll admit that I stopped after the one with Mark Walhberg fighting robot dinosaurs. But the series started out well, with the original film being downright enjoyable.

So given that very, very low bar, I’d say that Bumblebee is certainly one of the two best movies in the franchise, with the other being the first. However, I haven’t seen the first movie in a very long time, so without watching it again, it’s hard to say which of the two is better.

The film is rated PG-13 for “sequences of sci-fi action violence.” That shouldn’t be a surprise to anyone, seeing as the film is about a portion of a war being fought by alien robots.

There’s no sex at all in the film, and I only caught one instance of a bad word, when Cena at one point says “s***.”

7. Does the story align with the other movies?

As mentioned above, Bumblebee is a prequel to the first movie. So, we learn how and why Bumblebee came to Earth, so that he could eventually be found by Sam Witwicky. Without getting into spoilers, let me just say that there are quite a few things from the original Transformers movie that don’t seem to quite make sense given the events of Bumblebee. For instance, the fact that the US government, and in particular Sector Seven, already know about the Autobots and Decepticons, makes sense given that Cena’s character in this movie works for Sector Seven. But, there’s no mention on the Transformer’s part of the AllSpark here.

We do find out why Bumblebee can’t speak, though.

8. Is it worth seeing in 3D or large format?

I saw the movie is plain old 2D, and thought it was perfectly fine. There are lots of instances during the fight scenes where they do zooms and pans that are obviously in there for the 3D, but I don’t think they are enough to justify the added cost.

9. When is a good time to sneak out to the bathroom?

Unlike the other big movie opening this weekend, this movie is mercifully short, at just under 2 hours. Perhaps the best time to sneak out is roughly half way through when Charlie needs to go to work and leaves Bumblebee alone. He goes into her house and accidentally destroys it. It’s a cute, funny scene, but doesn’t advance the story at all.

10. Is there anything after the credits?

There is a sequence just after the credits begin, but you’d have to sprint out of the theater to miss it–it’s literally fade to black, show the movie’s title, then begin the sequence. After that, there’s nothing.

Click through to read all of “10 Things Parents Should Know About ‘Bumblebee’” at GeekDad.If you value content from GeekDad, please support us via Patreon or use this link to shop at Amazon. Thanks! 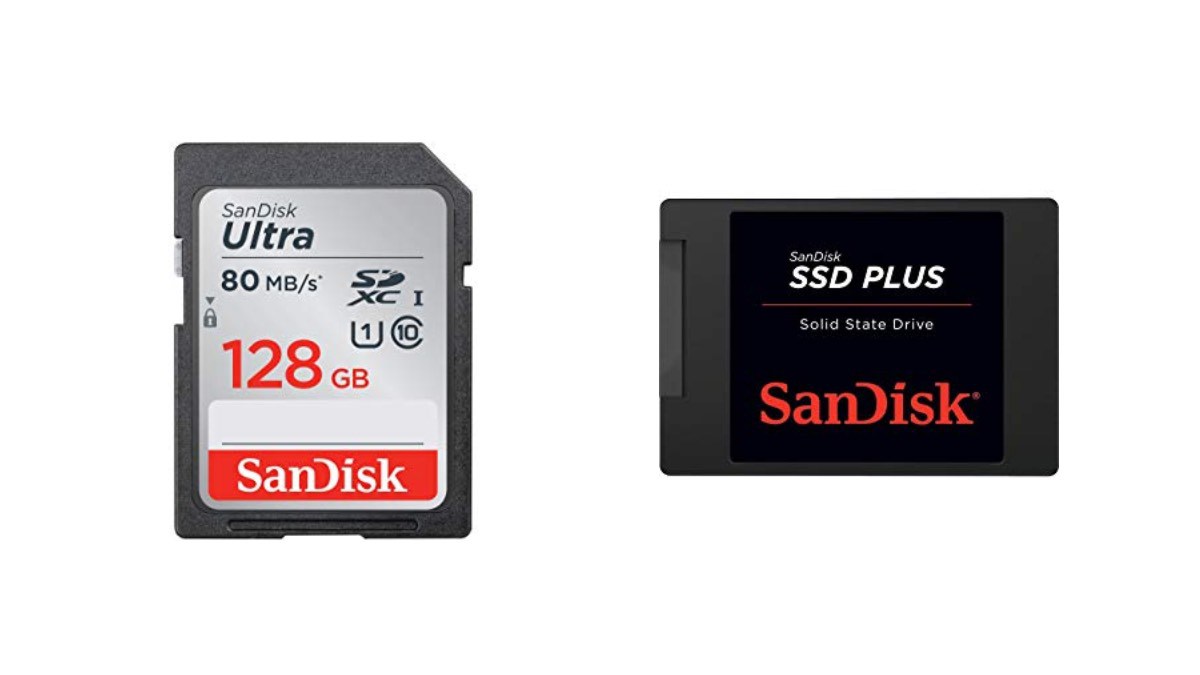 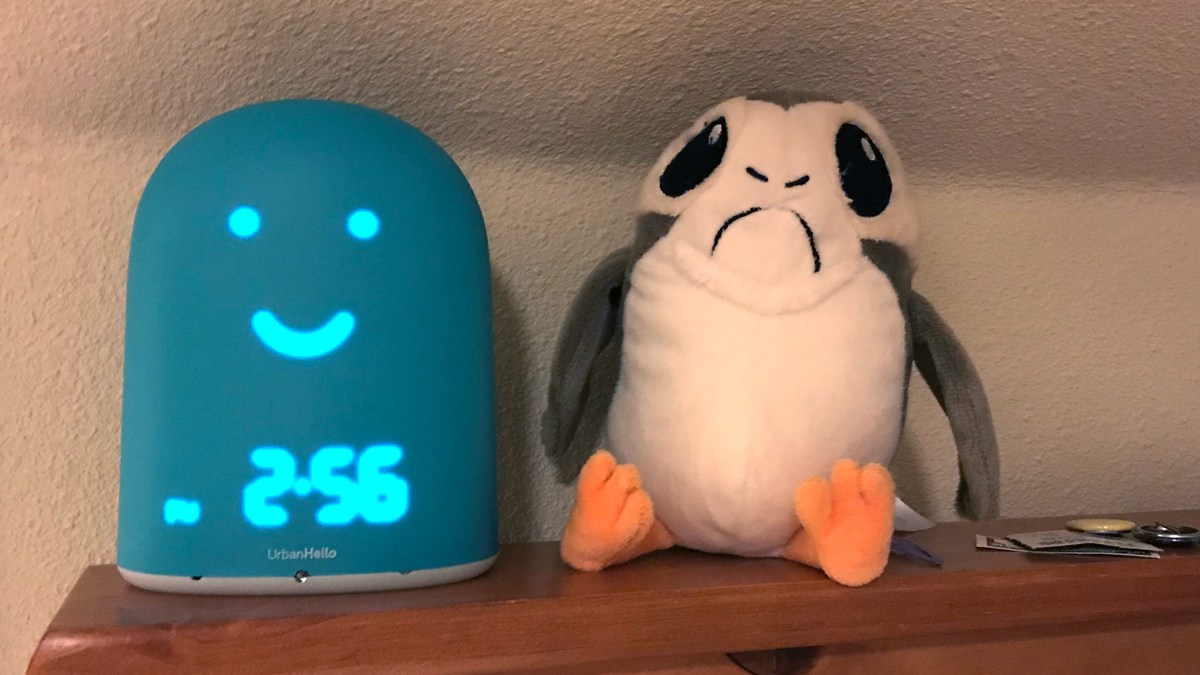 REMI: A Bedtime Buddy for Kids