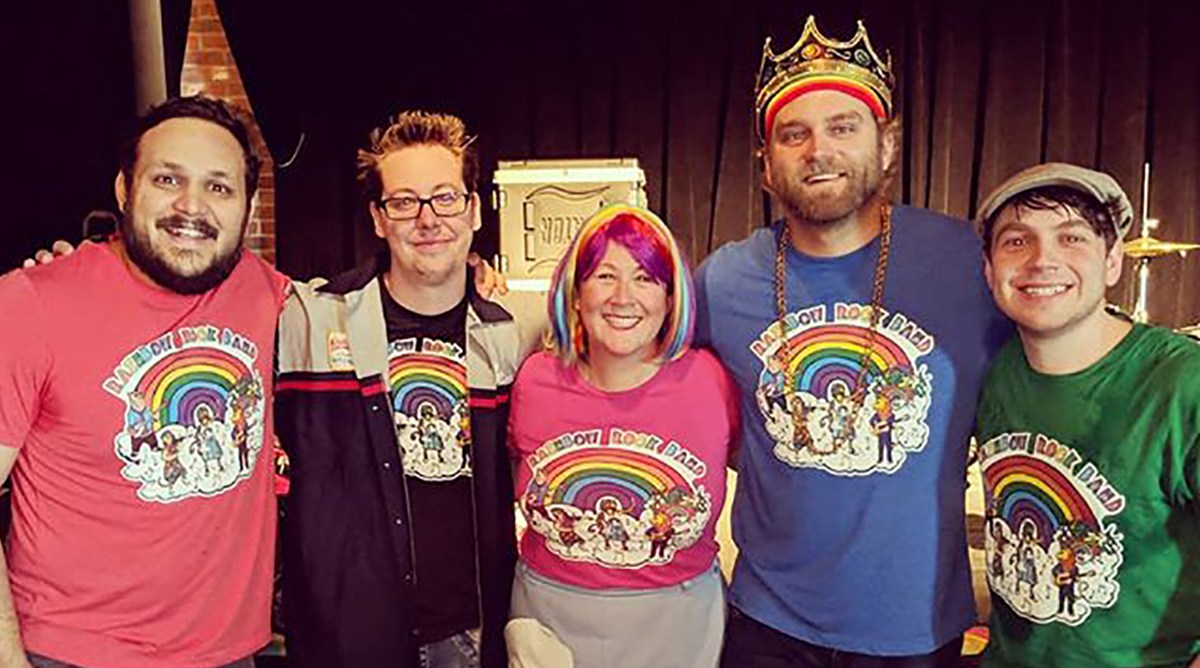 To some people, children’s music is a natural progression. As they become parents or educators, they seek to share concepts and emotions. Dr. Kate Moran studied for her doctorate in special education while earning “merit badges” along the way in her musical pursuits, with her own ensemble as well as the Rainbow Rock Band for kids. Their new EP, Total Eclipse of the Rainbow, arrives in time for the fall semester.

Since 2012, the Rainbow Rock Band has entertained audiences in the Washington, DC region, performing as many as 120 shows each year. That’s a lot of energy put into captivating youngsters as well as a reciprocal amount of fan devotion. Total Eclipse of the Rainbow won’t teach school-aged kids anything new, but tunes like “Samuel The Zookeeper” give preschoolers the chance to shout out animal sounds. “Sparkle Fairy” gives a mythical weather lesson. “Crazy Cakes” is a combination dancing/counting tutorial.

What the Rainbow Rock Band does is not unique. For instance, Charity and the Jam Band serve the same function in San Francisco and Milkshake keeps the Maryland/Virginia kids in their dancing shoes. But they all deliver a valuable, essential element to children’s lives – showing them the awesome potential and bonding experience of live music. On that score, the Rainbow Rock Band earns high-fives and gold stars.

Total Eclipse of the Rainbow is available October 5 from the Rainbow Rock Band’s website, Amazon, Shazam, and iTunes Music.

Seven songs in 22 minutes makes an EP. Mr. Singer and the Sharp Cookies pack 14 spooky tunes into 31 minutes on their new CD, Happy Haunted Halloween. The group thoroughly mines the holiday with “How Many Pieces Of Candy?” and the rollicking rockabilly “Ain’t Scared Of Nuthin’.”

“Grandpa’s Ghost” gets suitably morbid, singing about how grandpa’s melodies stay alive with his family. It may induce a tactful conversation about whether or not the dead really live in our closets or musical instruments.

“Insane Scientist Victory Blitz” gives the bad guys the opportunity to celebrate. “She Writes Frankenstein” attempts to chronicle 19-year-old Mary Shelley’s creation in a mere 95 seconds. “Who U Spoze 2 B?” is a smug rejoinder to adults questioning what exactly kids are dressed as for the holiday. “If I hear another mother asking me, who u spoze to B?”

Mr. Singer (Neil Firstenleit) and his Sharp Cookies (Kerry Firstenleit and Michael Massett) are suitably costumed to resume festivities for this time of year. If you want a trippy, zippy, and spooky little walk on the mild side of Creepytown, the Sharp Cookies offer a lurching roadmap.

Here is the video for the band’s song, “Extraordinary Kerry Appleberry”:

Click through to read all of “New Music from Rainbow Rock Band and Mr. Singer’s Sharp Cookies” at GeekDad.If you value content from GeekDad, please support us via Patreon or use this link to shop at Amazon. Thanks! 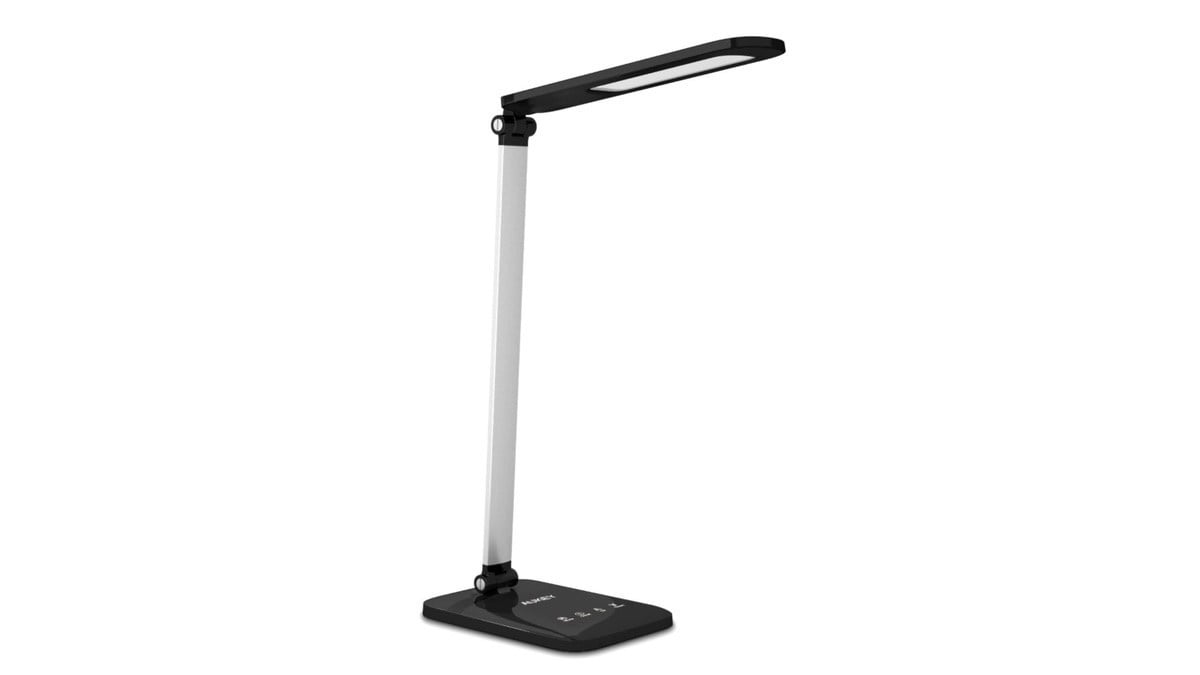 Geek Daily Deals March 30 2020: LED Touch-Control Desk Lamp for $13 When You Use Our Secret Code! 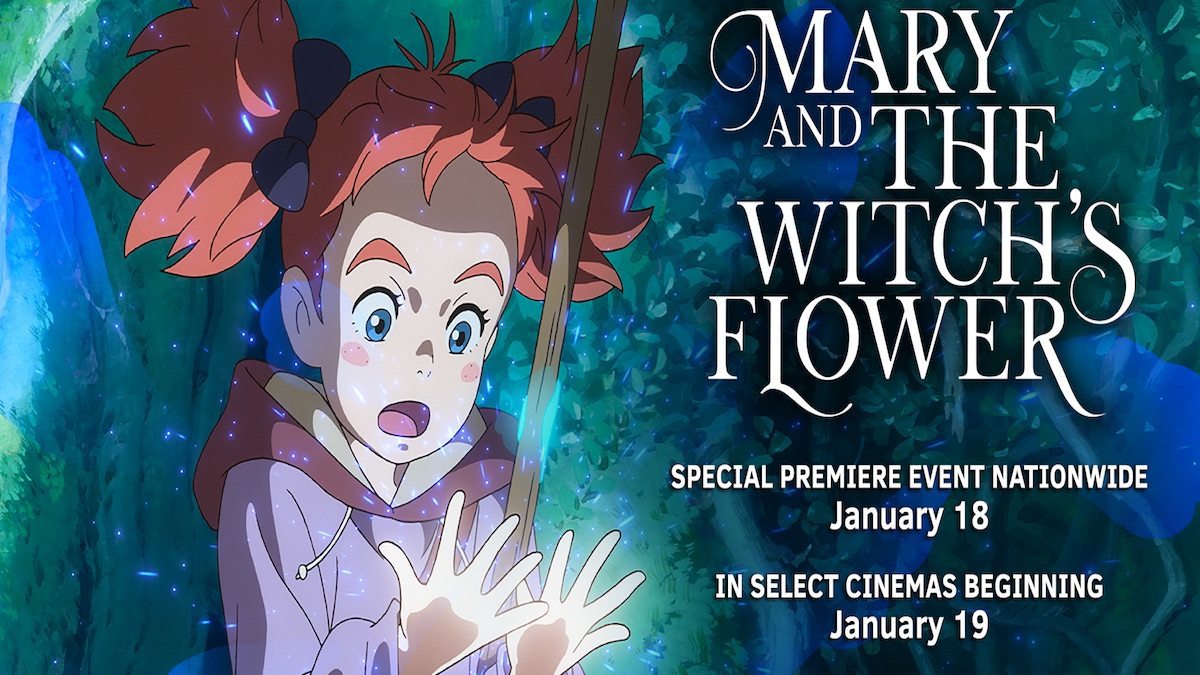 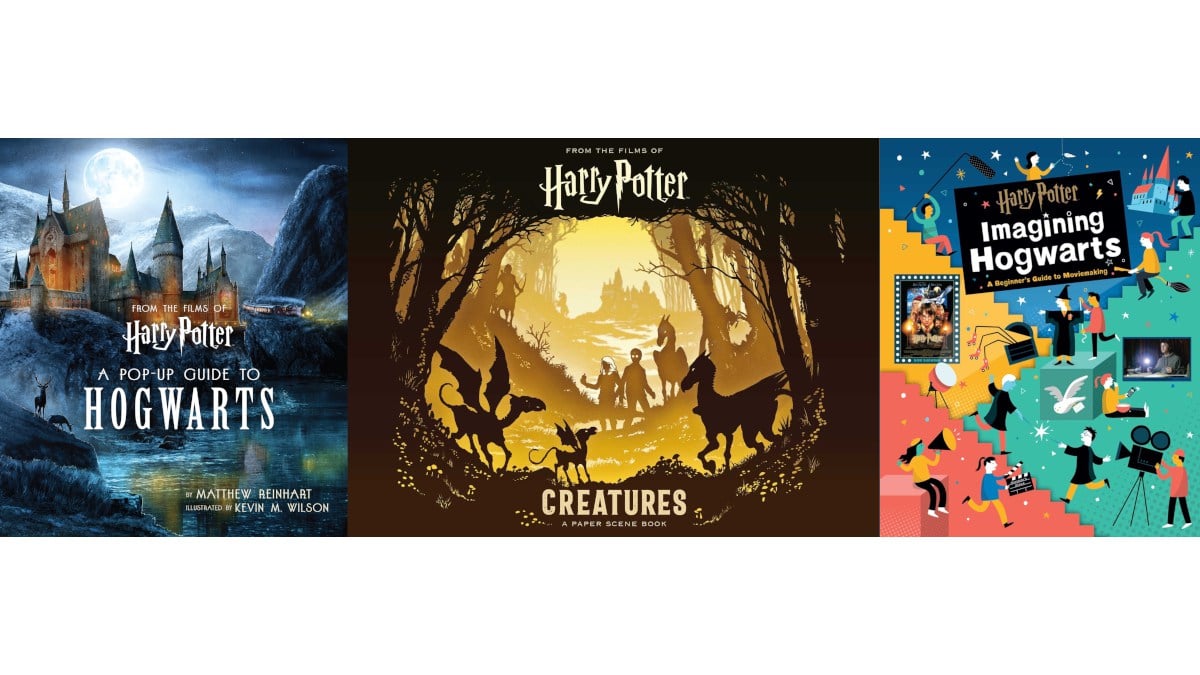