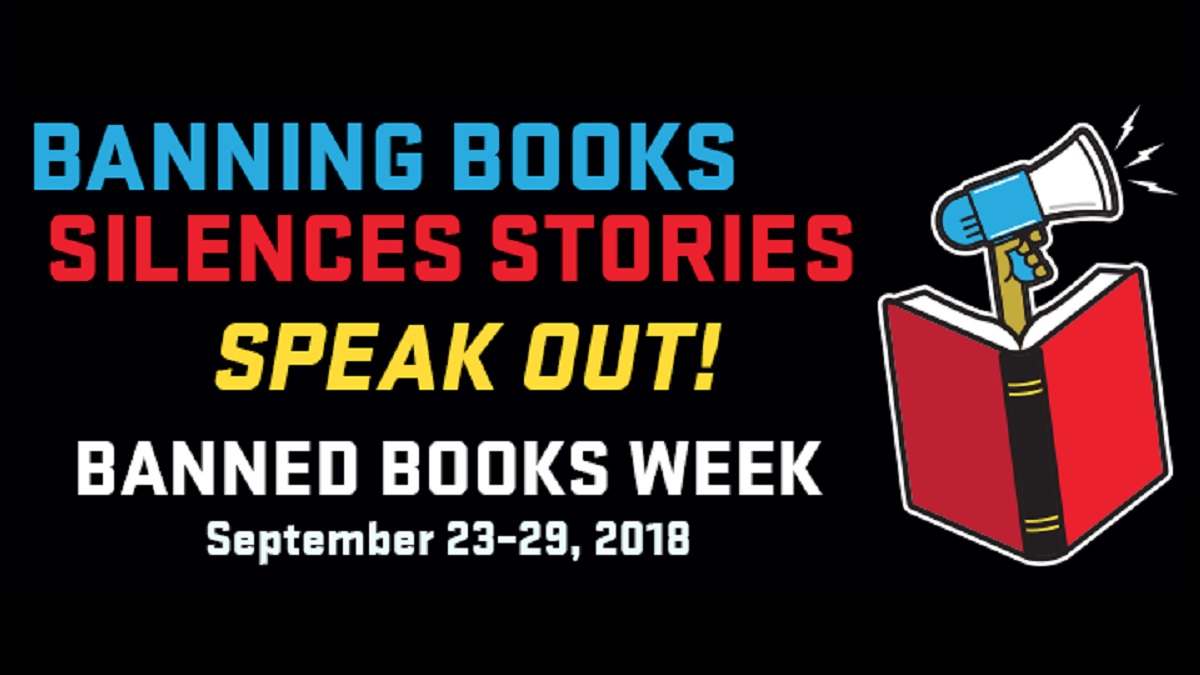 We again find ourselves smack in the middle of the American Library Association’s Banned Books Week. Maybe you’ve seen articles about the Top Ten Most Challenged Books. Maybe you’ve seen a display in your library, surrounded by caution tape and signs blaring “These Books are BANNED!” Maybe you’re a little confused. Challenged? Banned? Isn’t censorship illegal? If these books were banned, why are they here? Why do librarians want us to read books that other people are so passionately against?

To be honest, even the ALA gets a little fuzzy in explaining what this is all about. I hope I can clear up most of the common misconceptions about banned and challenged books by laying out the facts here.

Understanding Terminology: Challenged vs. Banned vs. Censored and More

This is where even the ALA’s official literature on Banned Books Week gets confusing. The mission of Banned Books Week is to celebrate the freedom to read, in contradiction to keeping books away from people, i.e. banning them. But the lists refer to the most frequently challenged books, which is not the same as books which have actually been banned. A book could have been challenged all over the country, but never actually banned by any of the institutions receiving the challenge.

So let’s discuss the stages of deciding what is allowed to be in a library collection. “‘Allowed,’ you say? Are you admitting that libraries do censor books?” Slow down there. In a perfectly free information-verse, every library would have every book ever published. From a purely logistical standpoint, that can’t happen. Both budget and space are limited, so yes, somebody has to decide which books ought to go in the collection. But a collection development librarian has a duty to be as fair about this process as possible. Most libraries have a Collection Development Policy, though some policies are stricter than others. Some libraries require books to have been reviewed in at least one professional review journal, to keep unvetted self-published garbage* off the shelves. Other libraries have guidelines that require more subjective professional judgment, requiring that books be simply “appropriate for the ages served,” for example. I try to balance my collection with well-reviewed potential award winners and the latest craze everyone wants to read (and when the two overlap, that’s the awesomest), with a conscious effort to showcase as many different perspectives and subjects as possible.

Then, we weed books. This horrifies some people, even some librarians. My predecessor was famous for refusing to weed anything that might have the slightest bit of value in it, which is how I honestly did find a book on explorers in our collection that promised that, someday, someone might go to the moon. But this isn’t censorship either. This is making room on the shelves for the books people actually want and need. We will weed out books that are in poor condition. We will weed out books that no one has checked out in years. And we will weed out books with outdated information, which is straightforward enough in nonfiction but gets a little more complicated in fiction. What do you do with otherwise classic, beloved books with elements that today come across as racist, for example?

Enter the verbal complaint. These happen all the time in libraries. Somebody doesn’t approve of something in a book, they let us know. But this has no effect on the collection itself. A collection designed to be for everybody is bound to have something in it that’s not to your own taste. A good librarian will say, “How about this instead?” and direct the patron to something they will like. Frequently a parent will not allow their children to check out certain kinds of books or books on certain subjects. This makes the librarian cranky, but they will abide by the parent’s wishes if the parent is the one checking the books out. (But if a kid comes in secretly later to check out a book their parent had forbidden, there’s little guarantee the librarian will side with the absent parent then!) Parents do have the right to decide what books are right for their family, no matter how much the librarian disapproves.

But what if the parent decides no one should be allowed to read the book? That’s when they must file an official written challenge. If they honestly believe something about the book means it should not be allowed in the library at all, the library will reconsider the book using professional reviews, circulation history, and other patron needs as evidence. These official challenges are the titles reported to the Office of Intellectual Freedom that make up the Most Challenged lists you see each year. But in most cases, the library will determine that the book stays—that the need for the book outweighs the objections. Often a book will be simply moved to another section: instead of juvenile, it’s moved to Young Adult, or from YA to Adult.

But if the book is removed from the institution entirely, with no chance of replacement even if requested, then the book has been officially BANNED. And if it has been banned by a government institution, such as a public school system, or yes, a public library, that qualifies as censorship. One person refusing to read or let their own child read a book is not censorship, but if that one person is in a position of power and forbids anyone from reading it, then we’ve got problems.

Librarians don’t like people keeping books away from other people. We believe in intellectual freedom. Banned Books Week is our way of raising awareness—isn’t it great that we’ll let you read whatever you want to read?

But Why Do People Try to Ban Books?

Simple. Because words are powerful. And when words don’t line up with how people feel the world ought to be, that can make people nervous.

The more popular a book is, the more likely it is to be challenged. This is because the majority of challenges are filed by people who have never actually read the book, but have heard rumors that the book contains this or that objectionable thing. Thus, Harry Potter is challenged for “promoting witchcraft,” while dozens of other fantasies about magic-wielders, some even more blatantly witchy, slip by completely unnoticed. Sometimes the “reasons” listed under the titles on Most Challenged Books lists can sound like a checklist someone has filled out, unnuanced and sometimes entirely missing the point. “Sexually explicit” is commonly listed as an objection to books that have no sexual content whatsoever, but happen to include LGBT characters. Statistics show that the most common complaint filed against books is the inclusion of LGBT characters, whether sex is involved or not.

Don’t be fooled by your own political leanings: people on every side of the political spectrum have been tempted to ban books. Yes, conservatives are in the lead with these objections to homosexuality and witchcraft, but that hasn’t stopped some progressives gasping in horror at illustrations of guns or cigarettes in old picture books, or, most frequently, the use of racist language in a book, even in the mouths of bad guys. That brings us back to the problem of “classics” that haven’t aged well—if the book has nothing much going for it, there’s not much to debate in weeding it for “out of date information,” but if it’s a classic? There’s a formal challenge review in store for it. Sometimes the question even comes up—as it did among some of my own librarian friends just yesterday—of what to do with books when the author has turned out quite publicly to be a complete creep—Bill Cosby, in this case. Indeed, you’ll see his easy readers made the Most Challenged list last year for this reason. Is this a reason to ban a book?

The thing is, everyone’s answer is different. What one person finds completely unacceptable, another finds reasonable. The oddest complaint I ever heard about a book came from a parent who read a picture book I had used in a storytime and objected to the onomatopoeic word “psht.” “I looked it up and it means ‘a sound used to convey contempt.’ I don’t think contempt is something kids should really be learning at that age!” It was bewildering, particularly as the book itself was about bullying, and the blatant examples thereof in the text would have been a much more noticeable way for kids to discover the concept of contempt.** I suspected she’d thought it was a swear word, looked it up, felt frustrated to discover she was wrong, and found something else to dislike about it. Sometimes once someone is determined to disapprove, there’s no arguing with them.

I lied when I said every side of the political spectrum is tempted to ban books. There’s one political side all potential book banners have in common, whether left right or center: totalitarianism. Banning books stems from the desire to control what other people know, whatever “side” that knowledge supports. Words are powerful, and that can be scary. When you read a “banned book,” you’re reading words so powerful that someone feared them, feared the effect they might have on a reader. But that’s what learning and growing are about. Instead of fearing the power of words, celebrate them. When you have the freedom to read, you have the freedom to learn and grow.

**It was Chrysanthemum by Kevin Henkes, a pretty fabulous age-appropriate way to address bullying with preschoolers if you ask me.

7 thoughts on “What You Should Know About Banned Books Week”