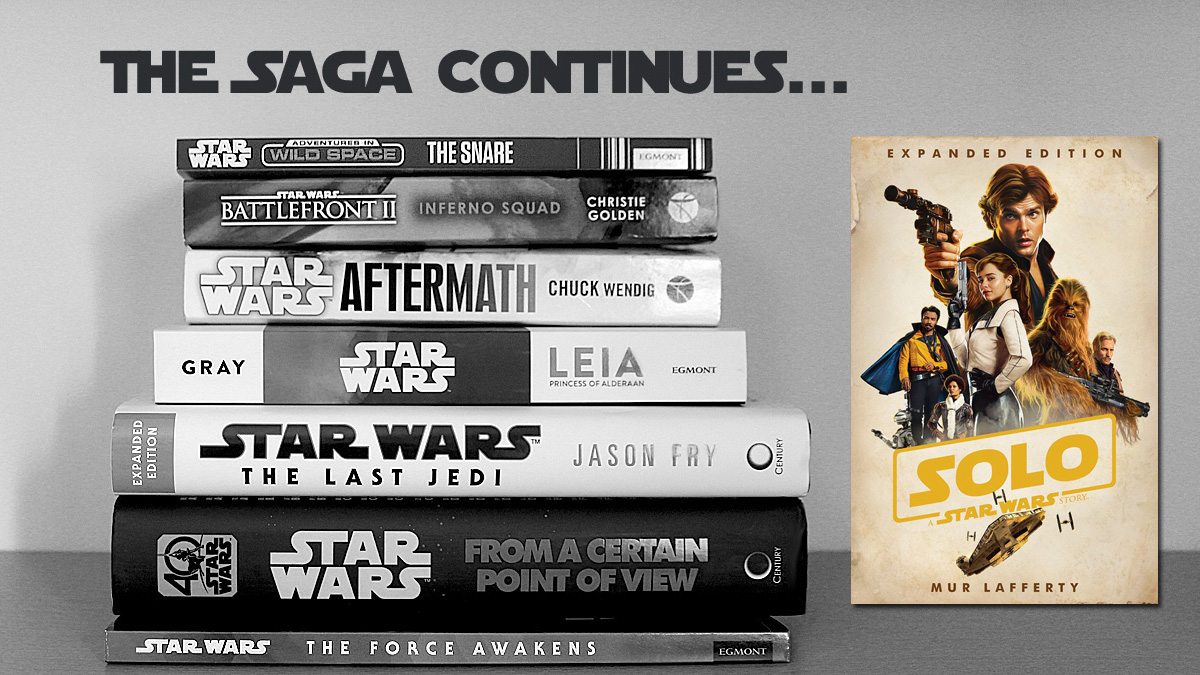 I’ve been seriously underwhelmed by several of the Star Wars novels I’ve read recently which is why Mur Lafferty’s novelization of Solo: A Star Wars Story came as such a pleasant surprise. While I liked the film, I hadn’t been wowed by it and so I wasn’t expecting much from this novel, but it ended up being one of my favorites of the year so far.

As you may already be aware, this is an expanded edition novel, which means it contains many scenes that were not included in the film. Some of those are the bonus scenes that appear on the Solo DVD, but others are entirely new for the book, and the novel kicks off with one of those. While the movie opens with Han’s daring escape from a business transaction that went south – which makes sense for an action movie – the book allows us to see the deal itself. This isn’t a life-changing moment here, because if they were that momentous they would have made it to the final cut, but they all add extra depth to the story and help to flesh it out. That’s something I felt was lacking in the film which ended up being a little choppy at times. The book allows us to expand on those moments and relationships without the fear of slowing down the story.

One of those relationships that gets more time in the novel is the one between Qi’ra and L3-37. Those two characters never really got much screen time together, certainly not alone, but the Solo novel allows us to see that a conversation between the two of them (and a single question from L3) may have had far-reaching repercussions both further into the story and beyond. This was one of my favorite parts of the Solo book. Though it may not be obvious on the surface, Qi’ra and L3 have much in common and this is something the characters get to explore in their short time together.

We also get to understand more about the relationship between L3 and The Falcon. L3’s integration into the Falcon (done, it must be noted, without her consent) is something that just kinda happened in the film, but here it is imbued with a great deal more meaning. L3’s rights and independence are stripped from her, the more galling for a droid character who has dedicated much of her life to fighting for droid rights, and we get to see some of her thought processes as she comes to terms with this new form of existence in her own acerbic way.

Slavery is a key element throughout the Solo novel, and we see it explored in unusual ways through both L3 and Qi’ra, whose missing years between Han’s escape from Corellia and their reunification on Vandor is also explored. There are no clear answers to be found. The morality of L3’s enforced integration with the Falcon is left open for us to consider, and Qi’ra’s personal morality is also left ambiguous. While the practice of slavery itself is never seen as anything less than abhorrent here, there are definitely questions that need answering regarding Qi’ra’s choices and loyalties.

Moving away from such weighty subject matter, Solo is also a very funny book with some genuinely laugh out loud moments. Lando and his cape collection steal the show in nearly every scene where they are to be found, and we get an idea of just how much work Lando has done to his beloved ship over the years, mostly as Han and his team systematically work to destroy it all. There’s a fantastic little moment where Lando discusses hair care products with Chewbacca, then listens in despair as the Wookie takes over his shower and uses his most expensive products. It’s the kind of moment I didn’t know I needed until I read it.

There are also some nice little tie-ins to other Star Wars properties like Rogue One and even Galaxy’s Edge at the Disney theme parks. While these don’t add much to the story, they’re fun for readers to spot and help bind the Star Wars universe together. There did also seem to be a suggestion that some of Enfys Nest’s Cloud Riders may be Force-sensitive – perhaps this is something that will be explored further at a later date.

Solo is easily one of my favorite Star Wars books of the year, and one of my favorite Star Wars movie novelizations period. Making a novelization exciting is always a tricky business because authors need to keep readers engaged with a story where they already know what’s coming. Solo pulls this off by adding just the right amount of extra detail to keep each scene fresh and interesting without veering too far from the original movie and turning this into a completely new story. I’d recommend picking up Solo: A Star Wars Story whether or not you enjoyed the movie earlier this year, because I think it will make you love it more either way. 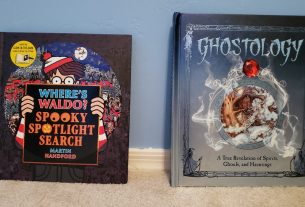 And That Was the LAST Time I Had Sex With an Embroidery Major: Rhinebeck 2015