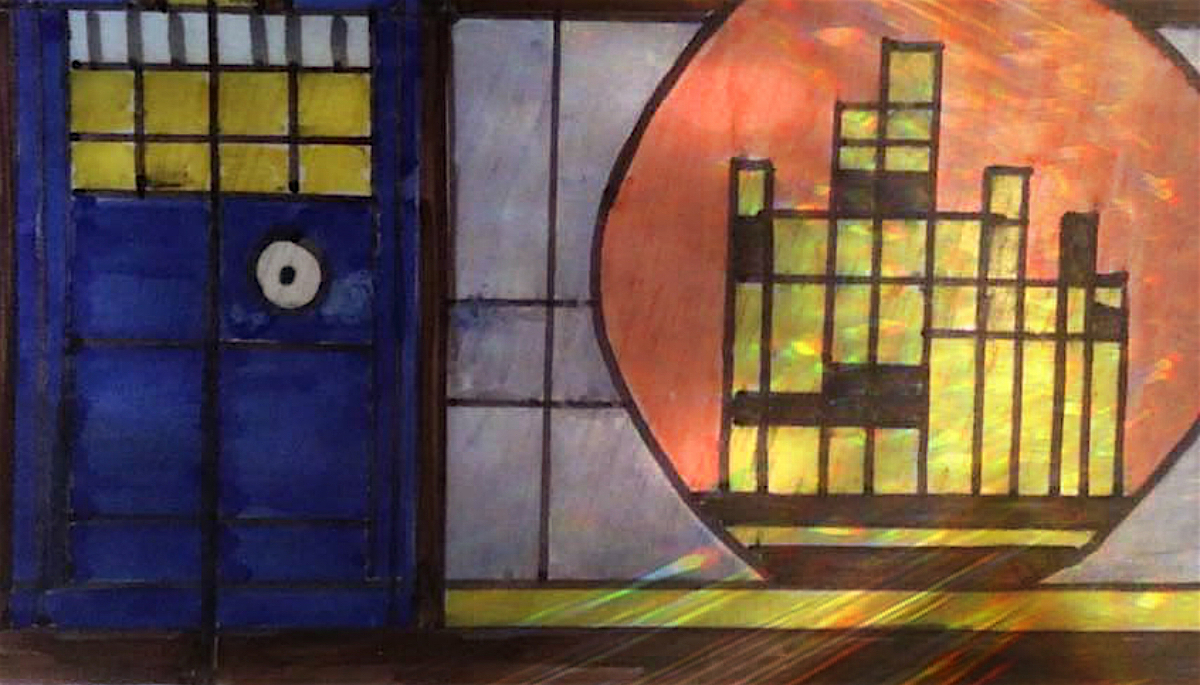 Frank Lloyd Wright is likely the best-known American architect in the history of the profession.

Wright was born in 1867 in Wisconsin, the son of a preacher whose job took him and his family to several towns. When he was 18 his parents divorced, and Wright began working at the University of Wisconsin’s engineering department to help with family finances, all while taking classes there. Having always known he wanted to be an architect, he later worked with various firms before being hired by Adler and Sullivan.

In 1889 when he married his first wife, he negotiated a contract with the company for a loan to build them a home in Oak Park, near Chicago, IL. This home was considered modest, but it started to reflect what would be Wright’s new experimental styles with geometric shapes and overhanging gables.

His first independent contract, after departing from the firm, was the William H. Winslow Home. That drew much attention for its modern design. Over the next several years, Wright worked to hone a style that would become the organic architecture known as “Prairie Style.” The style is described by the Frank Lloyd Wright Foundation as homes reflecting the “long, low horizontal prairie on which they sat with low-pitched roofs, deep overhangs, no attics or basements, and generally long rows of casement windows that further emphasized the horizontal theme.”

In 1909 he left his family to live in Europe and worked on making publications featuring his work, one of his photographs and one of his drawings. He returned to a Chicago and began working in architecture again, including a commission for the Midway Gardens in Chicago and the Imperial Hotel in Japan.

Wright was also a prolific Japanese art dealer and loved its woodblock prints. Some of these elements are seen in his building and window designs.

Another style he created, Usonian, was a simple way of building homes during the Depression era to make beautiful living spaces affordable. He followed this style most of the remainder of his career, wanting works to be “eloquent and humane.” He was also interested in community and site planning most of his career, and he was continuously developing new theories of design.

Over the years, he moved and worked in several cities. He continued to work, lecture, and write well into his 80s, with his final achievements being the Guggenheim Museum in New York City.

He died in 1959, just two months before he turned 92. After his death, the American Institute of Architects hailed him as the “greatest American architect of all time.”

Today, Wright’s more than 23,000 architectural drawings, large-scale architectural models, 44,000 photographs, 600 manuscripts, and other Wright artifacts are at the Frank Lloyd Wright Foundation’s two locations at Wright’s Wisconsin home Taliesin (Welsh for “shining brow”) in Wisconsin, and at his school of architecture at Taliesin West in Arizona, as well as at Museum of Modern Art in New York and other locations.

He built private homes, churches, libraries, resorts, and other structures, with some of his best-known buildings being the private home built in 1935 for Pittsburgh couple Edgar and Kaufman, Fallingwater. This work is listed by the American Institute of Architects as the “best all-time work of American architecture” and is now a National Historic Landmark open to the public.

Wright wanted his creations to be something that was not just a living space, but a “transformative” part of a person’s life for the better. This he felt was through “integrity.” He felt architecture was a true form of art, but all art needed to have a deeper meaning than just function.

“There is no architecture without a philosophy,” he said in 1959, according to the Frank Lloyd Wright Foundation site. “There is no art of any kind without its own philosophy.”

For this project, we’ll take a design inspired by a favorite fandom and turn it into fun Frank Lloyd Wright style votive lights.

Using Wright’s favorite design elements we mentioned, create a pattern based on a favorite fandom, or just play with the patterns and make them your own. Draw the image on a plain sheet of drawing paper, not the vellum yet. This way you can erase it without smearing or messing up the vellum. Use a compass or small glasses or lids for circles, and a straight edge ruler for lines to make your design as tidy as possible.

For a square image, make the image about 4″ X 4″. For a long image, make it nearly the full length of the paper, but half as wide.

Place the vellum over the image, and tape it lightly on the corners to hold. Trace the design with black felt tip or colored pencils, then fill in the color. This will mimic his stained glass look.

Now, to turn them into lights.

For the long image, cut two small strips of construction paper, lengthwise. Then lightly glue the one strip to the top and one to the bottom of the image.

Once dry, roll it so the ends meet, and glue or tape them together. This makes a simple cylinder image.

For the square image, make a square border template, with the inner edge slightly smaller than the image. Draw the outer edge about a half-inch wider than the inner edge, and cut it out. Trace it onto the construction paper three or four times so the edges are lined. Make sure there is a visible line between each square, as you’ll need it for folding later. At the end of the last image, draw a small tapered flap.

Once it is cut out, the final result should look like this:

Place them over a flameless candle for table tops or mantles.

Wright, although practical in his designs, knew the importance of aesthetics and beauty when creating, something that makes his designs memorable.

“The mission of an architect is to help people understand how to make life more beautiful,” he said in 1957, “the world a better one for living in, and to give reason, rhyme, and meaning to life.”

Be the Artist: Joan Miró