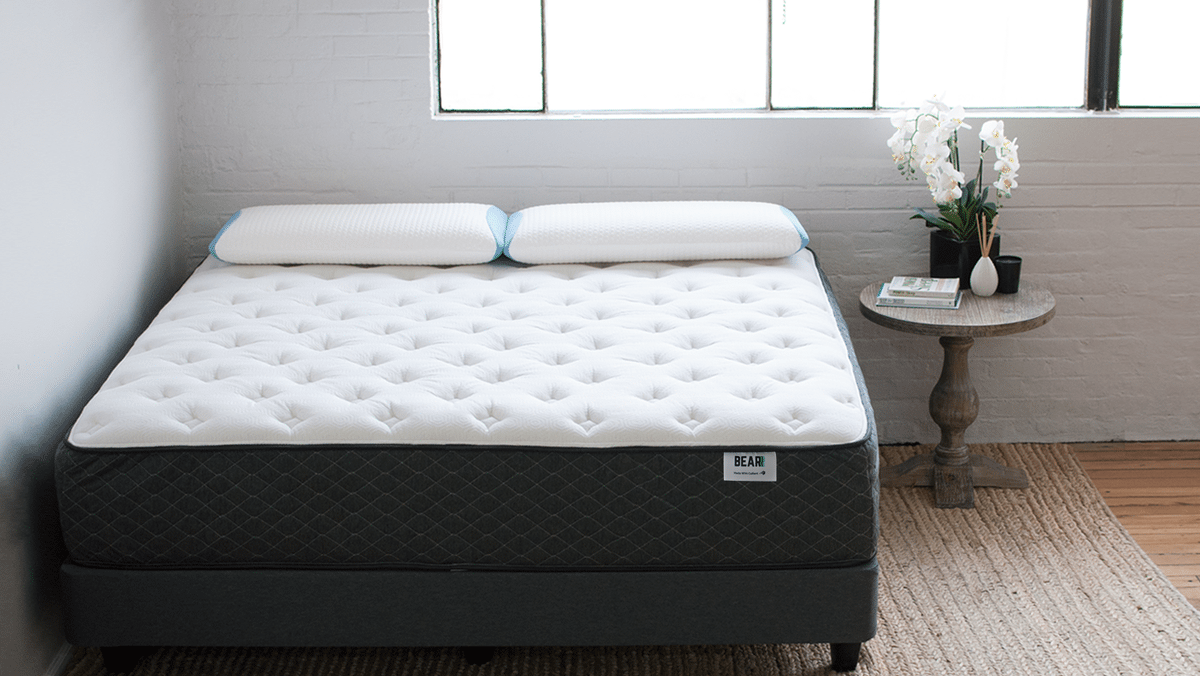 When I first started at GeekMom, the original Bear Mattress was one of my first review items. Back in the day, moving from an old, worn, dog-peed-upon mattress felt like a dream. As time wore on, however, I realized that the original mattress led to some discomfort since I’m a side sleeper.

Cue the new Bear Mattress Hybrid. Released in January 2018, the Bear Hybrid’s new design far exceeds the comfort of the original mattress. As a side-sleeper, the new comfort coils give just enough squishiness without compromising the support, alleviating the shoulder and hip pain the original instigated.

What Do I Need to Know About the Bear Hybrid?

Most of the information of general consumer importance lives on the Bear website. However, a quick overview here can’t hurt.

The Hybrid starts at the top with a quilted Celliant layer. As you move through the bed’s many layers, you’re treated to a series of foams including a breathable and adaptive foam and a cooling foam.

Most important for people like me, the final layer is a series of individually encased coils. This layer provides the needed flexibility that offers greater individualized body molding helping us side-sleepers.

My original post goes into a lot of detail about the far-infrared technology involved in the Celliant layers. A bit of a recap, however, is a good idea since a lot of updated information exists.

A 2013 paper by Fatma Vatansever and Michael Hamblin details the definition and benefits of far infrared radiation (FIR). In short, FIR exists in a waveband observed to stimulate cells and tissues to help some medical conditions. Thermal radiation (infrared radiation), part of the electromagnetic spectrum, effectively assists people with muscle pain. Saunas, for example, heat up the body helping it to relax and controlling the radiation to help with pain.

Recently, the FDA determined Celliant as a medical device that uses FIR within its fibers to create cloth that offers thermal radiation effects.

Technically, Celliant is the brand name that its creator Hologenix uses. Previously, the company referred to the technology as Holofiber.

As early as 2002, the double-blind research conducted by Ko and Berbrayer noted the statistically significant impact of ceramic “thermoflow” gloves, similar to current Celliant technology, on people with the circulation condition Raynaud’s syndrome.

More recently, a February 2014 article by Lai et al. noted that a double-blind placebo-controlled pilot study indicated a statistically significant reduction in muscle stiffness despite a non-statistically significant difference in pain scores. In other words, the short-term use of FIR devices on muscle stiffness showed value even if the amount of pain between the people using the device and those not using the method remained the same.

Overall, between the FDA and the studies I looked up, the tech works and has scientific backing.

How Do I Feel Using It?

As noted in my original post, 2016 brought me a multiple sclerosis diagnosis. Also as noted, the original Bear Mattress helped with my morning muscle stiffness.

The new Bear Hybrid, however, offers me the plushness I prefer in a bed, something the original didn’t. My husband preferred original since he’s a side sleeper. I like this one.

In late January, I spent a weekend in bed having caught whatever random bug floated around my town. Sitting up in bed, rather than just lying down, for the whole weekend, I noticed a distinct lack of back pain.

As a side-sleeper, I can also say that I don’t wake up in the middle of the night these days with a sore neck or sore hip. Again, another win for Bear Hybrid over the original.

What Makes the Bear Hybrid Different from the Original Mattress?

The Bear Hybrid incorporates a special coil layer. Bear uses 1,300 steel coils individually wrapped in its new fourth layer. Per an interview with Bear Mattress, “The springs are steel and encased individually in fabric to reduce motion transfer.” If you’re like me, you might remember trying to break up an old coil mattress. When you did this, you’d just see a flat out layer of metal coils. In inexpensive or old mattresses, the coils remain that way.

What’s So Special About Bear Mattress?

What can’t you get that Bear Hybrid provides?

A combination of both the pocket spring and the Celliant technology. That’s right. You can get either of those on their own, but to get both, you need to go for the Bear Hybrid.

But wait! That’s not all!

My first mattress held up well. Even after a few years and several doggie accidents, the mattress retained its original structure and form.

Despite my husband and I being a bit derpy about things, the Bear Hybrid installed in a few minutes with no odor, at least not one distinguishable to us. The dog did notice and marked the territory. Despite promising not to focus on the Bear Mattress Protector, I have to put a quick plug in here that if you have a pee-happy dog, you’re going to want to add that to the purchase. Also, if you do, research listed above indicates that additional layers between yourself and the FIR technology do nothing more than make its benefits take longer. In other words, you might just have to stay in your bed longer.

The best answer to this one I can give comes from Kiddo. One of the household games we play is a jumping-catch game where the child jumps to catch a small football while gliding through the air from the foot of the bed to a pile of pillows at the top.

The first words out of Kiddo’s mouth when they tried it on the new Bear Hybrid were, “There’s so much support! Like, on the old one it kind of hurt, but on this one, it feels like it’s catching me.” In other words, despite this not being a sproingy mattress, it provides substantial cushioning if you’re 50 pounds flying into it headfirst.

Is It Worth the Price Point?

The queen sized mattress we have retails for $1,350 on the website.

Mattresses similarly situated to the Bear Hybrid retail in the $1,899 range.

Given the quality and comfort of the Bear Hybrid, I’d answer that the $1,350 retail price is a good value.

Anything Else I Need to Know?

Nope, not really. Truthfully? I’m in love with this bed. My kid and I play video games in it. I don’t feel anyone rolling over or moving at night. I really love the supported but soft feel because, again, side sleeper.

And if you’re curious? No, I don’t have any muscle stiffness when I get up in the morning. For someone with a chronic illness, that’s good enough for me. 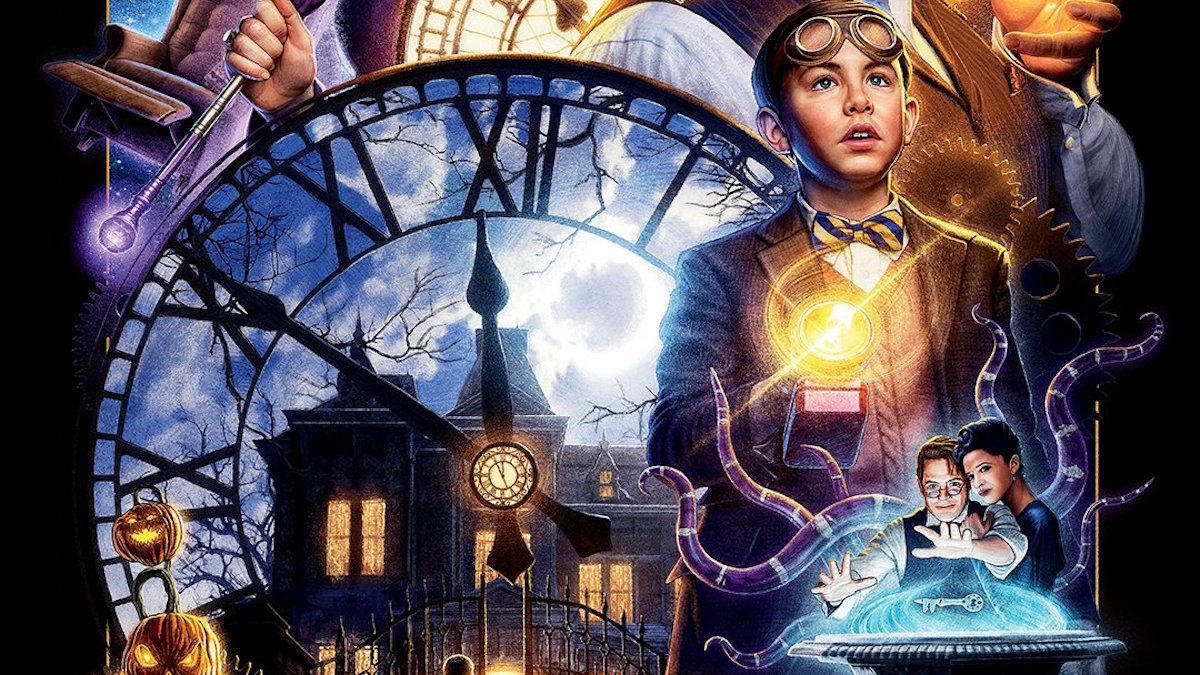 ‘Semblance’: A Game By Nyamakop