Let’s face it, as much as we all have our favorite fictional heroes and superheroes, who inspire us with their strength (physical and intellectual), their ability to fight for what it right and just, even while battling their own emotional demons, we all really love watching the villains.

As much as we don’t want to see their nefarious plans succeed, we can’t help but love watching them, with their swaggering confidence and flamboyant vocabulary. They are simply so much more fun (and sometimes even more likeable) than heroes.

As a matter of fact, there is quite a bit about living life the fullest we can learn from villains. I’m talking strictly about fictional characters here. I am in no way trying to intentionally compare or contrast these individuals to any real person or groups. These villains exist in worlds where we can jump through interdimensional portals, leap tall buildings in a single bound, humans can fly without any external apparatus, and we can make use of alien technology for everything from defense to the arts.

Through these extraordinary, unbelievable worlds, there are still plenty of lessons from fictional villains we can apply to our own, seemingly mundane day-to-day lives.

Five traits of most supervillains we can all emulate include:

In a world of locked rooms, the man with the key is king, and Honey, you should see me in a crown!
— Professor James Moriarty

We are constantly being told to go against the norm and flaunt our own personal style, warts and all. No one does this better than villains. Yes, green and purple can look great together, and who needs conventional hair styles? Personality quirks should be celebrated! Make our unique physical features work to our advantage. Choose your style, celebrate who you are, and be one-of-a-kind!

Have a sense of humor.

Why so serious?
— The Joker

Who has all the most quotable lines in movies? Villains! Who has some of the funniest and mimicked moves and gestures. The Bad Guys! They might be evil, murderous, megalomaniacs, but they’re always ready to laugh, dance or sing along with the mayhem.  Sure, this may also be part of being completely and utterly barking mad, but a happy personality goes a long way.

Don’t give up if you hit an obstacle!

Nothing will stand in our way. I will finish what you started
— Kylo Ren

There wouldn’t be much of a story if the villain quit pursuing their target after one or two failed attempt. Would Lex Luther say, “that’s it, he’s too tough” after the first set of bullets bounced off Superman? No, he would go back to the drawing board and coat them with kryptonite. Yes, there is a time and place to know when to give up a futile quest, but I’ll talk about that later. Perseverance is an asset, and villains excel in persistence.

You see, I’ve turned the moon into what I like to call a “Death Star”.
— Dr. Evil

There are some fictional villains who have the resources to build themselves elaborate towers and castles, but some of the most famous ones know how to use what is available. An abandoned amusement park or subway tunnel works well for a hideout, and nothing shows making the most of the natural landscape like building your lair in a volcano (active or extinct). Even fairy tale witches can put old candy to good use, by creating a tempting forest abode. Use what is available, and make yourself at home.

Being brilliant’s not enough…you have to work hard. Intelligence is not a privilege, it’s a gift, and you use it for the good of mankind.
— Otto “Doctor Octopus” Octavius

Notice how so many villains are “evil geniuses?” Even in fiction geared towards younger viewers and readers, there are “Megaminds” and “Artemis Fowls” who have embraced the power of building up their intelligence. They may not win the ultimate battle of good and evil, but that doesn’t mean they won’t take home plenty of science fair ribbons. No matter what your plans are in life, be it saving humanity or having them bow to your world domination schemes, do some research and read up on things, first.

However, the reason these fun, energetic and ambitious individuals are considered “villains” is because, despite their positive traits, they do, feel and think some pretty horrible things. There are also plenty of lessons from fictional villains of what NOT to do.

Don’t let your enemies live rent free in your head.

When she breaks the tender peel, to taste the apple in my hand, her breath will still, her blood congeal, then I’ll be fairest in the land!
— Evil Queen from Snow White

Some of the most defining moments in literature include the “I’ll get you, if it’s the last thing I do” declarations of revenge. No matter who you are, this is not a good look. Everyone has someone (or several someones) in their life that may have treated them wrong, done something they found horrible, or who simply have the audacity to have different opinions as theirs. The best revenge is a life well-lived. Don’t constantly stalk them, and try to “destroy” them and everyone in their life. There will always be plenty of people in the world we don’t like, or who don’t like us. Don’t go out of your way to make them a bigger part of your life than need be.

Know when to accept defeat gracefully.

From hell’s heart I stab at thee; for hate’s sake I spit my last breath at thee.
— Khan

When I said earlier not to give up easily, that isn’t to say continue following futile quests at the expense of every other opportunity out there. Sometimes, the path we really, really want for ourselves isn’t the intended one. Sometimes, that all-consuming quest might be one we need to step back from, even for a small while. Persistence is an asset, but not when it involves keeping ourselves or those we love from reaching more realistic goals. We can’t win every little battle in our lives, so it is always a good thing to know when to lose gracefully. Villains rarely, if ever, do this.

Don’t underestimate the abilities of others.

One of the big downfalls of fictional villains and thinking that there is no match for their genius, strength, or other abilities. Their claim of “you’re no match for me,” is always followed by an embarrassing, and often fatal downfall. We should all be proud of our individual strengths, but there’s a fine line between positive self-confidence and flat out arrogance. Be careful not to cross it.

Don’t disrespect the value of others’ lives and property.

Last time we saw you, you were trying to kill everyone. What are you up to these days?
―Bruce Banner
It varies from moment to moment.
— Loki

This one is straightforward. Don’t intentionally hurt others. This can include the big supervillain go-tos of mass murder, enormous bank heists, and enslaving entire planets, but is can also mean being a bully, vandalizing public property, not taking care of someone else’s personal things, or other intentional means of being hateful to someone else. We don’t all have to like each other, but for the love of all that is good, treat each other well.

Don’t use bad experiences to do bad things.

You took away my future. I’m simply returning the favor.
— Syndrome

Some of the most heartbreaking tales are the back stories of villains. The illness of Mr. Freeze’s wife, the slaughter of Magneto’s family and even Shere Kahn’s run in with the “red flower”. These are all horrible experiences we wouldn’t wish on anyone, human or beast, but sadly tragedy, injustice, and betrayal happens everyday to people of all kinds. Not, everyone, however, will handle it the same way. We can use tragic (or even just unfortunate) situations to grow, learn and help others, or we can wallow in them and build ourselves up with resentment and hate. I wish we lived in a world where none of us would have to endure pain and sadness, but it does and will happen. How we respond to it is up to us.

We live in an imperfect world, with plenty of good and bad to go around, so why not learn from all of it?

This 2018, make the most of your own world by following the example of some your favorite villains, even if it is an example of what not to do. 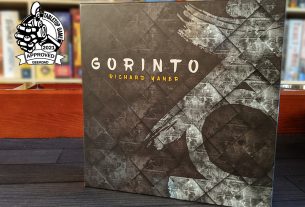