Coco is the latest movie from Pixar. It’s colorful, delightful, sad at times, and overall worth the price of admission. It’s refreshing to see Disney and Pixar give us some diversity in storytelling. I really enjoyed the movie, and I do recommend seeing it in the theater. That said, I can’t help but feel like it could have gone just a little further. Just call it Moana Expectations Syndrome. Or this week, maybe it’s Lassiter letdown syndrome. Sigh.

Coco tells the story of Miguel, a member of a Mexican family of cobblers. His family has forbidden music after Miguel’s great-great-grandfather left his family for reasons they will not explain – other than to say it involved music. Miguel, of course, wants to become a musician, and while attempting to steal the guitar he’s just sure belonged to his famous musician great-great-grandfather, he ends up trapped in the Land of the Dead on Dia de los Muertos, and if he doesn’t figure out a way to return before sunrise, he’s doomed to stay.

Because Coco is set in Mexico, they had a few choices to make in terms of language. They could have everyone speak perfect English or film it all in Spanish with subtitles. They opted to have characters speak with accents and throw in a few Spanish phrases here and there. “Here is my picture. Que guapo, no?” It’s an approach that works, but only because they also chose a representational cast.

Death is obviously a theme in this movie, and reasonably so. Most of the movie is spent in the Land of the Dead, playing with colorfully painted bones, talking with friendly skeletons, and wandering around in graveyards. Those already-dead characters also remember and speak about the ways in which they died, some of which is reenacted (without gore), but this movie also finds a way to imperil the living and make it possible for even the already dead to die.

Oh, and bring Kleenexes. Lots of them. Pixar manages to find tear-jerker moments in most movies, but this one has several. Even the closing credits are touching.

This was my biggest disappointment. While it was still a delightful story, the major plot points were obvious. Not to spoil anything but the surprise twist wasn’t that big of a surprise, and it should be obvious where a movie that starts by telling you of a broken heart and torn photo will end up going. That said, your kiddos aren’t going to catch on so early, and the movie is still worth seeing.

If you want to follow up on a couple of themes from Coco:

If you’ve got more suggestions, please leave them in the comments section.

Edit to add, here’s a roundup of  Coco reviews from Latinx film critics that you should go read right now.

Get The Most Out Of Amazon Prime Day 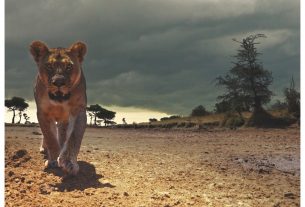