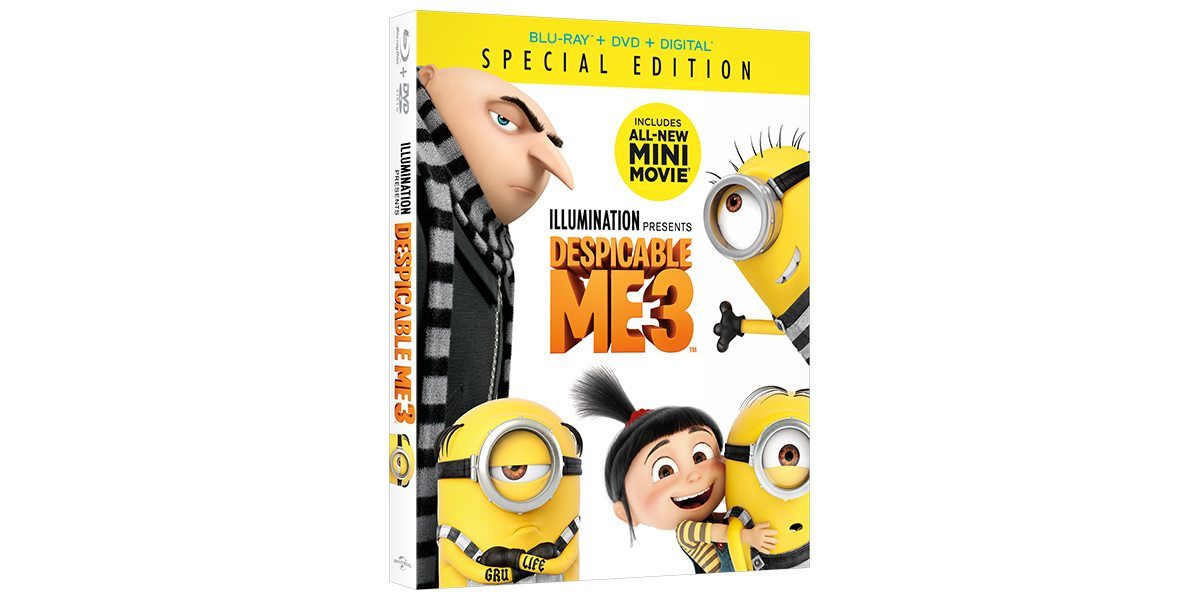 The post is in partnership with Universal Pictures Home Entertainment.
Despicable Me 3 Special Edition is the latest installment in the adventures of super-villain Gru, the minions, and his girls Margo, Edith, and Agnes. This time around we have the thrill of his wife, Lucy, and his newly discovered twin brother, Drew, around for the fun. It’s a nice addition to the popular franchise and one that my family was happy to check out in theaters.

From Illumination, the studio that brought us Sing, The Secret Life of Pets and the Despicable Me franchise, continues the adventures of Gru and his family in Despicable Me 3 Special Edition.

After he is fired from the Anti-Villain League for failing to take down Balthazar Bratt, the latest evil mastermind to threaten humanity, Gru finds himself in the midst of a major identity crisis. But when a mysterious stranger shows up to inform Gru that he has a long-lost twin brother — a brother who desperately wishes to follow in his twin’s despicable footsteps — the former super-villain rediscovers just how good it feels to be bad.

Being that it was the #1 animated movie of the year, Despicable Me 3 Special Edition is the ultimate holiday gift coming with almost an entire hour of exclusive bonus features including an all-new-mini-movie, Minion moments, and much more! Of course, who doesn’t love the minions right?

You can own Despicable Me 3 Special Edition on Digital Nov 21, Blu-ray & DVD Dec 5. Pre-Order now!