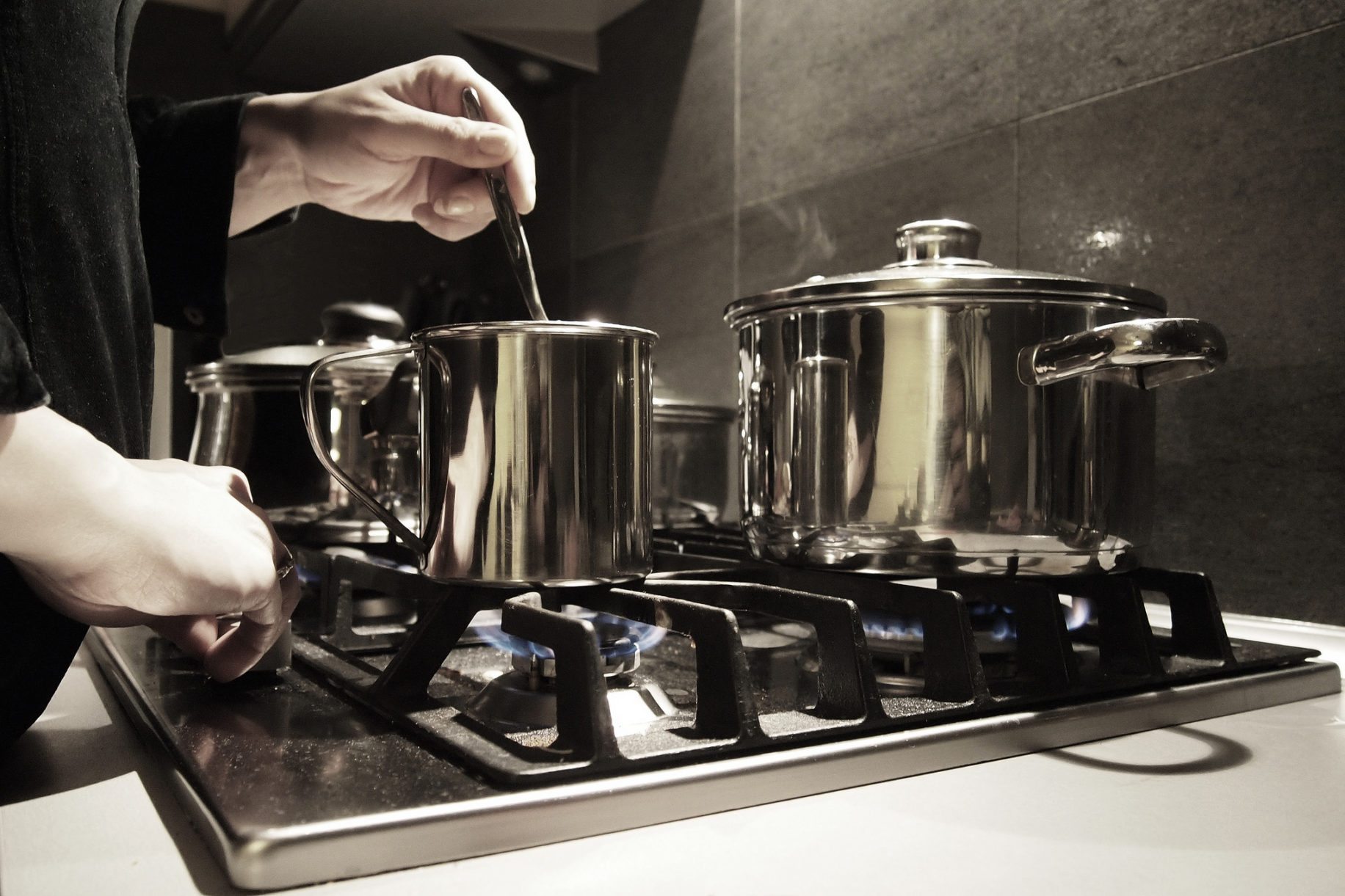 How many times a day do you eat? And yet the most you usually pull together in the kitchen involves a jar of spaghetti sauce and a loaf of garlic bread from the discount bakery items at the grocery store?

If that’s you, you’re not alone. An awful lot of people make it to adulthood without ever figuring out how to cook.

But you’re never going to stop having to eat, so doesn’t it make sense to learn to cook better? It’s healthier. It’s cheaper. And it’s delicious. Or at least it’s going to be. Here’s what you’re going to do:

Pinterest is perfect for this. I separate mine into a general food board and a baking board. I’m about ready to spin off one for side dishes as the food board has grown long. (I already have a separate one for cookies.)

Of course, you can also go grandma-style and keep printed or handwritten recipes in a recipe book, binder, or card file. You could keep a folder of documents on your computer or a list of bookmarks. The important thing is that you have a place to look when it’s time to figure out what you’re going to cook.

1.5. …but read carefully and be selective.

I have a rule for recipes I pin. If it involves a can of biscuits or a jar of pre-made sauce, it doesn’t go in the collection. You’re trying to learn to cook here. If you need biscuits, make biscuits! But again, you get to set your own rules and cheats. For example, if I need a pie crust, I’m going to buy a pie crust. I don’t know why this is my personal exception. They’re not that hard to make. I just don’t.

The second rule is that this is the one time on the internet you should absolutely read the comments. That four-star recipe may well have been rated four stars by a bunch of people who recognized that it needed an extra half-cup of water and added it. They’ll often say so in the comments. But if you make the recipe as given, you’re going to wonder how they all could have been collectively crazy to give it such a high rating.

I also don’t recommend trying restaurant copycat recipes while you’re trying to learn to cook. Although many copycat recipes are deliciously similar to the originals, it’s never quite the same. So if your goal is to eat fewer Olive Garden breadsticks, you’re not going to get there by attempting to recreate the experience at home and being sad when it’s not the same. (That said, this recipe will get you pretty darn close.)

Don’t know turmeric from tarragon? It’s OK. You have to start somewhere. The first thing you should do is get rid of most of the spices in your cabinet. They don’t go bad in a way that will make you sick, but they do dramatically lose their potency. (The exception is seeds, like poppy or sesame, which are fulls of oils that will go rancid and taste really foul. You should be keeping those in the fridge anyway.)

If you don’t believe me, go buy a new jar of cinnamon. Now make something and divide the recipe. For half of it, use your new cinnamon, and for half use the one that’s been in the back of your cabinet since before your first kid was born. (But if it’s truly that old, you’ll easily smell the difference.) Cinnamon lasts about six months.

Now that your cabinet is empty, what to refill it with? If you’re unfamiliar with anything more advanced than knowing your spaghetti sauce has oregano, I suggest going to a spice shop like Penzey’s. They will have jars of spices you can smell. You’ll start to recognize things from your favorite dishes. You’ll get to smell the difference between similar spices, even if you’re not sure what to do with them yet.

What you should start with depends on your favorite dishes and what you want to make. If you’re unsure where to start, gather a few recipes first and see what they often call for. As you start to cook more and more, you’ll learn where you love sweet basil and when you need an extra bay leaf without needing a recipe to tell you.

You may already have one that’s been sitting in a drawer since your wedding. Get it out! If you need to buy a new knife, read a few reviews and take the plunge. Knife choices could be an entire other post, and if you’re a knife snob, you should skip everything I’m about to say. For the rest of you, I’ll tell you my two current favorites.

First is the Komachi 2 Nakiri. I also have the chef’s knife, but I find I use the Nakiri more. Knives are one of those things that you can spend as much money on as you like, and price often does correlate to quality, but for less than $15 each, these have been my favorite knives for about three years.

The other is a mezzaluna. I started with the KitchenAid brand one, which I adored, but it cracked. I replaced it with this one. If your knife skills are weak, this is the cheater way to chop vegetables without a food processor or worrying about your fingertip. Rock that knife all over the cutting board, other hand safely out of the way if you feel the need, and bam. Minced onions. No bleeding into your dinner. No real chef is ever going to recommend this method to you, but I am. Because nobody wants a bloody fingertip in their bolognese, and cooking with crappy knife skills is better than not cooking at all. There are also cutting boards and bowls for this purpose, but I’ve never had trouble with a regular cutting board.

(But seriously, you should eventually learn some actual knife skills, too.)

That’s it. Just keep making stuff. Every time will be a little bit better. Except for the times that aren’t, and you wonder exactly how it could have gone so wrong. Then you order pizza. There’s no shame in ordering pizza. We all have that night from time to time.

The payoff is that eventually, those nights are much, much rarer. And instead you have an arsenal of delicious things you know you can create yourself, so you always have a better answer to, “What’s for dinner?”

My Little Geek Is Now an App

1 thought on “The First Four Steps to Learn to Cook”