If you watched it, then you are currently still trying to process last weekend’s Twin Peaks finale. While answers to what on Earth happened during that final hour, and most of the series as a whole, are unlikely to be forthcoming, something that we can get our heads around is the two – yes, two – official soundtracks that were released last week.

Twin Peaks (Limited Event Series Soundtrack) features mostly original compositions by series composer Angelo Badalamenti although there are a few other tracks included here, notably the eerie and terrifying “Threnody for the Victims of Hiroshima” by Witold Rowicki.

Twin Peaks (Music from the Limited Event Series) features, as the title suggests, songs that appeared throughout the eighteen episodes that made up The Return. These are mostly the songs played at The Roadhouse at the end of many episodes, but several other tracks are included such as “Green Onions” by Booker T. and the MG’s, which played over the riveting floor sweeping scene.

A third album, Anthology Resource Vol. 1:▲▲ by Dean Hurley has also been released, which contains ambient music and sounds heard throughout the new season.

A lot of people might consider it a cop out to pick the theme song for this list. I disagree. 26 years passed between the two days when that theme song rang out on television sets to herald the beginning of a brand new episode of Twin Peaks. Simply hearing those opening notes was enough to transport us back to a place both wonderful and strange, a place many people had been waiting to return to for decades never daring to hope that someday they would finally go. There is simply no other piece of music that encapsulates the show more than this, and for that reason alone, it deserves its place here

This piece appeared twice throughout The Return, but it is the first appearance that I want to talk about in detail here because this was the music which accompanied the most heartbreaking, emotionally raw moment I have ever witnessed on television. The hit-and-run killing of a young boy was so painful to watch that I doubt I will ever make it through the scene again, and screenshots of the aftermath have the ability to reduce me to tears months after watching. Perhaps it’s because my own son is a similar age but this was a moment I will never forget, and Badalamenti’s music – the first new piece we heard from him during The Return – works perfectly.

The music was reused in the scene where Cooper said goodbye to Janey-E and Sonny Jim before his trip to the town of Twin Peaks and it is worth noting that despite its sadness, the music ends on a more hopeful note with the appearance of warmer tones. I like to think that this hope stems from Dougie’s eventual return to his family, and, even more so, from the spirit of the young boy finding peace after ascending to the White Lodge.

One of the few tracks on this album not by series composer Andrew Badalamenti, “Windswept” appeared several times throughout The Return, usually in association with Dougie-Cooper. The version on the soundtrack is labeled as a reprise, but actually runs 22 seconds longer than the version on Johnny Jewels’ Windswept album, which could easily be considered a fourth Twin Peaks soundtrack. This music is very distinct from Badalamenti’s contributions, with a soft jazz feel helped along by saxophone and gentle drums. This helped to give the scenes in Las Vegas a different feel from those happening in Twin Peaks – yet the haunting air of tragedy that underscores everything on the show remains.

Another Badalamenti piece, this one the third new composition from him to appear in The Return, “The Chair” has an altogether more warm and hopeful sound than most others from the Twin Peaks scores, although it still maintains that undercurrent of tragedy we recognize as being key to the show’s overall soundscape.

The track plays over the moment when Mrs. Briggs reveals a hidden compartment in her living room chair, and a strange object he placed in there decades before in the knowledge that this moment would come and it would be time for the item to be handed over to Bobby, Hawk, and Truman. The Major also seemed to know that one day his son would be in a far better place than he was in the final years they spent together, something that brings a tear to his now adult son’s eyes.

This piece plays in one of those rare non-Roadhouse moments in The Return when we know the characters are hearing the same thing we are. Toward the end of Part 11, Dougie-Cooper visits a restaurant with the Mitchum Brothers for a slice of the cherry pie that saved his life and hears this haunting composition from Angelo Badalamenti being played by the in-house pianist. Its title is certainly appropriate, as the music feels more suited to the scene of a tragedy than something you would perhaps want to hear in an Italian restaurant – unless you enjoy crying into your pasta. However, the combination of pie and music triggered something in Dougie-Cooper and for a brief moment, we glimpsed something more within his eye. For both its beauty and its significance as one of the few Badalamenti pieces to truly take center stage, this one has to be included here.

This is another track taken from the original soundtrack way back in 1990 so I didn’t feel right including it on my list; however, given its enormous significance to the show, I couldn’t quite leave it out either. “Laura Palmer’s Theme” is in many ways the heart of Twin Peaks, moving from the dark and brooding sound of the woods at night, to a melody that breaks your heart as it builds to a crescendo, then fades back into the darkness again. It is the story of Laura’s life and death told musically, and it is just as painful. 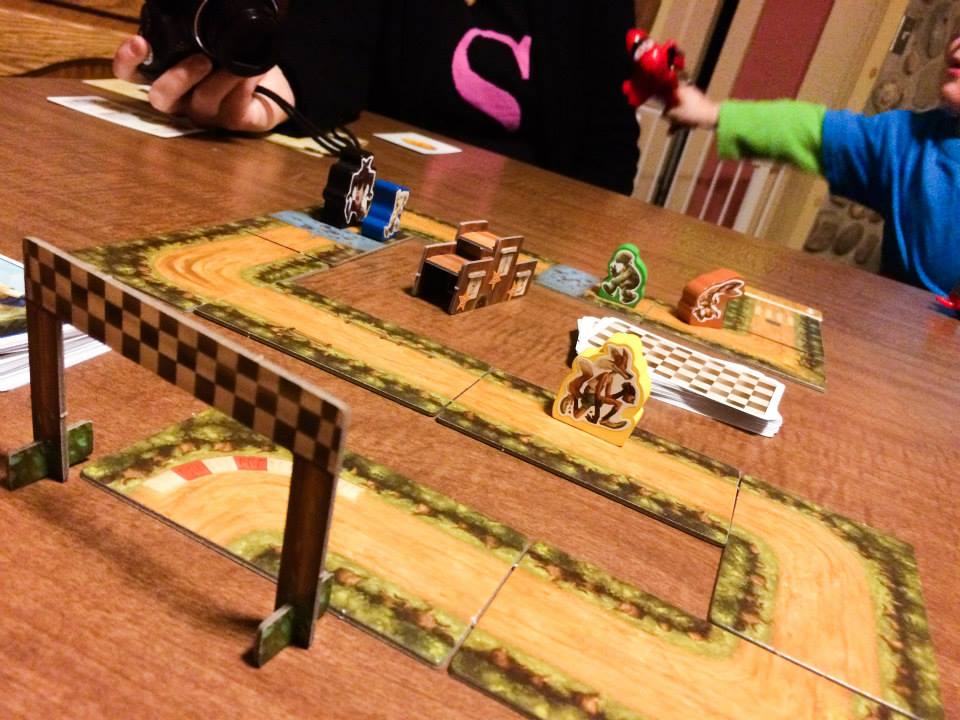 The Hare and The Tortoise: A Fast Family Favorite