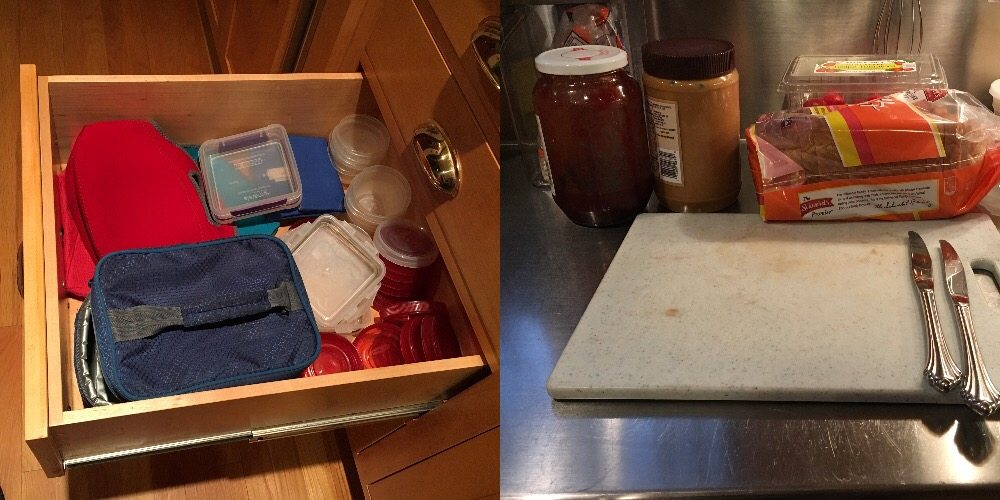 My two younger sons get ready in the morning, prepare their own breakfasts, make their own lunches, and get on a bus to school. I drive my elder son to school because he doesn’t yet have his license. In the evenings, as long as they don’t have homework, my kids help me make dinner. If I’m particularly busy with something, I might even have them cook dinner.

How did this happen?

For me, it all happened when I got into grad school. I joined a low-residency program, which meant that once a semester, I would go away for ten days, then spend the rest of the semester sending assignments directly to my professor. As a family, we decided it would be easier to find childcare for ten days twice a year than several evenings a week every week for two years (as the local, traditional programs were all designed to accommodate people who worked during the day).

But teaching kids to do more for themselves can work even if you don’t pursue a degree. Here are some lessons I learned along the way:

Set up clear, precise goals for what you want your kids to accomplish

My husband is perfectly capable of making their lunches, dropping them off at school and picking them up, cooking, and driving them to their soccer games…when he isn’t working. And during my later semesters, he would schedule shifts so he’d only have one or two during my whole residency, and plan office time for when they were in school. But during those one or two shifts, we would need the assistance of a grandparent (luckily, we have four living in the area). I was so grateful for their help and support that I wanted to make their lives as easy as possible. Which meant either I needed to pre-package ten days worth of lunches for them (eww), or I needed them to make their own lunches. I opted for the latter.

The boys’ school does not have a cafeteria, and kids are expected to pack no-waste lunches. Lunches are to include a main dish, a fruit or vegetable, and one other side. Usually, this was a peanut butter and jelly sandwich, a banana or some cherry tomatoes, and some treat of their choice (pretzels, cookies).

Put everything within their reach

You might like storing the peanut butter on the top shelf of the refrigerator, but if you want your kid to make his lunch (and don’t want to have major cleanup to contend with after they’re off to school), make it easier. Everything should be within reach, set up for success (and fewer distractions).

In our case, our deadline was the day I left for my first day of grad school in late May. By then, they had to be able to get themselves ready, eat breakfast, and make their lunches in time to get to school on time. I suggested they adopt my method of pre-preparing a week’s worth of sides and storing them in the refrigerator on Sundays. They never took to that idea. Of course, I was preparing and sorting nine items, versus each of them being responsible for their own. So I didn’t insist.

Start early, and ease them into it

We started at the beginning of April, right after Spring Break. At the beginning, I would get all the materials laid out ahead of time, and guide them through it. Soon, my time was spent making sure they took turns and didn’t get in each other’s way.

Introducing yet another situation where the boys could squabble—you used my bread, you took all the good strawberries, you got peanut butter all over the handle—might have made me give up this ridiculous pursuit if I weren’t about to start grad school, but I’m glad I held back. It did get easier. Yes, some days we still have flare ups, when one kid or another is grumpy, but they also help each other out and sometimes pack lunches for each other.

By making it clear that it is their job to pack their lunches, they gain an understanding that as a mom, I am not here simply to do their bidding. Rather, my job as a mom is to facilitate my children’s journey into independence.

If GeekMom Ruled the World…

A Girl And Her Star Wars Water Bottle