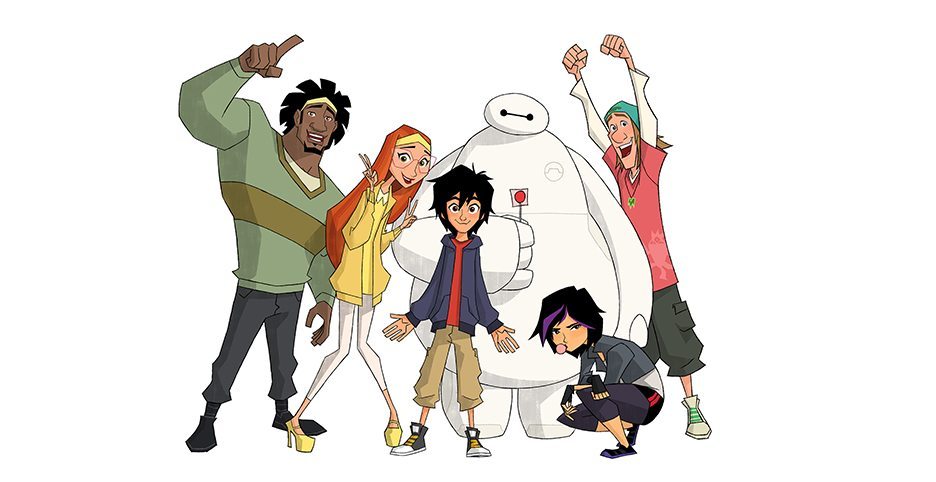 I can recall talking to an insider friend about the movie that was following up the Disney mega-hit Frozen. They told me that the project was being created with boys in mind, to capture that same magic but with a more comic book world feel. I know that when I took my daughter to see Big Hero 6  in the theater, she loved the story and, of course, the larger than life Baymax. It was my feeling that the film managed to transcend generation and gender, appealing to a wider audience than intended.

It was with great joy and anticipation when we learned the movie would be continuing into an animated show for television. Disney XD announced this week that  Big Hero 6 the Series, which has not even aired yet, has already been being green-lit for a second season .

Take a look at this adorable video they sent me of the cast demonstrating Baymax’s now iconic Fist-bump.

From the Disney Press Release:

SAN FRANSOKYO – Disney XD has ordered an early second season of the highly anticipated  Big Hero 6 The Series before the first season premieres this fall. The announcement made by Marc Buhaj, senior vice president at, Disney XD. Buhaj said, “We are honored to have the opportunity to further expand the elaborate world and engaging characters of  Big Hero 6 The Series with this early second season order.”

The Disney series picks up immediately after the events of the feature film and continues the adventures and friendship of 14-year-old tech genius Hiro and his compassionate, cutting-edge robot Baymax. Along with their friends Wasabi, Honey Lemon, Go Go and Fred, they form the superhero team Big Hero 6 and embark on high-tech adventures as they protect their city from an array of scientifically enhanced villains. In his normal day-to-day life, Hiro faces daunting academic challenges and social trials as the new prodigy at San Fransokyo Institute of Technology.

The film was inspired by the Marvel comic created by Man of Action. The action-packed comedy centers on the special bond that develops between an inflatable robot and a young prodigy as they and their close friends seek to solve a mystery that threatens the city of San Fransokyo. It is directed by Don Hall and Chris Williams and produced by Roy Conli,

My family is truly excited to step back into the world of Big Hero 6 to high-five Baymax, Hiro and all his friends. Look for it on Disney XD this fall.

Superman and the Costume of Doom!

Getting Warmed Up For Valentine’s Day Week