Beauty and the Beast: Lost in a Book – An Enchanting Original Story by Jennifer Donnelly tells us more about Belle’s life in the castle that is brushed over in the movie.

Two things stuck out at me when I was 6 years old and seeing Beauty and the Beast in theaters. First, I thought (and still think) that Beast was cuter as a beast than he was in human. Second, that I would have gladly moved into that castle under the same terms if only to have that library.

Thanks to a new original story by Jennifer Donnelly, we can learn a bit more about the library and get a closer look at the Beast and Belle’s relationship before the “happily ever after.”

We know that along with the Beast, his servants were also enchanted. What about other items in the castle, though? According to Lost in a Book: An Enchanting Original Story, some of the books were enchanted as well and not all of them have happily ever after endings, as Belle finds out.

Sisters, Death and Love, play a part in both Belle’s and the Beasts lives. Love is the one that placed the curse on the Beast and Death took the lives of Belle’s mother and the Beast’s father.

With three million gold coins on the table, Love bets that Belle will break the spell. Death doesn’t believe it, but after witnessing Belle’s kindness to the Beast, she decides to stack the deck in her favor with Nevermore, an enchanted book that allows anyone to step into the story and watch as it plays out in real time.

What book lover wouldn’t want to step into the real stories of one of their favorite books? So you can guess what happens next. Belle finds the book and gets sucked in. With Death being in control, you can be assured there are strings attached to this wonderful book, and Belle learns it the hard way.

While we all know that Belle will make her way out, in the end, Lost in a Book gives us a glimpse into Belle and Beast’s world that we don’t get to see in the movie. In the movie we see it in small montages, in this book, we see it for ourselves how much the Beast and his staff have come to care for Belle already at this early stage of the story. We see how Beast feels about his staff and a little bit of his backstory on why he is such a “beast” to begin with.

There’s an important lesson to learn as well and one every book lover must one day realize. The friends in our books are wonderful, but real friends in the real world are worth finding and loving too.

Beauty and the Beast: Lost in a Book – An Enchanting Original Story is available wherever books are sold and retails for $16.99 (or $10 on Kindle)

Disclaimer: GeekMom was given a review sample of this title. 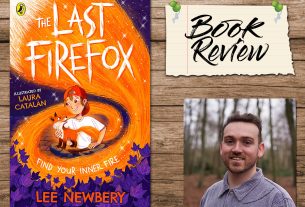 Working On Your Contest Entries?

A Small Act of Kindness