We all know that movies change dramatically from concept to the final product on the screen. One of the pieces that got cut from Moana was a canoe race with her six brothers. When the story evolved to have her less proficient at sailing, the scene and her brothers “sailed away.” Pun courtesy of director John Musker — watch him along with fellow director Ron Clements and this deleted scene:

This scene is one of seven deleted scenes included in the Digital HD and Blu-Ray/DVD release. It will also include a cut Lin-Manuel Miranda song (and we never get enough of those) called “Warrior Face,” and the shorts “Gone Fishing,” and “Inner Workings,” as well as music videos, making-of featurettes, director’s commentary, and a guide to the film’s Easter eggs.

Moana will be released in Digital HD on Tuesday, February 21. The Blu-Ray/DVD hits shelves on March 7. 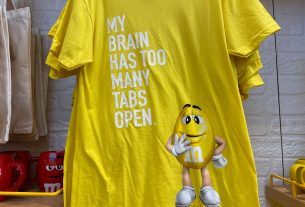 What Tabs Do You Have Open In Your Life?

‘Brave Chef Brianna’ Cooks Up an Enticing Story for All Ages