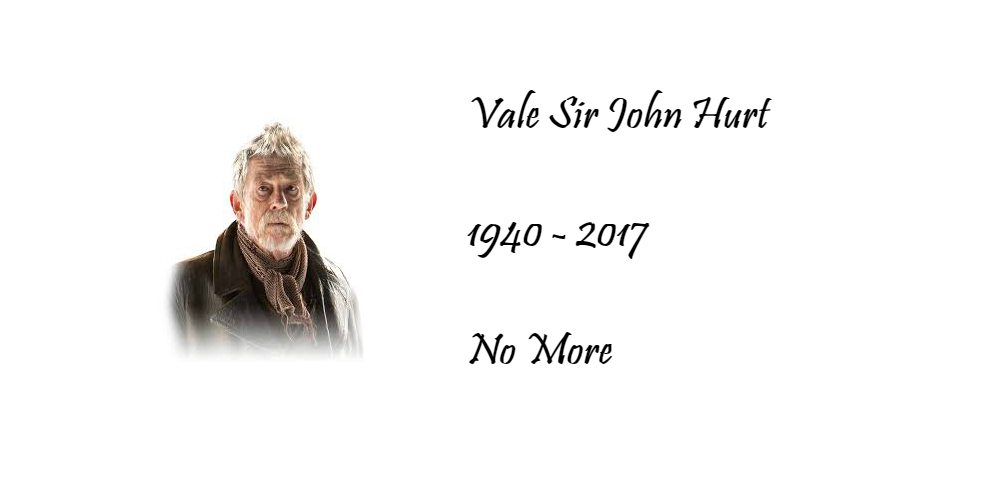 Sir John Hurt is no more. He passed away on January 25, 2017, after battling pancreatic cancer.

No, this is not a repeat of 2016. But let’s face it: we are all hitting that age, where our nostalgic favorites are having career revivals or visits from death…or both. This one just hurts more, because Hurt didn’t need a “revival.” He was still inspiring me: from childhood to present.

He was my first Alien victim, with the most gut-wrenching death scene I have ever witnessed on the big screen. Hurt set the standard for sci-fi dying, to the point of parody in Spaceballs. When the time came for me to join the infamous list of actors to “die” for their art, I called upon Hurt and his xenomorph explosion…even though I was only an 8-year-old flower dying on the school stage. It was memorable.

He was my Doctor, forged in the horrors of war. A Doctor shaped by the desperation of a man who had seen too much and sworn an oath: “No more”. When Hurt strode onto the screen in the Doctor Who Anniversary Special, he embodied all we had been told about the Doctor but were yet to see. It was this moment he crossed the line from genre actor of my youth to legend for my spawnlings.

He was my Storyteller, easing me into illustrious tales of fantasy and moral values. As we sat down by the fire, he would weave his spells and tell the stories of long ago. Of course, I loved the addition of Muppets and magic—but it was the voice that lured me in. For a committed bookworm, he was the best thing on television. 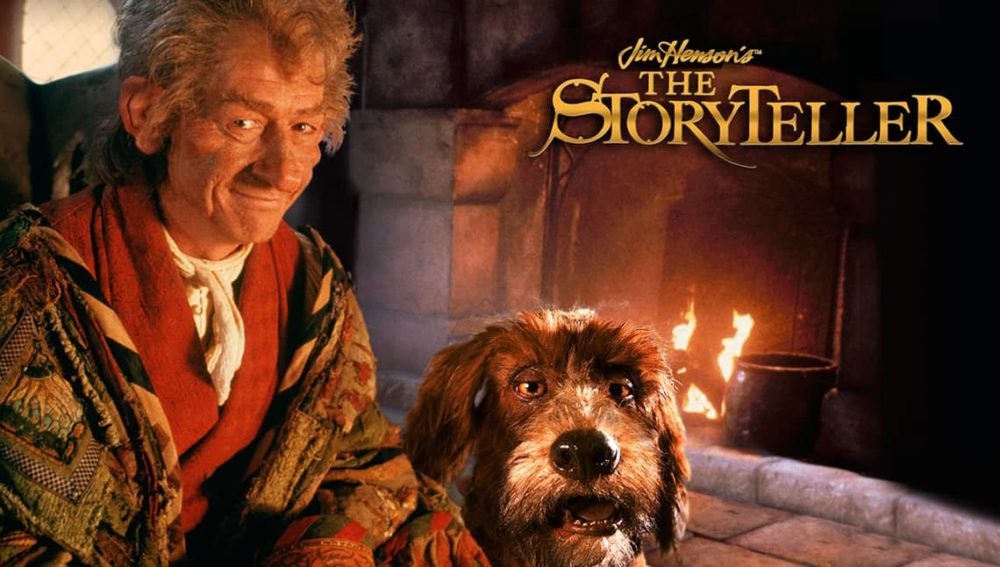 He gave me my first wand, which was the next best thing to a letter from Hogwarts. As Ollivander in the Harry Potter movies, he carried the weight of the wizarding world. He did not choose the wand for the wizard, but instead was a conduit for the wand to make its own decision. A rather fatalistic character for a man who appeared in control of his own destiny, and Hurt achieved it with grace and wit.

He was the best father any Hell-spawnling could ever ask for. There was never any question as to how Hellboy could grow up to be … not quite as demonic as other spawnlings (I’m looking at you, Zaltu). Hurt could portray the deep empathy of a parent while holding a twinkle in his eye. As a young adult, I thought it was sweet. As a parent, I now see just how real the battle is for any parent of a Hellboy (or girl). Damn you, Hurt! I wasn’t ready for this! 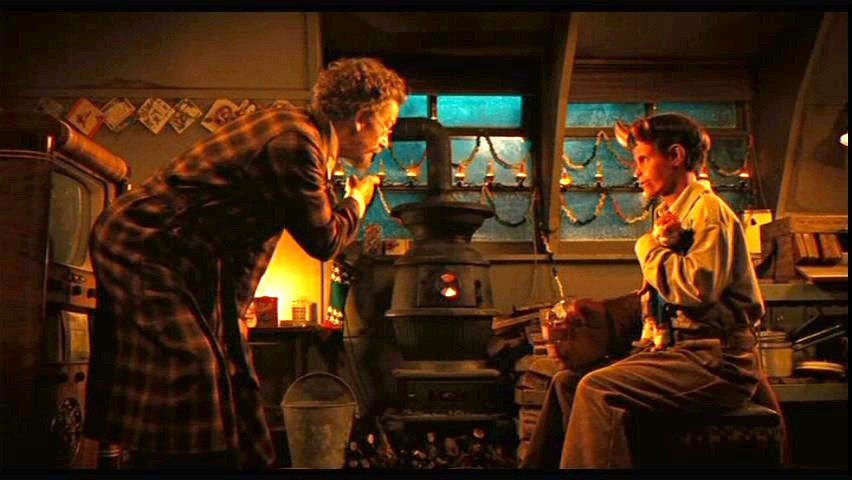 He was my political voice, all the way back in 1984. Required reading for our literary studies in high school, watching the movie was a bonus round for discussion.  Many years later, Hurt’s portrayal as Winston Smith remains seared in my memory as clearly as I know 2 + 2 = 5. I’m still a little disappointed I never had the opportunity for Hurt to sign my first ever dictionary, a gift from my school principal in grade 1.

Maybe that is why it was so hard to accept him as my Vice-Chancellor in V for Vendetta, but Hurt’s performance was so damn good. I was riled and uncomfortable, which is exactly the response you should have from a movie like this. Oh, to know what Sir John Hurt thought about the current political climate in our international affairs.

Sir John Hurt graced our television screens in 1962 with Z Cars and continued working right up to his death—with four productions still to be finalized. Hurt was never one to shy away from a role. Instead, he brought depth, charisma, and genuine spunk to every character. Picking him out in voice-acting roles is always fun; the challenge between falling in love with his deep characterisation, and recognising the undeniable strength of his voice. Just look at the Dragon in Merlin, Aragorn in Lord of the Rings (1978), Owl in The Gruffalo’s Child, or—if you think you can handle it—Hazel in Watership Down.

Nope. Not ready for that just yet.

Let’s face it. Cancer’s a bad thing. But death is inevitable. I, for one, am grateful for Sir John Hurt and all he inspired with his storytelling. And I will honour his memory with plenty of storytelling of my own.

And for future generations? Well, there is a magnificent library of Hurt’s work for you to choose from. Show your kids where true talent lies, and inspire them to tell their own stories.  Hurt never shied away from the fireplace. Neither should you.