The taste sensation when maple syrup collides with ham, a damn fine cup of coffee, a gorgeous pie worthy of poetry, a fish in the percolator… OK, maybe scratch that last one. Throughout its two seasons, the TV show Twin Peaks was awash with memorable meals: donuts, pie, and of course coffee, black as midnight on a moonless night. The food we saw on screen almost became a character in and of itself, with locations like the RR Diner becoming iconic images of the show and food-related scenes such as the Horne brothers’ obsessive discussion of a brie and butter baguette etched into our memories.

What better show, then, to inspire a recipe book? Damn Fine Cherry Pie by Lindsey Bowden is a collection of recipes seen in the show and inspired by it. Lindsey herself is the founder of the Twin Peaks UK Festival, an annual celebration of everything Twin Peaks which last year featured “a full-size train car and a re-enactment of the murder of Laura Palmer.” Fun for all the family! The book’s creation has also been helped along by London cabaret night The Double R Club whose members contributed several recipes, as did several Twin Peaks cast members. In fact, one of my personal highlights of the book was the “recipe” for Angel Food Cake contributed by Kimmy Robertson, who wrote out her instructions in the perfect voice of Lucy whom she played on screen!

The recipes are divided into themed sections. There’s a collection of breakfast ideas including, naturally, Maple Ham Pancakes and Johnny Horne’s Totem Tower–a stack of English muffins, pork burgers, crispy bacon, and relish. The Diner Food chapter contains recipes for Dr. Jacoby’s Hawaiian Burger–one of several burger ideas in the section, Poutine with Red-Eye Gravy, Sweet Potato Maple Syrup Fries, and Annie Blackburn’s Corn Bread, plus ideas for shakes and flavored sodas. Donuts and pastries are considered so important to the Twin Peaks gastronomic repertoire that they get an entire chapter to themselves, packed with eighteen different varieties of donuts, whoopie pies, blondies, and cookies.

The White Lodge chapter is given over to family dinner ideas including Percolator Fish Supper (yep, that’s trout flavored with coffee and bourbon), lasagna, stew, and other, more unusual offerings such as Icelandic Hangikjot–a lamb dish cooked with smoke from wood chips. The Black Lodge chapter, however, offers dishes the book classifies as “desirable… provocative… and beguiling.” Buffalo joint, filet mignon stuffed with blue cheese, and The Giant’s Special Goose are among the dishes within its pages–many of which would look entirely at home on Hannibal Lecter’s dinner table.

By far the largest chapter is given over to Desserts and Cocktails–yes, even despite a previous chapter for Donuts & Pastries, there are even more sweet options to be had! These include eight different types of pie, cheesecakes, ice cream, and, of course, a chocolate log! And with twenty different cocktails to create, you’ll be able to serve up an evening worthy of One-Eyed Jacks.

Not only does the book cover the food of Twin Peaks, it helps establish a deeper sense of the setting that food comes from. There’s advice on throwing a Twin Peaks inspired dinner party, jukebox selections to eat by, fashion inspiration from some of the main characters, and even a helpful guide on tying cherry stems with your tongue, just like Audrey Horne. Combined with the recipes and history, Damn Fine Cherry Pie offers up a perfect slice of that Twin Peaks feeling we all recognize but that’s impossible to describe. Even the wooden borders and harsh zigzags adorning many of its pages and the beautifully staged photographs contribute. It’s a comfortable homeliness of wood paneling, red vinyl diner booths, homemade food, knee-length plaid skirts, and knitted sweaters, all held together by an undercurrent of deception and the fear that hidden behind that 1950s charm is something terrifying just waiting to slip through the cracks. This is the dichotomy of Twin Peaks, and it’s why I keep on heading back to the place both wonderful and strange. Damn Fine Cherry Pie captures it perfectly, and I look forward to cooking many of these recipes for premiere night when the show finally returns in 2017! 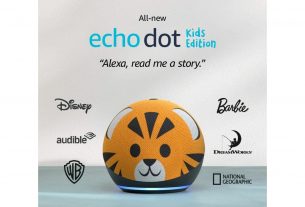