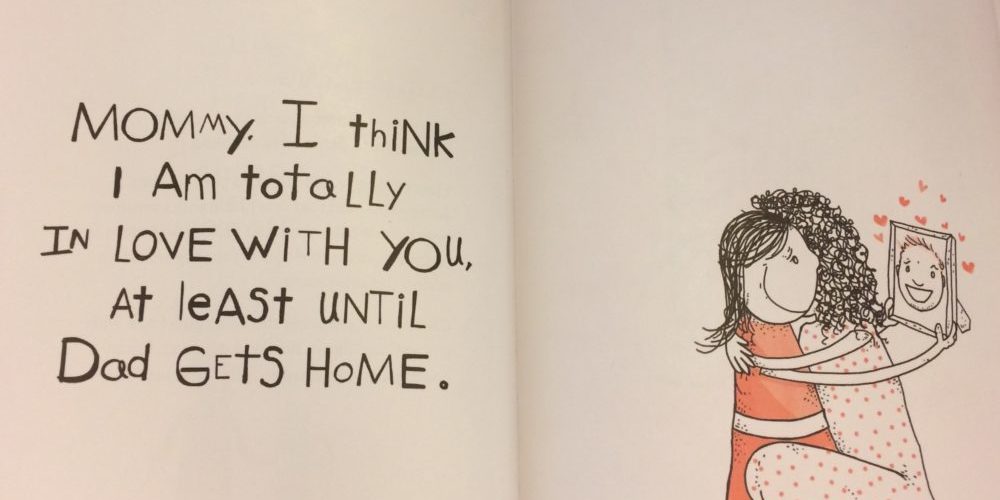 Kids are unfettered. Kids are unfiltered. As we grow, most of us come to adhere to certain rules and standards of behavior (some, for various reasons, are unable or unwilling to do so—let’s put those aside for a moment). These standards, of course, vary by culture, ethnicity, and national origin, sometimes even by region. When we travel, many of us do a bit of research ahead of time to make sure we won’t offend or spark some sort of incident.

Rules are good. They keep us from hauling off and punching people who upset us in the face or raising our voices in public or committing various other social sins that might land us in human resources or in jail.

That said, there’s something wonderful about the pairing of innocence and lack of restraint with which children explain the world around them.

Martin Bruckner has captured some of these lovely, hilarious, touching moments in his book I Love You With All My Butt!: An Illustrated Book of Big Thoughts from Little Kids. It all started, says Bruckner, when his daughter decided to weave noodles between her toes. Both amused and somewhat disgusted, Martin began recording Harper’s most perfectly “kid” moments and illustrating them. The family project grew to include quotes and stories from other kid/parent combos, culminating in Bruckner’s first book: I Love You With All of My Butt!

Martin’s book is perfectly delightful and had both me and my four year old giggling at both the quotes and the varied illustrations. I was impressed by Martin’s depth of artistic skill, each picture a different style and color palate yet perfectly suited to both quote and collection as a whole.

Sometimes, in the rush of school and sports, activities, play-dates, cleaning and cooking, we forget to pause and spend some time with the joy that is the worldview of tiny humans. Funny, touching, and honest in turns, any parent will find him/herself nodding, chuckling, and “awwing” in turn.

We should listen to our kids more. They have a lot to say and so much of it is profound. And if it isn’t profound? Probably hilarious.

I Love You With All My Butt!: An Illustrated Book of Big Thoughts from Little Kids by Martin Bruckner (Workman) will be available April 4th, 2017.

Behind: Short Film Has Your Back(pack)