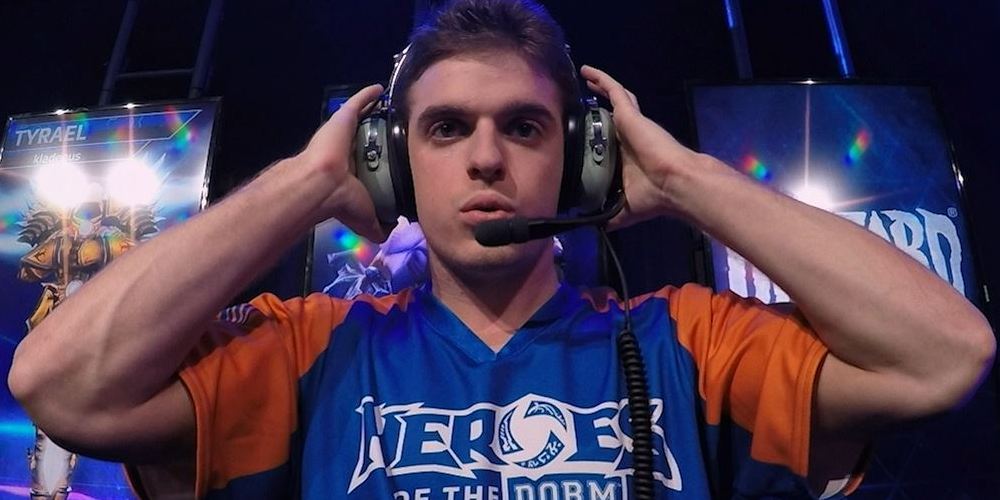 In April 2016, the world of Blizzard eSports descended upon Seattle, Washington for the second annual Heroes of the Dorm tournament. The collegiate event, sponsored by Blizzard entertainment and Tespa, saw the Heroic Four teams of University of Texas Arlington, University of Connecticut, University of Tennessee, and Arizona State University fighting it out in the Nexus of Heroes of the Storm for college tuition. In the end, the previous year’s runners up, Arizona State, was victorious under the leadership of players like MichaelUdall and Shot.  During this tournament, Blizzard and Chopshop Productions followed the four teams, the result of which was the new documentary that debuted today at BlizzCon, A New Hero. The fascinating story of four very different teams, all comprised of students who play games at a ridiculously high level, makes for a documentary that is hard to look away from. Pam Glennon, the producer of A New Hero, said that Blizzard has always placed an importance on the amateur players and the college students involved in the tournament placed a real, human face to something that seems unnecessary unattainable to most.

From MichaelUdall, the face of Arizona State’s Dream Team, who at seven-years-old would play Halo with his older brother, bossing them all around despite his young age, to DanLeeFor3 from University of Connecticut’s Tricky Turtles who started playing computer games in second grade much to his parent’s dismay, we get to meet members of every team. Heroes of the Dorm gave amateur players exposure that they wouldn’t normally have and Michael Udall spoke of how strange it was to meet with the University president following their win and that professors now email him asking for information about Heroes as well as eSports in general.

Of interest to me, in particular, was the background of these players provided by their parents and family. The parents talking about how they dealt with their child’s love of games, particularly when they were younger. Many of them put limits on their time, even disapproved of the games entirely. But things change when your kid could win free college tuition by playing those games. It is something I can appreciate as the parent of a burgeoning gamer.  In a press conference, Joe Udall, MichaelUdall’s father, mentioned that he helped introduce him to gaming, partially because games like Heroes are similar to playing several chess games at once. He joked that it took longer for his mom to see the benefits.

Collegiate tournaments like Heroes of the Dorm are still new, partially because the collegiate eSports scene is so disorganized. Many of the players echoed that what the sport needs is more stability and infrastructure. Daniel “DanLeeFor3” Lee mentioned that while trying to organize a team for League of Legends, the communication between schools, teams, and tournaments is nearly nonexistent, leading to canceled events and disappointed players. The activity needs more organization if it is going to grow. Add in that the players have no off season and practice for thousands of hours to keep in maybe only one tournament a year and the possibility for burnout is high if schools don’t help support their student athletes.

The second half of the film follows what the teams during the actual tournament. It is so much more than what the average fan sees watching eSports on Twitch or even ESPN. To see everything that goes on behind the scenes should be interesting to any eSports fan. Back in April when I attended Heroes of the Dorm, I had no clue what was happening all around me off stage.  This documentary opened that world to the average fan and I loved it.

Premiering at BlizzCon today, A New Hero will be widely released November 8th at 10AM Pacific Time around the web on YouTube, Twitch, and the Heroes of the Dorm website. If you have any interest in eSports, I recommend you find the time to watch this documentary. It is well worth your time and I am sure you will find yourself cheering for these players, even though the tournament ended months ago.

The Depths of The Riverman Triology

What the GeekMoms Want for Mother’s Day