With school breaks here, our family has looked for different way to learn through having fun online. My five-year-old has recently gotten interested in how movies are made. She has seen a few more in the theaters and has seen video editing done at home. Everyday we seem to use our GoPro and our cell phones to record and edit something.

Since Kindergarten began for Ella, we have been creating a Joke of the Week video together for the GeekDad and GeekMom spin off site: GeekKid. She gets to choose her content (her joke) and she chooses what to wear. She also picks where we shoot the video. She even chose the bumper music that ties the segment together. The GeekKid Blog is a fun space for our geekling offspring to collaborate and share in all mediums. Short Film making has been a hobby of mine and it is exciting to pass tools along to Ella that she could use as well.

With this in mind, it was to our great delight that we learned our friends over at Disney Junior were about to debut a new animated series Lights, Camera, Lexi. The short form series, stars Lexi Lopez, a kid filmmaker, who introduces young viewers to a variety of animation techniques. Taking on genres such as film noir, documentary and silent film, each episode spotlights a short film that has been created by different animation director/artists. Theses artists are gathered from all over the field of filmmaking. Collaborators include: Nak Yong Choi from CalArts and Beck Underwood who teaches animation to young girls at the Lower East Side Girls Club. Also on board is Barbara Bakos, a children’s book illustrator from Budapest.

The world of filmmaking and animation is an exciting one that has been cracked wide open by technology. Introducing kids as young as Ella to visual concepts may help spark a further curiosity to become an artist and creator. 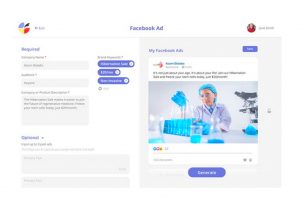