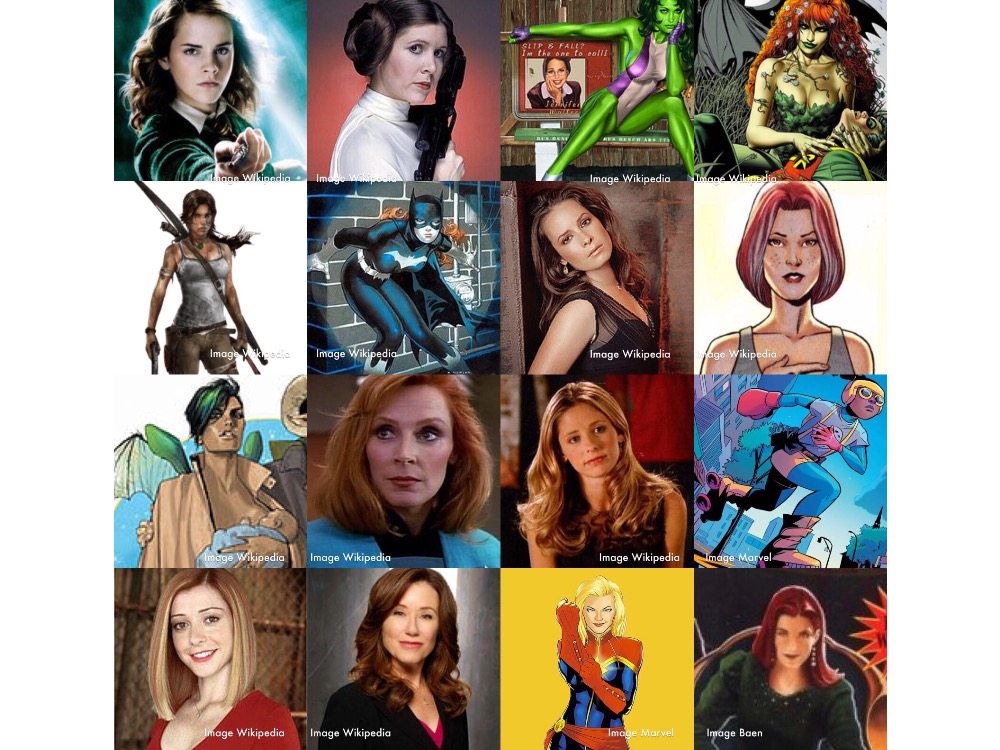 It all started innocently enough. A group of GeekMoms and GeekDads discussing the miserable state of American politics. In my frustration at the generalized dearth of intellectual discussion this cycle, I joked, “That’s it. I want General Leia for President!” For a few minutes, we all discussed the relative merits of different fictional women in various Cabinet positions. The more I thought about the characters and the more I read the mission statements of the various Departments, the more I tweaked and rethought my choices.

Observations: There are very few smart businesswoman heroines. There are many warrior women or book smart heroines. The Department of Veterans’ Affairs has the most bureaucratic approach to a mission statement in ever.

-Characters must be from mainstream(ish) fandoms for approachability purposes (and also by the sixth department I might have gotten lazy).
– Characters must have canonically demonstrated the skills deemed necessary to executing the job for which they were chosen

To be Commander in Chief as well as head of policy decision making, the President needs to have a combination of battle and book smarts. Repeatedly, Hermione is touted as “the brightest witch of her age.” She organized Dumbledore’s Army and proved herself in several main battles defending against Lord Voldemort. She was named Minister of Magic as an adult. Her academic, military, and political resumes make her the perfect candidate for female president.

Acting as the President’s advisor for foreign affairs, the Secretary of State needs to be both strong willed and persuasive. Princess Leia Organa was raised by a politician and grew up surrounded by the machinations of government. As a Rebel leader, she showed strong convictions and sense of self. She also shows resilience and creative problem solving strategies. Moreover, having matured and risen to the status of general, General Leia Organa has proven her strategic prowess. Her strength with The Force provides her an additional sense of the balance necessary to foreign policy decisions.

Secretary of the Treasury: Lara Croft

In order to maintain a strong economy, the Secretary of the Treasury needs to understand the types of opportunities at home and abroad that can help provide job security and financial security while also protecting the current financial systems. While treasure is different from Treasury, Lara Croft would make an excellent Secretary of the Treasury because she understands the importance of how economic systems of supply and demand impact value. Her entire life has been dedicated to protecting the historical artifacts for their purity, but she fully understands the financial value and impact of these outside of that. Therefore, as someone whose entire purpose revolves around protecting history against the capitalistic market, she is the perfect choice for Secretary of the Treasury.

Organizing the military as well as national Guard and Reserve forces, the Secretary of Defense needs to not only understand military operations but also the technology used to support them, both hardware and software. In this vein, Barbara Gordon’s vigilantism with Batman provided her strategic expertise. However, her real strengths as Secretary of Defense will come from her work background with technology and computer hacking. Her ability to incorporate the necessary military and computer technology expertise will guide effective military policy.

The Department of Justice’s mission statement and history focuses on protecting the legal interests of the people and the federal government and ensuring public safety from threats foreign and domestic. As such, Jennifer Walters brings with her the legal experience necessary to appropriately adjudicate civil and criminal lawsuits as the Attorney General. Having worked as a staff District Attorney, she recognizes the tension not only between criminals and the law but also within the legal community.

Secretary of the Interior: Poison Ivy

Incorporating such agencies as the Bureaus of Indian Affairs, Land Management, Ocean Energy Management, and the Natural Par Service, among others, the Department of the Interior and its Secretary protect the natural resources of the United States. Poison Ivy, often referred to as an eco-terrorist, has a history of protecting endangered species and the environment. Given a position of power that would enable her to do this in a legal capacity would allow her to put her talents to work in a productive instead of destructive manner.

Focusing on food, agriculture, natural resources, rural development, and nutrition, the Secretary of Agriculture must rely on the best available science. Piper Halliwell, a chef and night club owner, has a long history of working with food. In addition, her use of natural resources in her potions makes her aware of not just the traditional methods of nutrition but also alternative methods. As such, she brings a unique perspective to food safety that allows her approach the job both from her perspective of a food professional and her holistic connection to the ingredients used.

Tasked with promoting job creation and technological competitiveness to encourage economic growth and financial sustainability for the United States, the Secretary of Commerce has to have a strong understanding of both how business works and what society needs. Pepper Potts, having been CEO at Stark Industries not only understands the importance of a globalized approach to business but also the dangers of technology used inappropriately. She has owned the largest media company and recognizes the importance of news to the sustainability of business. With this background, she will not only be able to help promote positive technological economic programs but also appropriately manage job opportunities.

As the Cabinet position assigned to protect the country’s workers, the Secretary of Labor must be poised to fight for fair working condition, equitable employment, and work-related benefits. Although trained as a soldier, Alana spent time working on a low-budget television show that provided no benefits and poor working conditions. Her experience with the kinds of working conditions that need to be remedied give her a strong sense of what needs to be done to combat them. Despite her military background, her ability to resourcefully solve problems for her family and the many others who join her on her travels gives her the necessary tools to determine how to best negotiate better working conditions.

With 11 agencies under her control, including but limited to Healthcare Research and Quality, Center for Disease Control, National Institute of Health, Office of Civil Rights, and Substance Abuse and Mental Health Services, the Secretary of Health and Human Services needs to organize multiple tasks while also attending to the most updated medical procedures. Dr. Crusher has experience as both the chief medical officer of the Federation starship Enterprise-D as well as having been head of Starfleet Medical. Her medical degree and her experience being in charge of different medical facilities makes her the perfect choice for this Cabinet position.

In order to meet the goals of HUD’s mission statement, the Secretary of Housing and Urban Development needs to understand not just the housing market but the importance of affordable housing and community. Cordelia Naismith Vorkosigan’s history of being apolitical while continually focusing on the importance of education, health care, and rights for the underserved classes, such as sex workers, makes her a perfect fit for the Department of Housing and Urban Development. Her ability to create sustainable communities based on her home planet, Beta Colony, will allow her to best promote community programs that offer opportunities for those most in need of stability in their living situations.

With the goal of creating fast, safe, efficient, accessible and convenient transportation infrastructures, the Secretary of Transportation needs to be someone with a strong sense of self as well as a brilliant mind. Despite her age, Lunella Lafayette has both of these. She is more than just an extremely smart child, she is someone whose inventive skills have launched her into creating not just machines but seeing endless possibilities in the LEGO FirstTM competition for her class. Her desire to prove her worth as a scientific mastermind will give her the edge on other, more age appropriate individuals who might prefer more prominent governmental roles.

The Energy Department focuses on addressing sustainable energy solutions while also engaging in the environmental and nuclear challenges facing the country using the most up-to-date science and technology available. As Secretary of Energy, WillowRosenberg brings with her not just one of the smartest minds in technology having been precociously interested in computers as a teenager, but also personal experience as power conduit. Her ability to both channel energy and understand the larger scientific forces at work make her the best chance we have at sustainability.

The three strategic goals of the Department of Veterans’ Affairs are to empower veterans to improve their well-being, create and maintain partnerships, and work on VA operations to deliver support. As Secretary of Veterans’ Affairs, Captain Carol Danvers would be able to bring organization to an agency that needs direction. Captain Marvel is a decorated USAF graduate who’s worked in military intelligence and worked for NASA at their request. As a veteran, she brings to the table the necessary personal experience and formal education to understand veterans’ needs and to effectively address them.

Being in charge of the Department of Homeland Security, the Secretary much be able to evaluate the threats to the United States that come in any form, be it brother security, emergency response, cyber security, or chemical facilities. As the Slayer, Buffy Summers has managed to save the world, a lot. She has protected the borders between the United States and hell dimensions having lived on and destroyed a Hell Mouth. Despite not completing college, Buffy has worked with governmental military operations as well as private military contractors. She is aware of the both power and restrictions inherent in a government agency. With her nearly twenty years of experience keeping the United States safe, she is a perfect candidate for the office of the Secretary of Homeland Security.

Who would you like to see in these positions? 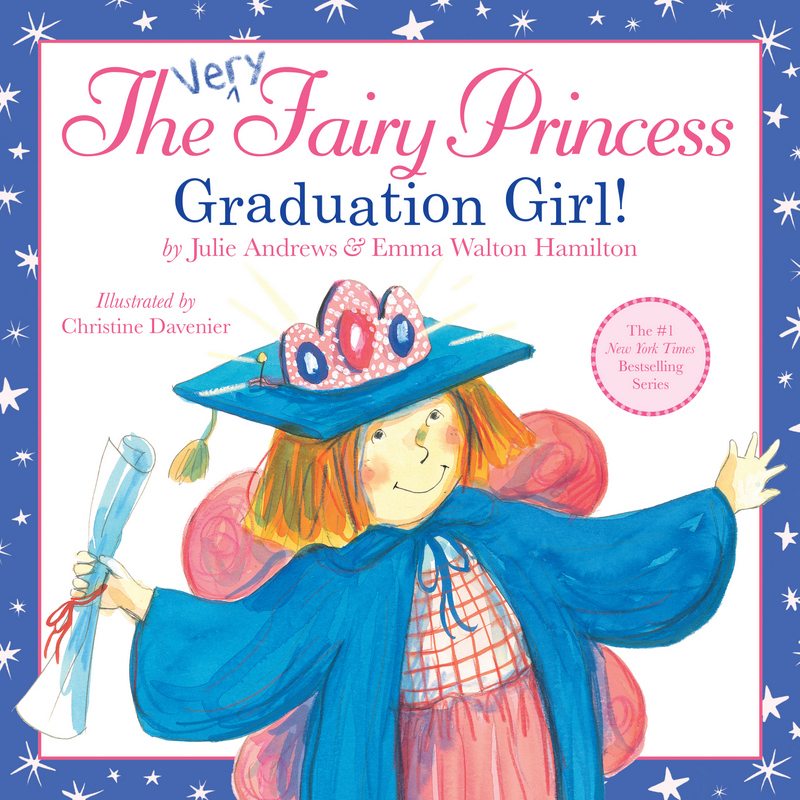