In Cake Duel, use your army of Sheepies and your cunning skills of deception to relieve your opponent of all their cakes.

What’s in the box

Cake Duel is a game in which you attempt to steal cakes from your opponent, using sheep. If it sounds silly, then you would be absolutely correct, it is very silly indeed! Your Sheepie army consists of various skilled attackers and defenders, from archers, soldiers, and scientists, to wizards, defenders, and assassins. Look out for Sir Wolfy too, who likes to hide within the ranks and masquerade as a Sheepie himself.

Cake Duel is played over a number of bouts, with the winner being the first to score three victory points. Victory points can be earned by either winning a challenge or by possessing all six cake slices at once. Yum! Players alternate between attacking and defending, with the attacking player always first to move during a bout.

Cake Duel is a cute bluffing game with a lot of funny artwork. We felt that the instructions were not clear in certain circumstances – particularly where both players accept their opponent’s cards – but after watching some playthrough videos online, we were able to figure out what to do in most situations.

This is currently a two-player game, which in some ways is a shame because the nature of bluffing and battling makes it perfect for a larger group. I can already imagine the vindictive gameplay that will occur with some of our regular gaming group! The Cake Duel Deluxe Package includes a second set which the makers claim will open it up to four-player team duels, but it’s a shame this can only happen by paying double for what is a fairly basic game.

The Kickstarter is already 300% funded and in its final days. If you’re looking for something fun, yet slightly nasty, to play with your family and friends, then this might be a great choice. The adorable artwork plus the cake and sheep theme will draw them in, yet the devious bluffing will have them cursing your name. It truly is a wolf in Sheepie clothing! 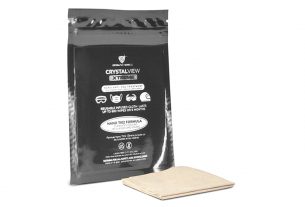