The Leveled Readers series will feature books from Level Pre-One Readers (featuring ABC’s and first words) to Level Three (reading for inspiration and information). The two books we received from this series – Dino Safari and Deep Dive – were Level Two titles with a suggested reading level of Grade Two. Each of the books was 32 pages long which is just long enough to get into the subject without appearing overwhelming to new readers, they also came with a sheet of themed LEGO stickers at the back. Despite their relatively short length, the books also featured both a contents list and an index page to allow young readers to learn the vital skill of quickly finding relevant information within a title.

All the books mix real photography of the subject (or photo-realistic CG images in the case of the dinosaurs) with cartoon illustrations of LEGO characters, vehicles and more who teach us about the subject. The LEGO additions are always relevant to the contents if a little silly at times (for example a LEGO figure in a chicken costume tells us a fact about dino eggs on one page). The pages are also peppered with puns at the same level of humor as the LEGO video games.

The Favorite Topics books we received were Planets and Knights & Castles. These books expand on the Leveled Readers books by adding more depth, detail, and pages. Sadly, these more advanced books also lose their sticker sheet which is a shame as I’m sure the seven to ten-year-old age bracket they are aimed at would have loved those to be included. These books double in length to 64 pages which are larger as well, allowing much more information (and bad jokes) to be packed into the pages. The Favorite Topics books also expand on the vocabulary they use and generally feature more writing per page.

All the books include activities that your child can do as they read. There are suggestions for role-playing activities with your LEGO figures (“can you invent a brave knight of your own?”) and things to build (“build a space probe that can discover new worlds”). These add another level of interactivity to the learning – my six-year-old loved making his own space probe –  but could be frustrating for children without access to plenty of LEGO bricks and figures.

At the moment these four titles comprise the entire range of LEGO nonfiction books, however, more titles are set for release in 2017 at both levels, plus Early Readers and Activity Books ranges as well. Factastic: A LEGO Adventure in the Real World, a fact book for ages eight to 12 is due out in October.

We have partnered with Scholastic to offer a giveaway for a full set of the current LEGO nonfiction titles (Deep Dive, Dino Safari, Knights & Castles, and Planets) plus a poster and a $100 LEGO gift card to be spent at the Official LEGO Shop. To be in with a chance of winning, simply fill in your details below, you have until 11.59PM PT on Sunday, August 14th to enter. Offer only open to US addresses only. Prizes and samples provided by Scholastic. Good luck!

LEGO, the LEGO logo, the Brick and Knob configurations, and the Minifigure are trademarks of the LEGO Group. © 2016 The LEGO Group. All Rights Reserved. 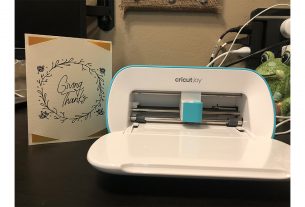 Cricut Joy: Have Cricut. Will Travel