The BFG is a movie inspired by the Roald Dahl book of the same name. It’s a 1982 story of the English orphan, Sophie, who ends up befriending the BFG, or Big Friendly Giant. He turns out to be the smallest of the giants, and by far the nicest. While other giants have a craving for humans, ‘beans, the BFG loves to send them dreams. She encourages him to stand up to the bullying giants. He explains his plight using a quirky mixed-up dialect Dahl called “Gobblefunk.”  (He’s not a cannybully–he loves the childers.)

The special effects in this movie are delightful. The BFG, as played by Mark Rylance, has a fantastic range of expressions, and the computer-generated graphics do not manage to trip the “uncanny valley” (the spot where something that almost resembles a human starts to creep you out–think Polar Express). That’s difficult to pull off with something so heavily dependent on computer-generated characters. Let’s also give kudos for Ruby Barnhill for managing to do so well acting against what was probably a lot of green screens and mo-capped actors.

The BFG’s story is simplistic and at times a little disjointed. How do we solve this problem? Call the Queen! (Played  by Penelope Wilton of Downton Abbey and Doctor Who fame.)

At the same time, this quirky little movie works well for multiple ages. My teenager even appreciated the movie. Older audience members will laugh when the Queen calls and asks for “Ronnie,” and younger audiences will laugh at the elaborate fart joke.

Oh yeah, don’t go if you’re not comfortable with fart jokes. You should also be warned that the BFG had a previous human-sized friend who was eaten. While we don’t see the violence, it’s referenced, and smaller children might ask you about it.

Fans of the book will note that this movie, while mostly capturing the spirit, has a slightly different ending. It’s still worth seeing.

Full disclosure: this review was written based on a press screening. 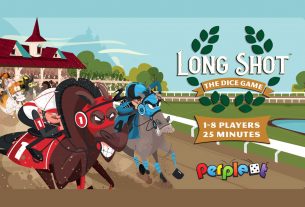 Happy Holidays from the GeekMoms!!!

‘Explorer of the World’ – Kids’ Music That Can Take You Places

1 thought on “‘The BFG’: Giants and a Little Magic”