There comes a point, when a reader finds out too much of what’s going on behind the scenes, that it dawns on them that some of the people behind the stories and characters they adore view people like them with, at best, benign neglect and, in some cases, active contempt.

This was the state I reached a few years ago after covering comics for several years.

At first, I was angry and hoped to change things. After a while, though, it all became so depressing that my overriding emotion is sadness.

Sadness that we’re still dealing with this sh*t, even in this current day and age. Sadness that Gail Simone can be harassed on Twitter simply because she says she doesn’t like The Killing Joke. Sadness that if you’re a woman or a person of color, you still have to prove to those providing entertainment that you exist as a customer, rather than as some mythical unicorn. Sadness that because of this, we’re losing out on unique and interesting stories. Sadness that someone can have multiple harassment complaints and still have a plum job at DC Comics.

I’m tired, y’all. I’m sure many others are too. But things still need to change.

My initial attitude about sexism in comics was that it was part of overall societal sexism, a sort of unconscious adherence to long habits that would, of course, change gradually if everyone just had some patience and applauded the incremental progress.

What I’ve found over the years, as the men behind the curtain have stood revealed, is that I was far too generous in my initial assessment.

The sexism is active and ingrained, and it’s definitely not confined to just a few individual or companies, and, worst of all, many of the people in charge who could effect change look the other way or, in some cases, actively encourage it.

Heck, DC Group Editor Eddie Berganza, revealed now as the harasser in several public incidents, is not even the only guy at DC Comics with a problem, as writer Scott Lobdell harassed women during a con panel. And yet, he’s getting plum writing assignments from DC. (I would also argue that the quality of his work simply doesn’t deserve such assignments, harassment aside.)

This sexism is all over the end product too. Wonder Woman‘s title showcased the Amazons as murderers and baby slavers and, at a very low point, featured a cheesecake Diana and a new Donna Troy who was a homicidal maniac. And, yet, it’s not universal.

There are small signs of change again, even at DC, and even in the Superman office, as Gene Luen Yang’s Chinese Superman is one I’m excited to read. From DC, there’s The Legend of Woman Woman, a digital-first comic so amazing that I’m still shocked that DC ever decided to publish it. Annie Wu, Gail Simone, Ming Doyle, Becky Cloonan, Emanuela Lupacchino, Amanda Conner, and David Walker all have been creators in the last year at DC. So have Steve Orlando, James Tynion IV, and Babs Tarr as representatives of the LGBTQ community. Midnighter featured a solo gay male character as a lead; Constantine The Hellblazer, a solo male bisexual lead. The casts of We Are Robin and Gotham Academy are diverse in gender and race. There was Yang’s work on Superman, though he was stuck in a stupid editorial-directed crossover.

I want to support the work of these creators, whose efforts on DC Comics have been, for the most part, stellar. If I boycott DC, then I can’t. If I boycott, I can’t support a book that features Lois Lane as the new Superwoman (even if Berganza is the Group Editor), I can’t support Greg Rucka’s new run on Wonder Woman, with art by Nicola Scott. (Berganza isn’t editing that one.) I can’t continue to support and enjoy Gotham Academy.

On the other hand, I have to wonder if these changes will lead to lasting change.

I waver between cautious optimism and complete skepticism on that.

Maybe it’s time to take a look at what brought us here. Let’s take the case of DC Comics, specifically, going back over 30 years.

Why them? They’re not the only offender. They’re likely not even the worst offender but I’m most familiar with them and if changes were made in their house, they might just set a positive example for others.

“Let’s cripple the bitch.” — DC editorial to Alan Moore about Barbara Gordon’s role in The Killing Joke, a comment relayed by Moore in a long ago Wizard World interview.

“The rape pages are in!” — DC editorial when receiving the pages that depicted a rape of Sue Dibny in Identity Crisis, a story that based the entire DC hero universe around a rape and then a murder of a pregnant woman.

“Who should we have hired?”–DC Co-Publisher Dan Didio responding to a questioner at Comic-Con in San Diego who’d asked why only a tiny percentage of the creators of the new 52 relaunch were female. (And most were white.)

I love the DC Comics characters. I love numerous stories from DC Comics. It’s deeply depressing to find out the people behind the creative works I love are, in several cases, douchebros.

In some cases, it’s obvious from the work. Hello, Lobdell’s original conception of  Starfire in Red Hood & the Outlaws. But, more, hello the entire Superman comics which are under the command of one Eddie Berganza.

First, there was Superman’s shift to an angsty loner who is bummed out because Lois Lane had the temerity to sleep with another dude because Clark doesn’t, you know, talk to her about his crush. But, no worries for Superman. He soon starts banging Wonder Woman in a comic that continually makes her the secondary character, often makes her harsh and nasty instead of compassionate, and yet someone wants to sell us that this pair is deeply in love. As has been said in our reviews of this comic over the past year, Superman/Wonder Woman is a cursed comic as all talent who tries to make this concept work instead just makes it worse.

This is Superman as douchebro. The blame for this continued fiasco can be laid squarely at the feet of Eddie Berganza.

Yes, this douchebro Superman is even worse than the Christ-figure of Superman in Batman vs. Superman: Dawn of Justice. That Superman may be alienated from the human race but at least he smiles once in a while and at least he seems to care about Lois Lane.

When word went out that Berganza couldn’t be fired from DC because his human resources harassment complaint had been settled and corporate law and all that, my response was: “Can we fire him for years of horrible management of Superman comics?” Word is that before Greg Rucka would agree to return to write Wonder Women, that comic had to be shifted to Batman editor Mark Doyle.

What can we, as consumers do about this, aside from being disgusted and disappointed?

From the outside looking in, all I can do is praise the people getting it right and point out when people and companies get it wrong.

Unfortunately, real change is only going to come when the people running the show make changes. 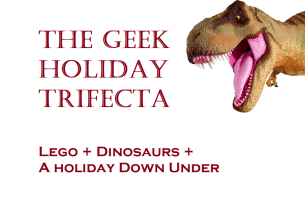 LEGO and Dinosaurs at the Australian Museum 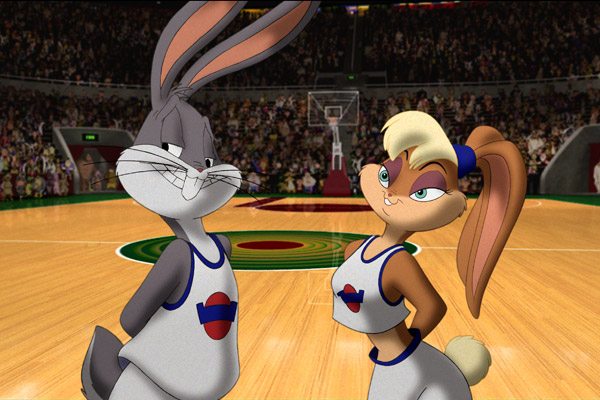 1 thought on “Sexual Harassment in Comics: Must Be Tuesday”