When you decide to build a Pinewood Derby car, you will get a lot of advice. Some people will say that it is all about wheel alignment–no if’s, and’s or but’s. Others will stress that the weight of the car must be 5 oz., on the screws. And still others will repeat, “friction, friction, friction!”

My answer is simpler: D) All of the above.

In my not-so-humble-rarely-beaten opinion, you need all three to build that super fast car of your dreams.

If you are in a highly competitive racing troop–and let’s face it, who isn’t?–you will need to make sure that your weight is indeed on point, the wheels are aligned, and the friction is reduced as much as humanly possible.

While a quick search of the internet will reveal many a competitor who has their own winning Pinewood Derby plan, what I have to offer is one that is reasonably simple and entirely KID TESTED. I’m an uber-competitive-type-A-gal and I like winning as much, if not more, than the next person, but winning doesn’t mean anything if it’s an adult winning a kids’ race. I’ve been around the Pinewood Derby long enough to see how much (or how little) kids are included in the making of their own cars. Our trophies are nice, but knowing my son (and daughter–more on that in a minute) can wax poetic about potential energy and friction reduction–priceless!

If you have a Boy Scout just champing at the bit to build that super fast car–great! But what if you have a son or daughter that is too old/too young/not a boy who wants to compete? Check your local troop, but odds are they have an “Outlaw” or “Anything Goes” division that is open to all comers. This year, my son and daughter took first and second respectively in the Outlaw race. While I’m still dealing with the verbal retribution, this was as it should be–my son put in much more work. But knowing that my daughter can pass this knowledge on to her own son or daughter is worth the arguments.

While this is GeekMom, I’ve never been one for getting on a soapbox about male-female dynamics. I’ve always just figured I’d do my own thing and the rest of the world can just deal. However, I’m going to break from that habit to share a few incidents that seem relevant to this topic.

The first year that we won, we did so by beating a father-son team where the dad was a competitive alpha male type. He didn’t handle the loss with much grace. While I laughed off the situation at the time, it did impact me. I was surprised that in this day and age, being beaten by “a girl” was still an issue. He’s an older father and, I guess, for him, it was. The next year he handled the loss with a lot more class, asking us how we built our car and chatting throughout the race. This year, when his son’s outlaw took third to my son and daughter’s, he walked across the room to shake my hand. The trophies are nice, but that moment meant more.

But he is far from the only father to handle himself badly. Just this year, after three seasons of winning the overall title, a father asked me if our car “was purchased on QVC.” In my younger years, I would not have handled that insult well. I had a short career as a fashion model and for some time after pretty much introduced myself as an IQ just so I wouldn’t only be seen as a face. Now, though, I don’t have anything to prove. My son, daughter, and I simply ignored the comment and moved seats.

While winning is nice–especially when it shuts down guys like Mr. QVC–the real importance of building this car is in how it is shaping my son’s perspective. He, and all his friends who constantly pester me for “winning secrets,” are learning that it is completely normal for a mom to build a super fast car. Hopefully, when the mothers of their children decide they want their own workbenches, no one will think it odd. That is the real lesson behind these cars–for my son, my daughter, their friends, and their friends’ parents.

But still I worried what my son thinks of having been the only mother-son team for the past several years. On the drive home, happily grasping our trophies, I asked him if he was ever bothered by the fact that while he built the car with his mother, all the other boys built theirs with their fathers. His answer still makes me smile.

If you want the full, downloadable instructions–click on! 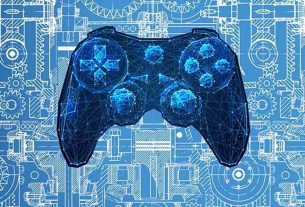