I get excited, borderline giddy sometimes, when a favorite book of mine gets ready to make its way onto the big screen. I follow the trailers, pour over pictures of the casting choices, sets, and costume designs. I gather up the family or plan a date night when the book hits the big screen, but am always unable to turn off my “book was better” skepticism.

I loved both the Harry Potter and Peter Jackson’s Hobbit/Lord of the Rings film series, but had my criticisms of these big-screen versions. Too many characters and scenes added to The Hobbit, and too many scenes and characters left out of Harry Potter. Where was Peeves, for goodness sake?

This has always been an issue. How many ways can they mess up Wizard of Oz? Or Peter Pan? Or Treasure Island?

There have been a few times when I actually liked the movie a little better. I liked the book Ender’s Game, but felt the movie was much less somber. The Jim Caviezel version of Count of Monte Cristo had a more satisfying feeling of revenge, and I liked the way Tim Burton made Big Fish more believable at the end.

So far, 2016 has promised even more books ready to burst into larger-than-life motion pictures. Sadly, the February release of Seth Grahame-Smith’s (and Jane Austen’s) Pride and Prejudice and Zombies was met with a so-so response, so I haven’t brought myself to see it yet.

However, anyone with even a remote interest in J.K. Rowling’s wizarding world is looking forward to seeing Newt Scamander’s reference book Fantastic Beasts & Where to Find Them become a new adventure set on American soil in November. I’m know there is no way this book can become a movie without an added plotline to tie it together, but I’m already a little sad I haven’t seen any references to Uric the Oddball, an entertainingly eccentric wizard mentioned in the book’s footnotes.

Here are some other book-based movies waiting in the wings this year and in the near future, for me to both love and unfairly criticize:

Miss Peregrine’s Home for Peculiar Children by Ransom Riggs. There are two books I sailed through particularly fast of recent, and both are on this list. This tale of a young man’s discovery of the unusual place where his grandfather was raised had a new surprise at the end of nearly every chapter, and I recommended it to anyone who would listen. When I first heard Tim Burton was adapting this book for film, which debuts on screen in September, I couldn’t think of a better marriage of director and story. As much as I love Burton’s style, and can’t wait to see how he handles this eerie little tale, I’m already feeling iffy about the casting of Eva Green as “The Bird,” Miss Peregrine. She’s a suitable actress, but my mind was always set on someone a little older and stouter. Nevertheless, I’ll be there waiting to see this one on opening weekend, as well as for the sequels I’m sure will happen.

The BFG by Roald Dahl. I’ve read pretty much all of Dahl’s books, and one connecting factor is the unfriendliness, and often terrifying nature of some of the main “grown ups” in his works. In contrast, the title character in this July release is a lovable and endearing “Big Friendly Giant” who befriends a young orphan girl and goes against the nature of his “human bean” eating fellow giants with names like “Fleshlumpeater” and “Childchewer.” Steven Spielberg directs this final screenplay that Melissa Mathison penned before her death in 2015, so even if it veers from the book, it may still have that same charm as one of their most famous collaborations, E.T. The Extra Terrestrial.

The Dark Tower by Stephen King. The recent casting announcements of Idris Elba as the last gunslinger, Roland, and Matthew McConaughey as The Man in Black, have gotten some attention on this big screen interpretation scheduled for a 2017 release. I’m not really a big King reader, but I enjoyed this fantasy-western thoroughly, and I’m assuming this film will cover the first book in the series, The Gunslinger. The series was influenced by other literary classics like Lord of the Rings and Wizard of Oz, and I’m curious to see if this plays into the films. It took King more than 20 years to complete this series–30 if you count his 2012 The Wind Through The Keyhole chapter–so I guess bringing this series to life is happening relatively fast. Faster, at least, than my other favorite King, Eyes of The Dragon, which I’m still not sure will ever see the light of day.

Artemis Fowl by Eoin Colfer. Take Alan Rickman’s best “bad guys” and shrink them down into a 12-year-old with Tony Stark’s wit and Bruce Wayne’s funding, and you have criminal mastermind Artemis Fowl. In his first book, Fowl concocts a plan to steal the pot of gold from the fairyfolk, but has no idea what he is about to face. These fairies are pumped up and ready for the fight. There’s not much to know about the forthcoming movie, including when it will actually be made or released, except that Kenneth Branagh is directing. I’m not even sure if this will be based on the first book or if they will try shove a few of the series’ books together, like in the film versions of Lemony Snicket’s A Series of Unfortunate Events. Branagh has worked with characters as varied as Cinderella, Thor, Frankenstein, and Hamlet, so this little imp shouldn’t be too big a problem.

Ready Player One by Ernest Cline. This is the other book on my list I couldn’t put down, and is one of the best debut novels I’ve encountered. Set in 2044 where the world is a nasty, impoverished place, an eccentric billionaire leaves his fortune to whoever is the first one to find the “Easter egg” in the virtual world of OASIS. Five years after this announcement, an 18-year-old named Wade Watts (OASIS name: Parzival) clears the first gate. It just gets more wild from there. Two things that kept going through my mind when I read this book were “this guy knows his ’80s pop culture” and “if this book is ever a movie, the licensing fees will be off the charts.” Luckily Steven Spielberg, who will direct the movie version of this book, pretty much owns most of the ’80s anyways. This movie is, at the moment, tapped for a spring 2018 release date, and the parts of heroes Parzival and Art3mis, and antagonist Nolan Sorrento, have been tentatively cast. That is all I know at the moment, but the casting that interests me the most is who will play reclusive OASIS creator James Halliday. I also know no matter how well they do on this, I just can’t see it living up to this geeky treasure trove of pop culture trivia and references found in the novel.

Even if these movies don’t live up to their source materials, and let’s be honest, they rarely do, I’ll still be wanting to see them. There’s just something magical about seeing a big screen interpretation of the pictures a book created in your head, and comparing your ideas of a character or place with someone else’s vision.

There’s also something smugly satisfying about turning to your movie companions during a film and whispering, “That’s not what happened in the book at all.” 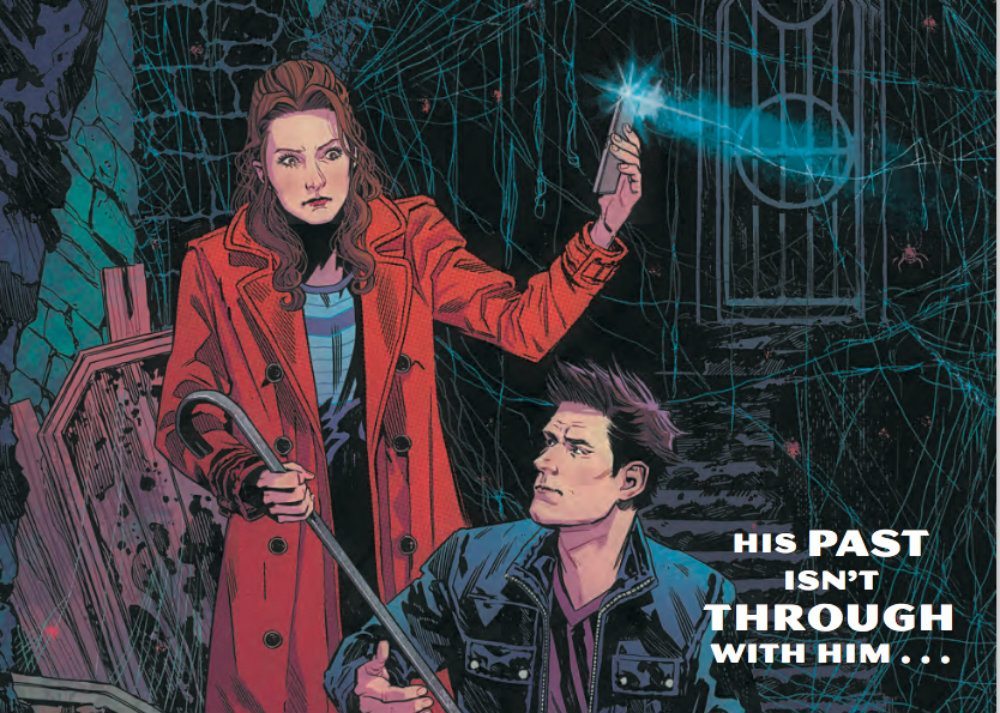