I tend to be a pretty involved parent when it comes to current trends, shows, music, and fads. So when my 9 year-old son came to me three years ago and asked to make a “Half-Life Costume”, I was surprised I had no idea what that was or how to do it.

A bit of research on the internet had me spiraling down the rabbit hole, into an entirely new world: The world of cosplay.

Cosplay is a word derived from the words “costume” and “play”. There are television shows surrounding the most popular cosplayers, YouTube videos showing a multitude of various techniques and materials, and companies popping up left and right that are catering to this new creative outlet.  Most importantly, there are conventions held in every state in the U.S.; these events cater to cosplay and the cosplay culture.

Cosplay is a quickly growing trend. Teens, tweens, and adults young and old are doing it, and it is HOT.

Background:  After months of watching my son being bullied in public school, we had pulled him out of school and were trying to homeschool him. I had noticed a huge drop in self-esteem, and because my son is gifted, he really was having a rough time with the entire business of growing up and life itself. Video games were his thing, as was reading about video games and game programmers. I was being left in the lurch and without much of a clue of how to help him.

When my son came to me one day with a glint in his eye, showing me an image of a grown man in armor from a popular video game, I have to admit the space between my eyes crinkled up and I’m sure I had no idea what I was getting myself into. He was determined, though, and had even researched some of the supplies we would need, including a fan convention he wanted to go to while in costume. We were on our way to learning some really cool things, though I didn’t know it at the time.

While I would love to explain EVERY step of our evolution into cosplay, what I am going to try to do here will be to just go over the basics. Many parents have no clue what the word “cosplay” means.

In this current generation of video games, pop culture, and technology that is growing exponentially, however, I find it helpful to learn as much as I possibly can to help my child navigate the waters.

Here are some of the initial questions, as best as I can answer them, to help you get started.

Cosplay is a form of costuming, generally done at a fan convention (ComiCon is one that most people recognize). My son calls it “Year Round Halloween”.

A “cosplayer” can choose to create a costume based either loosely or strictly upon a character or personality from a television show, game, cartoon, anime, movie, or toy. Cosplayers can display their creations and even compete in competitions at various conventions and sponsored events in every state.

A resounding YES. Children can cosplay and even do a good bit of the work that is involved in creating costumes and characters. Kids tend to be creative and take more risks and chances that result in amazing creations. Allowing a child to learn new skills and to create with their own hands enhances their self-esteem and helps them to learn to adapt to challenging situations.

As far as conventions go, more and more are realizing the need for a “family friendly” atmosphere, and making room for children, tweens, and teens. Kid and Family “Tracks” which incorporate activities that include both children and their parents are becoming more common.

While this is the case, it is also important to mention that there continues to be a presence of scantily clad women, men who don’t know what a dance belt is (trust me, it’s necessary), and creative but maybe not so much rated G-rated themes. Most conventions have rules, however, that the sexy, scantily clad, and adult themed cosplays are reserved only for the after 8pm crowd, and therefore I can happily say we have not had any issues with any of them.

Remember, most comic books have ALWAYS had busty, bathing-suit wearing women on their covers and within their pages, so it’s bound to happen.Just remember, it’s your family, and what you feel comfortable with around your children is your business alone.

Just remember, it’s your family, and what you feel comfortable with around your children is your business alone. As for me, we are fairly liberal and open with discussions about women in the media, and both of my kids are versed on how to react to both rough language and salacious costumes.

3. “What age is appropriate for cosplay?”

I have seen parents dress their kids up as infants, so I don’t think there is a limit.  Would I take an infant to a convention?  No way.  My 4 year old is just now learning that he can run the halls as The Flash and loves it, so that’s our age, but it could be different for your family.  I have not seen many activities at conventions for children that young.  Children starting at around 6 or 7 years old tend to get the most out of kid activities, if the convention has scheduled them.

I hear a lot of this, and all I can say is to keep an open mind, and use YouTube and other outlets to your advantage. While most of our costumes started with just me making them, my 12-year-old is now making his own, thanks to groups on Facebook and in our area that help us to learn new skills.

We take the opportunity to take classes in leather working, electronics (great for adding LEDs to costumes), and sewing in our everyday homeschool lessons. I am also super adept at joining Facebook groups to ask for help. Groups such as the Replica Prop Forum (adults only), Pepakura Library (family friendly, for the most part) and other costuming groups lend to our network of information. The great thing about Facebook is that you can ask a question and get 100 answers within minutes! Find a group that you feel comfortable in. There are literally thousands of costuming and cosplay groups and forums on the internet; there’s something for everyone! If your child has a costume in mind, then definitely do your research.

5. “I don’t think we can afford the cost of cosplay and attending conventions!”

While the cost of some conventions can be exorbitant, often you can find conventions that offer a free ticket to children 12 and under. If not, children are often discounted. We save money monthly, and sometimes have yardsales and sell things we have made in order to save money for conventions. One-day and local conventions tend to be cheaper, with tickets ranging from $5-$15 per person.

While there are a million things to buy, I tend to just allow for $5-$10 spending money per child, bring granola bars, and drink water. Quite a few conventions also have what is called a ‘hospitality’ room, where cosplayers can find water and snacks!

As far as the cost of costuming, there are so many ways to get around purchasing expensive supplies. We use foam for building armor, dollar store clasps for attaching things, and purchase makeup from after Halloween sales at 90% off. Thrift stores are definitely one of our biggest resources.

Learning the skills to make things look like what they are not (foam to wood or leather, for example) is where the art is, which is part of the challenge! Most of our costumes cost us less than $20 to make, though the time involved is always the trade off.

Expect to spend countless hours with your kids teaching them how to hot glue, paint and sew! We also add a little bit each month to our costumes, so if they do end up costing more, we can always spend it a bit at a time. Costumes can take months to finish, working only minutes a week sometimes, so you can stretch the cost out, for sure.

I am amazed at the skills we learn with each new project. From using a Dremel, to sanding, building with wood and plastic, and sewing, my son is slowly but surely building his confidence, learning to use his hands, and maybe even eventually preparing himself for future endeavors.

Mostly, though, I like to see him communicate with people much older than himself, adults and teens alike, about things like video games, artists, technology, and computers. My son constantly amazes me with how he can sit down and hold a very well-versed conversation with others about things for which he is developing a passion.

Self-confidence, vocabulary, and the ability to communicate and debate are allowing my son to learn to spread his wings, and I’m right here to watch!

I’m glad you asked. I’ll be writing several cosplay related features over the next few months. Everything from how fan conventions work to how to get started in Pepakura.

If you have specific questions, please feel free to write them in the comments. I’ll be monitoring questions and adding them to the articles.

Cosplay is an amazing outlet, especially for that awkward tween/teen time when self-esteem can be tied up in so many things. By supporting your child in their desire to express themselves this way, you’ll experience so many amazing and cool things about them. I really hope that through this series I can help at least one child or one parent who wants to help their children to jump into this cool and nerdy/geeky new realm! 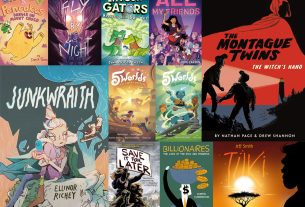 5 thoughts on “A Cosplay Primer for Parents”