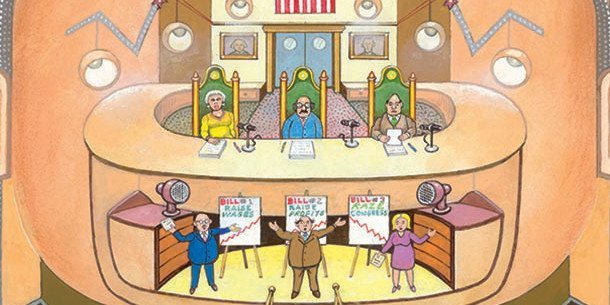 Who among us has never dreamed of being a superhero? If you clicked the link to this article, I imagine you have done so at least once in your life. I have done so many a time. I am thirty-seven and I still do it. I even wrote a superhero novel because if I can’t do it, my imaginary friends can.

When you envision yourself as part of the cape and tights brigade, are you being you or are you someone else? In fantasy land, I’m usually at least three inches taller and definitely fifty pounds thinner, I have ringlets instead of barely tamable frizz, a much cuter nose, and I can run in heels while brandishing my rapier wit. And a katana.

Traditionally, our superheroes fit a certain mold, a mold our intellects tell us is unrealistic but our souls tell us is the answer to all of our problems. They’re not all beautiful (Deadpool) or all white (Falcon/Captain America, Black Panther), or all straight (Midnighter, Iceman), or even all human (Martian Manhunter, Superman). They do, however, all (exception caveat here) have pretty rad pecs (or boobs), abs, and delts, regardless of beauty, race, gender, or species. They seem to enjoy flaunting their attributes as much as we enjoy looking at them (comics, in an odd way, are the great equalizer of male and female gaze).

They are all special and, yet, at the same time, perfect. Even the assholes ones (John Constantine, Punisher). Their abilities set them apart and, from time to time are viewed as threats (Mutant Registration Act, Sokovia Accords) but there’s always, always someone who wants to be that hero because they’re just so damn cool. And when we dream of being heroes, most of us process ourselves through that perfect mold and assume, even if it’s deep down and unacknowledged, that we’d be the better for having done so.

Kamala Khan is a Pakistani-American, Muslim. She has dark skin and dark hair. She’s a teenager and still built like one physically. Her mother wears a hijab and while Kamala herself doesn’t yet do so, she is expected to dress in a manner most of us would call “modest.” She has a curfew. She’s to do well in school. And like us, she has always wanted to be a hero.

When her opportunity comes, via exposure to Terrigen Mist, she embraces it immediately. The first time she exercises her power, she morphs into a clone of her idol, Carol Danvers. Carol, for those not aware, is tall, pale, blonde, has a massive rack, and when she was Ms. Marvel, wore a thong bathing suit while heroing. It was very shiny. Probably pleather.

For a little while, Kamala is elated. She is society’s idea of what she should be and she has superpowers. She is what she always believed to be her perfect self.

It doesn’t take long for the illusion to crumble.

Kamala is uncomfortable with so much of her body showing. Her hair gets in her way. People make certain assumptions about the manner in which they should behave with her when she’s wearing Carol’s body. Also, shocking to no one, the bathing suit rides up something fierce.

What would you do if you found out imagined perfection wasn’t so perfect? If it were me before I met Kamala, I’d probably say, “Stick with it. I’m finally who I wanted to be, things have to get better, right? Now that I’m everyone’s idea of perfect, they’ll love me and accept me. They have to.” It’s natural to look at the greener grass and want to roll around in it instead of in your own weeds, sticks, and brown, dead, poke-y lawn.

If that’s what Kamala had done, we wouldn’t be having this conversation. After a few hours of being Carol Danvers, however, Kamala realizes she likes her skin. She likes her hair. She doesn’t want her ass hanging out. She doesn’t have a rack yet and, if she did, her faith and culture, and her inner self, wouldn’t care to put it on display. Kamala wants to be a hero, but she realizes for it to work, she’s going to have to do it her way.

She creates a new costume. Still from a bathing suit, but from one she calls her “burkini,”permitted by her Muslim faith and in which she feels comfortable. While she uses her powers to “embiggen” her fists, feet, or entire body as needed to fight bad guys, she generally remains in her smaller, shorter, less well-endowed frame because it’s hers and she likes it. She covers neither her dark hair nor her darker skin (she wears an eye mask to protect her identity but she doesn’t cover her face). She allows herself to make mistakes and she learns from them and then she makes more. She still fangirls when she meets the legends (including a very surly just-pre-death Wolverine and a devastatingly charming Loki, Agent of Asgard). She remains, always, always Kamala Khan.

A more difficult path? Absolutely. Kamala has detractors in both her own comic world and in this one. Because she is real. Because she is honest. Because she is gutsy and brave and dares to live her life on her own terms. Because she respects who she has been, who she is, and who she will be more than some fantasy version of herself who fell short of the mark.

Kamala Khan knows something in her delicate, teenage years that I, a grown woman of thirty-seven, am still learning. Something I hope I can impart to my children so they don’t live in needless fear and embarrassment and shame the way I did for so long. So that they don’t ever starve their twenty-one year old bodies down to ninety-eight pounds. So they don’t hide what they love from the people they love for fear of being ridiculed. So that they have an opportunity of which I robbed myself: the opportunity to live their whole lives as their best selves, their most honest selves. The selves who, rather than trying to fit into the boxes the world presents, bring the world to them. To be people who make that world better simply by demanding it take them as they are.

That they can wear the lightening bolt their way and no one, no one has the right to take that from them.

Ms. Marvel is written by G. Willow Wilson. Artists have included Adrian Alphona and Takeshi Miyazawa. Kamala is also one of the All New, All Different Avengers, written by Mark Waid, with artists Adam Kubert and Mahmud Asrur. 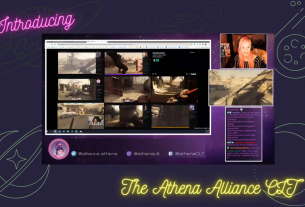