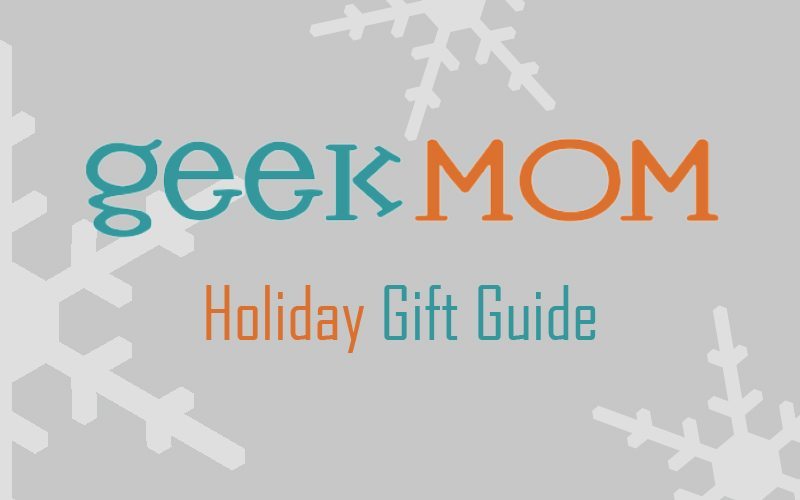 Holiday break is a popular time to binge watch movies and television shows, and to play music while people are off school or work. What are some of the GeekMoms’ favorite media?

Free to Be… You and Me
Prices vary
If you were a kid in the ’70s, you may have watched or listened to Free to Be… You and Me. It was a fantastic movie, and also a record album. My mom even has the piano music book with original illustrations. The message of the project, spearheaded by Marlo Thomas, is that every child is fine, just the way they are. It’s fine to be different, it’s fine to cry, it’s fine to be a boy who likes dolls. It’s good to be nice to other people, and to be a responsible friend. These are messages that are just as important today as they were in the 1970s. Plenty of other famous people participated in the project. Kris Kristofferson, Michael Jackson, Mel Brooks, Harry Belafonte, Alan Alda, Roberta Flack, Carol Channing, Shel Silverstein, Tom Smothers, Dionne Warwick, Rosie Grier, and others all lent their skills and/or notoriety to it. Share this movie, CD, or book with your favorite children today, showing them that you love them, just as they are.

Minions
$19.99
Our favorite Despicable Me characters launch into their own break-out story in this thrilling journey through time. Exploring the origins and tales of Stuart, Kevin, and Bob, Minions shows how our despicable servants began, and how our three unwitting heroes save all Minionkind from extinction! Minions is a great gift for kids who love to be silly, creative, and adventurous. At 91 minutes, Minions is long enough for a parent respite, cuddled with their rapt children, laughing and being silly together. This movie bundle includes Blu-ray, DVD, and digital copies, along with another 91 minutes of bonus content!

Nakatomi Plaza Die Hard Collection
$104.95
Yippee-ki-yay! This special edition set packs all five Die Hard flicks into a replica of that very familiar Los Angeles tower from the first film. Yes, it’s the same one that had most of its windows shattered, the same one that had John McClane’s bloody footprints stamped onto the side, and the same one that aided in blowing an FBI helicopter right out of the sky. Inside, there are Blu-ray and Digital HD versions of all five movies, a bonus Blu-ray on “Decoding Die Hard,” a 32-page booklet about the franchise, and five villain collectible cards.

Back to the Future 30th Anniversary Blu-ray Set
$29.96
One of my favorite movie trilogies, second only to the original Star Wars trilogy, is Back to the Future. I’ve seen it dozens of times, and the time travel/’80s/’50s/adventure/science angles never fail to pull me in. This special anniversary edition has many extras, including interviews, an original new short, a documentary about restoring the movie’s DeLorean, a documentary about the trilogy, deleted scenes, behind the scenes footage, episodes from the 1991 show Back to the Future: The Animated Series, and many more. If you don’t already own a version of the trilogy, this is the set to get.

Inside Out
$18.99
Inside Out was a smash hit before it even hit theaters, and with good reason. Seeing the world of a young lady through the eyes of her emotions is empowering, thought provoking, and makes for an epic saga. As Joy, Sadness, Anger, Fear, and Disgust take their turns in making Riley’s life the best it can be, the watcher gets a compelling lesson in self-acceptance and introspection. For any audience, Inside Out provides a tale that cuts through the heart, and leaves thoughts of kindness and compassion in the wake of a heartfelt journey.

Pride and Prejudice
$19.99
The cross-section of nerdy women and Jane Austen lovers is pretty significant. The year 2015 marks the 20th anniversary of the BBC’s version of Pride and Prejudice. You know, the one with Colin Firth. Though the favorite scene for a lot of viewers is the one with Mr. Darcy coming out of the lake, my favorites are where Elizabeth Bennet is playing piano and having witty banter with Mr. Darcy, while Colonel Fitzwilliam listens, and the one with “the look” while Georgianna Darcy plays piano. You know which one I mean. If you enjoy this movie but don’t yet own it, make this the season you buy it for your own collection.

The Original Star Wars Trilogy
$34.96
With The Force Awakens just out this past weekend, relive the original trilogy as a family! My favorite version is, of course, the original theatrical release, but that can be hard to find. Still, any version of the original series will help give context to the new trilogy, just begun.

The Martian Motion Picture Soundtrack
$7.99
Featuring the songs and original score from The Martian, this soundtrack is a kick in the pants to listen to. Featuring (to Mark Watney’s dismay) a stellar collection of disco hits, the album is a wonderful homage to Mark’s unlikely survival, including “Don’t Leave Me This Way” and “I Will Survive.” Salute your loved one’s favorite new sci-fi hero, and toast his return to Earth with the original score. Of course, if you haven’t read the book, you don’t know what you’re missing…yet.

Guardians of the Galaxy: Awesome Mix Vol. 1
$9.49
“The Awesome Mix” featured on Star-Lord’s Walkman topped the charts for 16 weeks, and was the first soundtrack to reach number one with only previously released tracks to its name. From “Hooked on a Feeling” to “Ain’t No Mountain High Enough,” the 12-track playlist features solid gold tracks appropriate for any generation. Guardians of the Galaxy: Awesome Mix Vol. 1 is a great gift for your Jr. Star-Lord, bonus points if you give it on a cassette with Jr.’s first Walkman.

Emphasis On Testing Cheats Everyone

A New Lego Holiday Website – It’s Worth Checking Out!